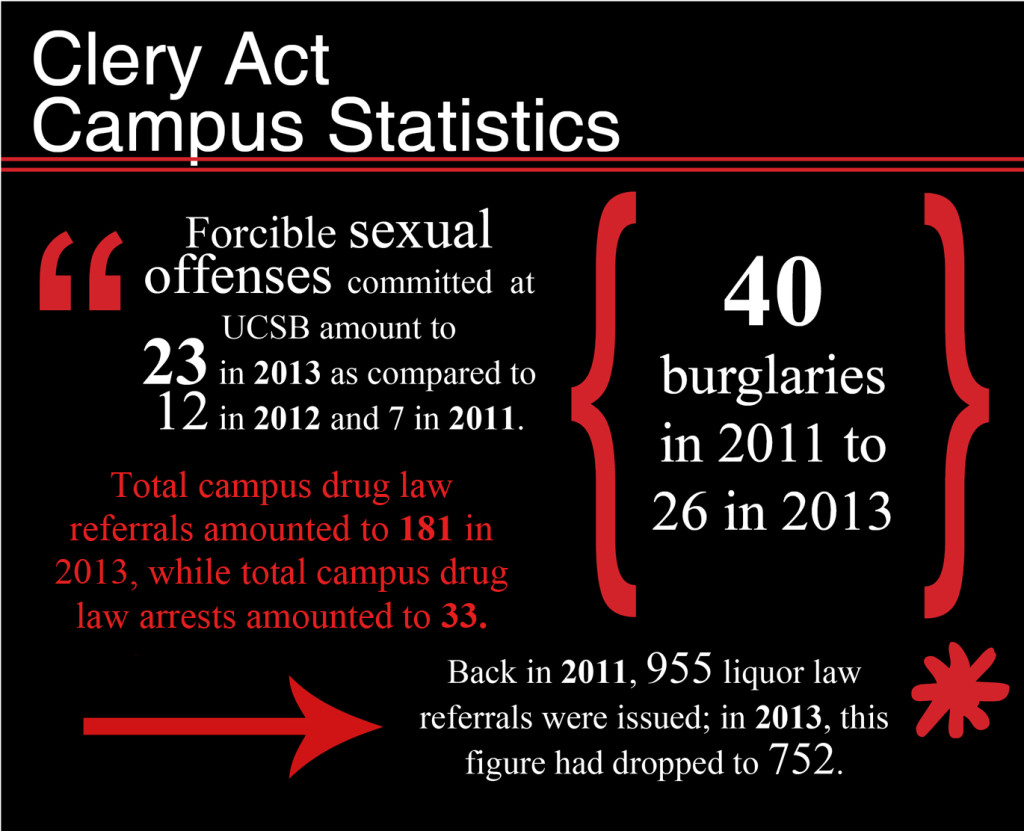 The Jeanne Clery Disclosure of Campus Security Policy and Campus Crime Statistics Act of 1998 is an amendment to the Higher Education Act of 1965. By law, every college and university nationwide receiving financial aid is required to publish a crime statistics act annually. Colleges and universities must submit their crime reports to the Federal Department of Education by October 1 or potentially lose federal funds.

Prior to 2013, the Clery Act did not require the collection of domestic violence, dating violence and stalking statistics. UCSB reported two cases of each offense in 2013.

Since 2010, UCSB has not included Isla Vista crime in its annual Clery Report. It is important to note that students affiliated with UCSB athletics are counted in the report regardless of residence, whereas those in Greek housing are not.

For sexual assaults, the total number of sexual assaults may not have risen. Instead, the number of reported sexual assaults may have risen. Although this is not necessarily true, it is a possibility and one that I think is important to acknowledge. We have better services for victims of assault now than we have in recent years and we also have an increased police presence in Isla Vista. It would make sense for reports to increase because they were only low in past years due to underreporting. I think it is important for students to know the reality of crime… Read more »