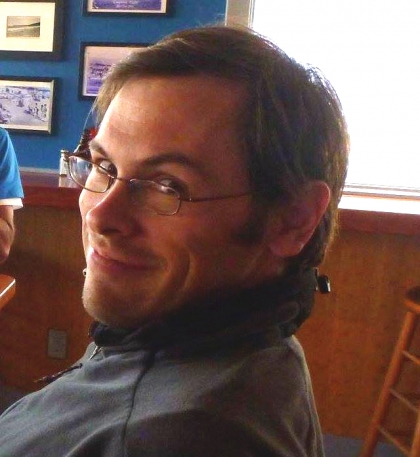 Matthew O’Neill, a Ph.D. graduate student in Special Education, Disabilities and Risk Studies from the Gevirtz Graduate School of Education, was struck and killed while bicycling in August.
Photo courtesy of education.ucsb.edu

Graduate student Matthew O’Neill was killed during a cycling accident in which he was hit by a truck driven by the son of Abel Maldonado, former Lieutenant Governor and California Senator, in Santa Maria on August 9.

Around 7:30 p.m., near Foxen Canyon and Dominion roads, O’Neill was struck by a Chevy 3500 truck pulling a horse trailer while participating in the California Central Coast Randonnée. Due to the 16-year-old driver’s status as a minor, his name was not released, although Maldonado’s 18-year-old son, Nicolas, was a passenger in the car during the incident. According to the District Attorney’s office, the defendant has been charged with non-compliance with driving terms and restrictions and driving a commercial vehicle without a license.

O’Neill had just completed his third year towards a Ph.D. in Special Education, Disabilities and Risk Studies from the Gevirtz Graduate School of Education. The GGSE will be holding a memorial for O’Neill on Friday, Oct. 24 from 4 to 6 p.m.

The 33-year-old doctoral student from Chula Vista lived in Carpentaria while attending UCSB and used his law degree to work as an advocate for individuals with disabilities.

According to O’Neill’s fiancé and UCSB alumna Jennie Passwater, Matthew was a Pacific Coast Highway Randonneur and frequently participated in the long-distance cycling sport in countries from Canada to France and Japan.

“He’s been riding for many years. He’s gone thousands and thousands of miles. He was very experienced, very safety-conscious and he’s been all across the world,” Passwater said. “2003 was when he started doing the long-distance, serious randonneuring. So he’d been riding for a good 10 or 11 years. He loved bicycles his whole life.”

Passwater said O’Neill was well-rounded and an amazing friend.

“He would very much go out of his way to help out a friend,” Passwater said. “He was serious in the daytime but then also was the biggest geek. He was very serious and very calculated in his speech and when he said something he meant it. He was very thoughtful but he was also very goofy.”

O’Neill’s father launched a Facebook page and a website to honor O’Neill and started the “Change a lane, save a life” campaign to encourage drivers to change lanes when passing cyclists on the road.

“He was passionate about educating people and making the world a better place,” Passwater said. “He had given his life so that other cyclists in slow moving traffic will hopefully be saved by people being more aware of the law and that when you’re behind the wheel there are many lives at risk.”

Passwater also noted her hopes for the campaign’s broader potential effects, especially in regard to the many lives that could be saved.

“We just really wanted to reach as many people as we could with our campaign. It’s not just specifically about Matthew,” Passwater said. “Really his life and many other lives would have been saved if people had just changed a lane or waited to pass a cyclist, or give themselves time to adjust their own speed and understand that it’s not worth getting so close.”

According to Passwater the “Change a lane, save a life” campaign focuses on changing drivers’ education to make the roads more cyclist friendly.

“It starts with the sixteen year old that just gets their license all the way to the 70-year-old driving for fifty years,” Passwater said. “We all need to be more aware and remember that it’s not just some annoying cyclist on a bike, it could be someone’s fiancé. As a teacher I think education is the way to go.”

On Sep. 16, California’s “Three Feet for Safety Act” went into effect, requiring cars to keep at least three feet away from cyclists when passing. Before the act was passed, Governor Jerry Brown had vetoed earlier versions calling for drivers to cross a double yellow line to pass cyclists at a safe distance.

Passwater said that with California’s narrow roads, the “Three Feet for Safety Act” does not fully address the needs of cyclists, particularly because the rule allowing drivers to cross double yellow lines when passing bikes is excluded.

“Even with the three feet law, if you can’t give [cyclists] three feet you can still pass them by slowing down without changing the lane,” Passwater said. “Ohio and Florida already have that [double yellow line rule] in their legislature and it has been successfully implemented and has saved lives. It almost became a law in California but it was vetoed so we’d like to get it to the Governor’s desk again with that option on there.”

The Gevirtz Graduate School Department of Education has planned a memorial service to be held for O’Neill on Oct. 24 in the Don Gevirtz Boardroom of the Education Building.

“As a person, Matt is remembered as witty, intelligent and kind,” Senior Associate Dean Betsy Brenner stated in a press release. “He was into extreme long-distance bicycling events, having traveled from Paris to Normandy in one event, and more recently down the coast of California. I will miss Matt, as will many others here.”

According to Louisa Wood, a colleague of O’Neill’s in the GGSE, the school and faculty have been affected by the and have been diligent about informing people on what is going on with O’Neill and “Change a Lane, Save A Life.”

“I think that we forget that our professors are hurting just as much as we are,” Wood said. “We’ve been wearing lots of green ribbons. Green was Matthew’s favorite color and it sort of reminds us bikers have the right to be on the road and to move over for them and give them space.”

Wood also said O’Neill would want something positive to come from his accident and hopes people learn from his story and drive more carefully when sharing the road with cyclists.

“This was a very preventable accident and I feel like the world has really lost a good man,” Woods said. “Every day I think about Matthew and I hope that we can change the way we think about people on the road.”

“According to the District Attorney’s office, the defendant has been charged with non-compliance with driving terms and restrictions and driving a commercial vehicle without a license.”

But of course, there is no criminal charge for negligence resulting in the death of a human being. Murder is perfectly legal in California, provided the killer is sober, uses a motor vehicle, and remains at the scene afterward.

An accident isn’t murder. Get real. No-one goes out to kill cyclists.

> “An accident isn’t murder.” California law refers to such cases as vehicular manslaughter: a motorist’s negligent omission to perform a duty which leads to a death. In this case the negligence was driving without a proper license and operating unsafely enough to strike O’Neill dead with a motor vehicle. A killing doesn’t have to be premeditated to be illegal or to press criminal charges against the killer. > “Get real.” Which part are you suggesting isn’t the reality? Motorists crash an average of 10 million times per year, causing 3 million casualties, 40,000 deaths (including 600 cyclists), and hundreds… Read more »

There must be consequences for taking a life. However accidental or un intentional.
This is not an insignificant fender bender or scraped bumper.
A person is dead.
If there is no cost to the instigator then the lesson can be that human life is insignificant no matter the manner of taking.

The champion for the disabled is lost forever. What this 16 year old took away from the kids of the future is unforgivable. He needs to go to Juvenile Hall, at the very least. Having people in high places does not exonerate him, at all. Justice for Matthew must prevail.