The Daily Nexus
News
UC Board of Regents To Sponsor Technologically Innovative Projects
September 25, 2014 at 5:00 am by Kaitlin Cuskey 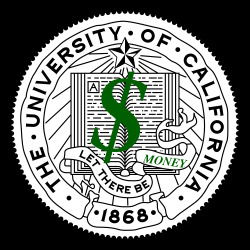 The project is scheduled to move into effect in 2015 and aims to establish a long-term mechanism for profit return investment that builds upon commercialization of innovation and new technology produced throughout the UC system.

According to the UC Board of the Regents, in the fiscal year of 2013, university researchers submitted 1,727 new inventions, which brought the University system’s cumulative total to more than 11,500 inventions. In addition, 427 license and technology agreements were signed allowing for industrial commercialization of university produced inventions, amassing $106.2 million in royalty and licensing fee profit.

UC Venture’s mission is to support and foster the UC’s economic growth through providing funds to UC students, faculty and alumni that use UC research to build their companies, specifically in the areas of life sciences, information technology, energy and materials.

According to the UC Venture proposal, investment capital in research has potential to nurture an “entrepreneurial culture, attract talent and future donors to the University,” and spread knowledge of the UC’s “innovation economy.”

UC President Janet Napolitano said the prospects of UC Ventures were far reaching in that it will not only aid startups to build their companies, but will also allow for the application of UC research to reach the world.

“In addition to any financial benefits, we see this fund as a potential vehicle for providing resources to support the basic research and talent — among both faculty and students — required to develop innovations that can benefit California and the world,” Napolitano said in a statement.

The idea for a UC investment vehicle came from a proposal at a Regents meeting in Jan. 2012 when Regent Sherry Lansing examined a Technology Transfer Group to work on the most effective ways to commercialize technology produced at the university.

According to UC Office of the President spokesperson Steve Montiel, UC Ventures is a work in progress with many details that have yet to be worked out, such as how startups will acquire funds and how the specific investment team will be built.

“We’ve been exploring this for over two and a half years, a way to develop and enhance tech commercialization at the university, looking at the best and most effective practices while looking to protect against risk,” Montiel said. “Right now the project is just a framework, infrastructure needs to be in place before some of the details can be worked out.”

Montiel said there may be an opportunity to seek additional capital from third party investors but this has yet to be confirmed and as of now, the funds will come from the UC endowment which holds $91 billion dollars.

“The initial funding of $250 million dollars is coming from the endowment fund and investment holdings from the Chief Investment Office — no state funds or tuition money will be used,” Montiel said. “There is a possibility of inviting third party investors, but right now, UC Ventures envisions money coming from the OCIO. Whether there will be third party investors has yet to be seen because the team has not yet been established.”

According to Montiel, UC also intends to include a possible “Holding Company,” a university group in charge of the funds in addition to an independent advisory board of successful investors in Silicon Valley and California.

“The possible Holding Company would be owned and controlled by the university and would be the sole, primary investor in UC Ventures,” Montiel said. “In addition, the CIO may also enlist a group of select industry specialists, investors with successful track records in investment in research to help advise and look into investment opportunities in life sciences, information technology, energy and materials.”

Daniel Spokoyny, a third-year computer science major who works in a natural language processing startup, said acquiescing money for research can be a convoluted process, especially for a new startup.

“Securing a grant is already a difficult process. Most got to academia and non-profit organizations,” Spokoyny said. “It is especially difficult for startups to acquire a grant because once you are a ‘for-profit’ company the process of getting a grant becomes much more complicated. It is also hard because startups are unproven while a lot of funds are allocated based on reputation.”

Spokoyny said if this new investment strategy can help allocate money to people trying to commercialize and apply their research to real world solutions, UC Ventures might be incredibly successful.

“Research is expensive and requires a lot of high-tech equipment that established labs can afford but most startups cannot,” Spokoyny said. “I think UC Ventures has the potential to be a great program, especially if it encourages more students to take what they’ve learned and put it to good use.”

Associated Students External Vice President of Statewide Affairs Melvin Singh, a fourth-year political science and film and media studies double major, agrees that UC Ventures appears to be a budding program capable of completing a cycle of benefits from the public to the university and back to the public.

According to Montiel, the overall goal of UC Ventures is to make investments in students, research and knowledge that will produce financial returns in order to continue to benefit the whole University system and all its parts.

“In private equity, the investment is made with the hope that the investor will make money from that investment. It is different from investments in stocks or fixed income, the whole idea is to generate attractive returns on this investment,” Montiel said. “These returns will then be able to be used to support basic students needs, to produce future research and to benefit the whole community within the University. We hope that the benefits of the funds will work to continue attracting the best talent and entrepreneurship across the UC system.”

This story appeared on page 3 of Thursday, September 25, 2014’s spring edition of the Daily Nexus.