The Daily Nexus
News
UC Regents Finish Up Summer with Finances, Appointments, Task Forces
September 23, 2014 at 3:19 am by Peter Mounteer 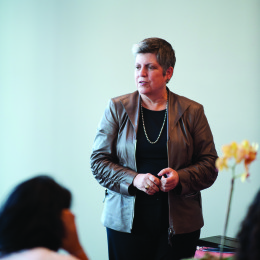 The Regents of the University of California held their last meeting of the summer at the UCSF Mission Bay Community Center last Wednesday and Thursday, where they appointed a new UC Irvine chancellor, discussed future plans regarding UC finances and received recommendations for the sexual assault task force recently created by UC President Janet Napolitano.

During public comment, speakers addressed the Regents about issues such as the UC’s investments in fossil fuel companies as well as University efforts to respond to sexual assault on campuses.

Afterward, Napolitano discussed the UC investment portfolio and gave updates on the UC-Mexico Initiative and the UC Global Food Initiative. The University Committee on Educational Policy presented initial recommendations from the sexual assault task force and then discussed partnerships at UC Davis to advance food and health research.

Educational Policy Committee Chair Regent Bonnie Reiss said the task force would continue its work into the next year and quickly draft a plan to implement its recommendations by July 2015.

“As Regents we take very seriously our role as stewards of UC. We care about maintaining our role as the premier research institution on the planet,” Reiss said. “As important as this mission is, providing a safe environment is every bit as important, perhaps more important.”

The recommendations included the creation of consistent a “response team model” at all campuses with separate focuses on reporting and prevention education; system-wide standard investigation and adjudication standards; a system-wide training and education plan for students, staff and faculty; community education about UC programs; creation of an independent confidential advocacy office for sexual violence on each campus; a system-wide website customized for each campus to provide students with resources regarding sexual assault; and a “standardized data set” leveraging existing sexual violence data, to report data in a consistent manner, with agreed upon definitions.

Badalich said student respondents played a large role in generating some of the recommendations, especially the recommendation to establish an independent confidential advocacy office and the system-wide, campus-customized website.

“Many students on campuses don’t know who to go to, who they can talk to about their assault without having to give a mandatory report,” Badalich said, speaking from personal experience. “After my assault I Googled ‘sexual assault at UCLA’ and the many different websites confused me, so one website would be very effective.”

Badalich also emphasized how sexual assault prevention education and alcohol abuse education should not be “conflated” in new student orientation presentations and said that all faculty and staff should be required to participate in “survivor centered” sensitivity training.

According to Reiss, the system-wide standardization of penalties and minimum responses following a guilty verdict in the university adjudication of a sexual assault case will be further assessed in Phase II of the task force’s work. Badalich also said the task force would keep itself open to additional recommendations in the work it does in Phase II.

The Regents then convened the Committee on Finance and discussed the UC’s energy service programs to achieve climate neutrality in a presentation given by newly appointed Chief Financial Officer Nathan Brostrom and UCOP Vice President of Budget and Capital Resources Patrick J. Lenz.

According to Brostrom, widespread efforts to reduce greenhouse gas emissions are taking place across campuses, with each university cutting its emissions down to the same levels they were in 2000, as per University climate policy. Brostrom also said the UC is examining ways to reduce greenhouse gas output by eventually transitioning from burning natural gas to burning biomethane, with proposals on such efforts to come as early as the November Regent’s meeting.

Brostrom and Lenz also overviewed the budget for the current fiscal year before discussing preliminary budget priority recommendations for the 2015-16 fiscal year. Among the preliminary recommendations for the priorities of the next fiscal year were a minimum of $120 to $130 million in mandatory costs, a minimum $195 million in high-priority costs and $50 million in “quality reinvestment” costs to increase graduate student support, reduce the student-faculty ratio and reduce faculty and staff salary gaps, among other purposes.

According to a memo from UCOP to the Committee on Finance, the $120 million in mandatory costs are unavoidable costs that must be covered before other high-priority costs or initiatives can be funded. Lenz said if Governor Jerry Brown maintains his four percent increase in the UC’s general fund as part of his multi-year education funding plan — an amount of about $119 million — that revenue could “just fall short” of covering the proposed mandatory costs.

Following the presentation, Regent Richard Blum said he is dissatisfied with what he described as the state’s “continuous” underfunding of the UC system.

“We are now educating 78,000 more students with the same amount of money … than we did 25 years ago,” Blum said. “How do we do it? Larger class sizes, not a good thing. Greater tuitions, let buildings run down … there’s hardly a month goes by that I don’t hear about some dean or some chancellor worried about losing yet another good person because of a much better offer.”

According to Blum, “corruption” in Sacramento is due to the UC’s current funding issues.

“We at the University get the short stick,” Blum said. “We’re gonna turn this place into a community college if we keep going the way we are … after watching all this for all these years, I’m tired of it.”

According to the slides of the Lenz presentation, between fiscal years 1990-91 and 2014-15, state funding for the UC grew 31 percent while inflation grew 80 percent. The UC also enrolled over 82,000 more students.

The Regents then approved a $297 million dollar package to fund 15 capital improvement projects, mostly related to infrastructure and “seismic/life safety needs” as part of the 2015-16 budget for state capital improvements. One proposed project included $15 million in seismic work on UCSB’s Campbell Hall, subject to further review at the November Regents meeting.

Prior to convening the Committee on Investments, the Regents heard from Jefferson Kuoch-Seng, a fourth-year management major at UC Merced and newly elected UCSA President who discussed the continuation of the IGNITE campaign, aiming to “dismantle the school to prison pipeline” as well as the recently announced UConsent campaign against sexual assault and sexual violence. Kuoch-Seng also spoke against tuition increases despite what he described as the UC’s “budget shortfall”.

The Committee on Investments then heard a discussion item from UCOP Chief Investment Officer Jagdeep Bachher on the status of the UC’s investment portfolio in the last fiscal year. According to slides presented during Bachher’s presentation, the UC’s total assets under management grew almost 15 percent in the last fiscal year, increasing $78.4 billion to some $90 billion, described as an “all-time high.” The UC’s investments, according to Bachher, are approximately 70 percent in North America, with 10 billion dollars in Asia, and five percent in “emerging markets,” with roughly half the total assets invested in the stock market and 20 percent and 30 percent in alternative assets and fixed income sources, respectively.

After lengthy discussion, the Regents also approved the establishment of UC Ventures, an independent fund to pursue investments in companies that use UC research, subject to approval of the Regents with an initial amount of $250 million to get started.

“Its pretty clear that there are opportunities, they have been profitable for investors and they exist within our organization,” Bachher said. “It is a new way to finance and benefit from innovation within the University of California.”

Regent Blum said he thought it would be difficult to attract investors away from private companies in the Bay Area and cautioned Bachher on the proposal.

“Other universities have done it but … you are entering into a long hard struggle and I would be very surprised if you come back three or four years from now and you will have made any money at all,” Blum said.

Task force member Bachher said he recognized efforts made by Fossil Free UC toward fossil fuel divestment and said that of the UC’s $90 billion dollar investment portfolio, roughly 10 percent of it is anchored in energy investments. According to Bachher, divesting from companies in the top 200 of emitters would result in a divestment of $3 billion, while cutting coal investments alone would equate to a $500 million dollar divestment.

The Regents also passed a motion recommending the establishment and implementation of a framework on sustainable investment to be completed by June 2015 that integrates environmental, social and governance (ESG) factors as a core component of “portfolio optimization.” The board allocated $1 billion over five years to investment pursuits in renewable power and fuels as well as in energy efficiency, among other possibilities.

The Committee on Compliance then presented to the board several discussion items on the internal auditing activities conducted at all UC locations between July and August, as well as a presentation by UC Berkeley Chancellor Nicholas Dirks on recent NCAA rule changes and their impact on the PAC-12 conference, of which UCLA and UC Berkeley are members.

During the Thursday morning session the Regents appointed Howard Gillman as UC Irvine’s sixth chancellor following the departure of former Chancellor Michael V. Drake, who has been serving as Ohio State University’s president since June.

Gillman previously served as the provost and executive vice chancellor, and was interim chancellor for the Irvine campus since January. According to Napolitano, Gilman was selected after a four month national search from a pool of some 405 prospective candidates. The board also approved a $485,000 compensation package for Gillman.

Chair of the Board of Regents Bruce Varner praised Gilman’s leadership ability and dedication during the appointment.

“Strong leadership is central to the excellence of each of our 10 campuses,” Varner said in a UCOP statement. “Chancellor Gillman has demonstrated he has the leadership attributes, the vision and the dedication to public service needed to move UC Irvine forward with vigor and integrity.”

Gillman gave a brief address following his confirmation by the Regents. Following Gillman’s remarks, the Regents reconvened the Committee on Compensation and passed an action item to develop a policy to keep the compensation of UC chancellors competitive compared to “peer institutions.”

The Regents also passed a motion to raise the pay of four UC chancellors who are among the lowest paid chancellors in the UC system, including UCSB Chancellor Henry T. Yang. The motion’s approval of increased Yang’s pay by roughly 20 percent, from $324,450 to $389,340.

UC Santa Cruz Chancellor George Blumenthal and UC Merced Chancellor Dorothy Leland also had their compensation packages raised 20 percent with the passage of the motion. A five percent increase was also given to UC Riverside Chancellor Kim Wilcox in the same motion.

The Committee on Health Services was then convened and heard a discussion on the current financial status of the UCSF Medical Center and its soon-to-open Mission Bay Hospital, as well as a discussion on the needs of each campus to address student mental health. Regent William De La Pena requested further investigation of mental health needs of students across UC campuses and asked for a more detailed report to be presented at the Regent’s November meeting.