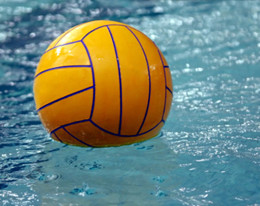 The UCSB men’s water polo team defeated the No. 9 UCSD Tritons on Saturday, 13-10, to bring its record to 5-1. The No. 7 Gauchos were spurred on by their rowdy fans to victory in their first home match of the season.

​Santa Barbara led at the end of every quarter of the game and had momentum throughout the match. Senior goalie Chris Whitelegge had eight saves and was a defensive stalwart while seven different Gauchos scored.

​“It was a good game. We knew they were gonna be tough,” Coach Wolf Wigo said. “We did what we had to. We maintained a somewhat comfortable lead and we didn’t let them come back all the way to tie it. If they had, then it could have got dicey. It was a great team effort.”

​UCSB made it a point to work hard against UCSD’s star player senior utility Josh Stiling. With a strong defensive presence, the Gauchos kept Stiling to three goals while making the Tritons focus their attacking plans through other players. With his goals, Stiling was able to keep the score close however.

​After UCSD’s senior utility Luca De Vivo tied the game at 6-6, the Gauchos went on a run of their own. Baliani, Hamilton, and junior attacker Kevin Cappon scored to give the Gauchos a three-goal lead. From there, the Tritons never caught up as UCSB entered the fourth quarter up 9-7 and added to the lead to make the score 11-7 with goals from junior two-meter Nicholas Jordan and Baliani, his third of the match to give him a hat-trick.

​A second goal from Cappon extended the Gauchos’ lead before the Tritons scored three goals to trim the lead to two. Junior utility Chase Racich sealed the game for UCSB with a goal with 13 seconds left in the game.

​“It was a great first game back for us. Huge fan support, school’s not even in session yet and our stands were full. A lot of energy… It was our first home game and a fun way to start the season,” Hamilton said. “Legs [Whitelegge] is the rock of our defense. It’s really easy to play water polo when you have him playing behind you. We just try to make it as easy on him as possible. We just try to do our jobs and let him take care of the rest.”

​The Gauchos will now look towards the Nor Cal Tournament and their matchup with LMU this upcoming weekend before going to USC to take on the Trojans on Oct. 4.