The Daily Nexus
Volleyball
UCSB Attempts to Repeat as Big West Champs
August 27, 2014 at 5:00 am by Sarah Stigers 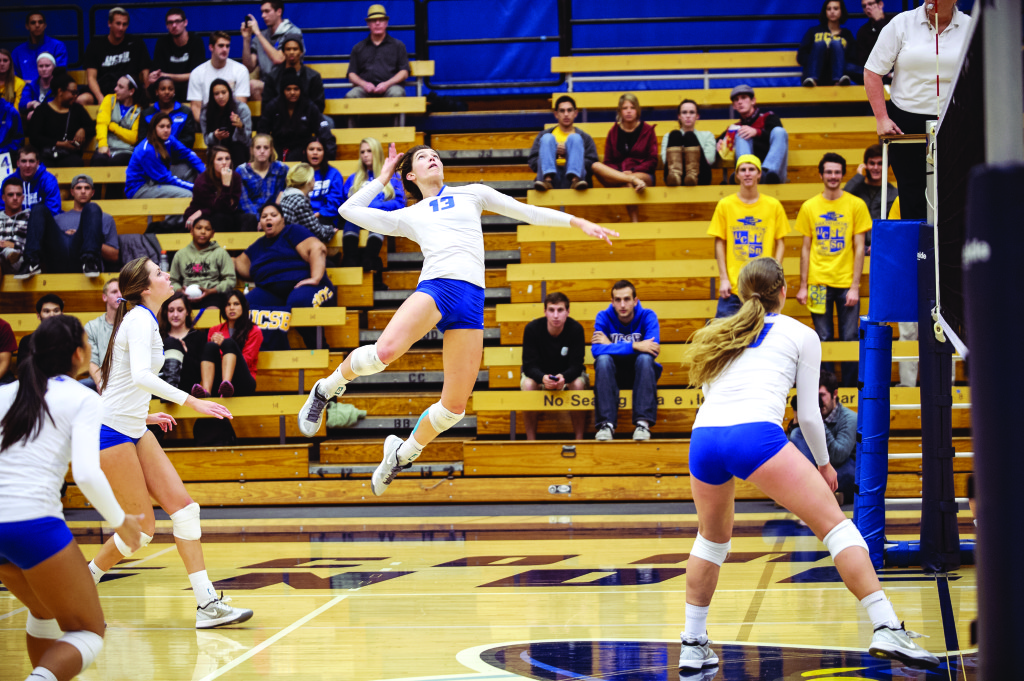 Following a winning 18-11 season and a NCAA tournament appearance in 2013, the UCSB women’s volleyball team is looking to live up to expectations as it goes into the 2014 season ranked third in the Big West preseason poll.

Though the team lost key starters in opposite Katey Thompson and UCSB’s all-time digs leader outside hitter/libero Leah Sully, it also gained six new freshmen to the roster while maintaining five starters from last season.

Head Coach Nicole Lantagne Welch will also be returning for her second season as the team picked up a new assistant coach, Ryan Walthal, in addition to existing assistant coach Kolby O’Donnell.

Placing first in the Big West last season counts six titles for the team and 28 total appearances in the NCAA tournament for UCSB. Returning starters for the Gauchos this year include outside hitters sophomore Ali Spindt and junior Ali Barbeau, as well as sophomore middle blockers Phoebe Grunt and Allie Sullberg.

Losing Sully will be a hit to the team’s strength and versatility as her true position as an outside hitter was sidelined to fill the role as the team’s starting libero. Searching to fill the gap left by Sully, UCSB has recruited three liberos: freshmen Sydney Bast, Kelly Bielaski and Jane Lamp.

In the Big West Preseason poll, the Gauchos came in behind Hawai’i and Long Beach State and one spot ahead of long time powerhouse Cal State Northridge. The first Big West conference game for the Gauchos will be at home in the Thunderdome against rival Cal Poly on Saturday, Sept. 27. at 7:00 p.m.