The Daily Nexus
News
Senate Passes Bill to Prevent Gun Violence, Sent to Brown
August 27, 2014 at 5:00 am by Peter Mounteer 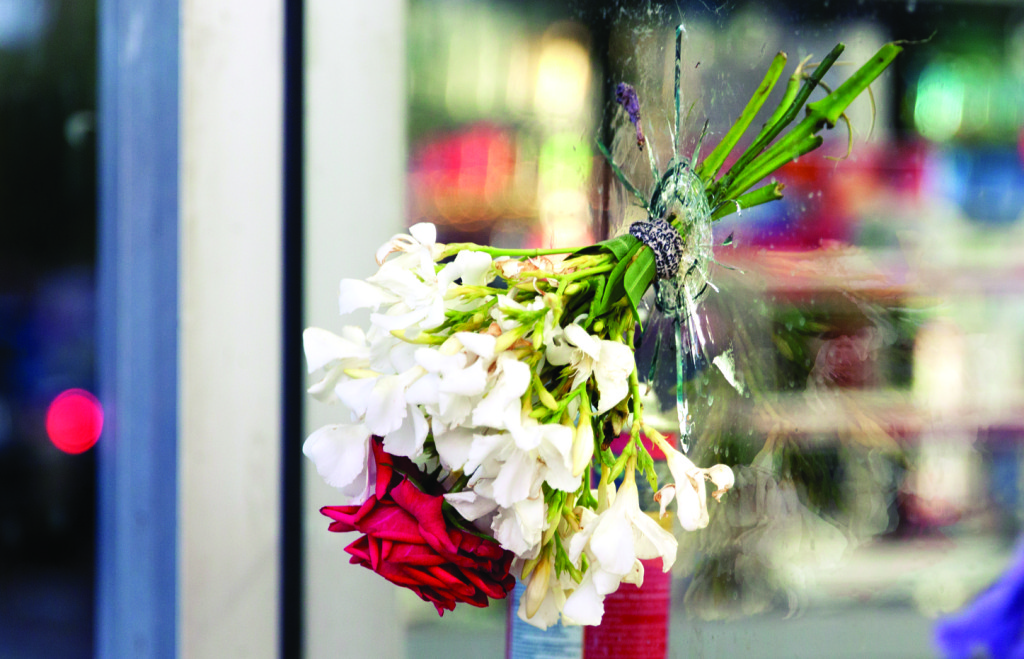 Following the tragic shooting that took place in I.V. on May 23, the bill was introduced. The purpose of the bill is to assure that law enforcement has adequate information when responding to welfare calls.

The California State Senate unanimously passed Senator Hannah-Beth Jackson’s bill to prevent gun violence last Friday, and the bill now heads to Governor Jerry Brown, who must approve the bill by Sept. 30 for it to become law.

The bill was introduced following the events of the May 23 Isla Vista mass shootings which killed six people, three of gunshot wounds, by SBCC student Elliot Rodger. Three weeks prior to the shooting, Santa Barbara County Sheriff’s deputies contacted Rodger as part of a welfare check at his parent’s request but did not know he possessed any firearms and cleared the call. SB 505 requires law enforcement agencies across the state to develop and implement policies encouraging officers to consult the Department of Justice’s Automated Firearms System prior to conducting a welfare check.

According to Jackson, the purpose of the bill is to ensure that law enforcement has adequate information at their disposal when responding to welfare calls.

“This bill would help ensure that law enforcement agencies are using all the tools available to them to gather potentially life-saving information for themselves and others,” Jackson said in a statement.

According to Senator Jackson’s communications director Lisa Gardiner, while welfare checks can be conducted by law enforcement for various reasons, SB 505 only applies to calls where “there is a concern the person may be in danger to themselves or others.”

Welfare calls are fairly commonplace, but consulting the Automated Firearms System prior to taking a call is not standard procedure and would only occur if deputies felt the individual in question posed a threat to themselves or others, Santa Barbara County Sheriff’s Office spokesperson Kelly Hoover said. According to Hoover, deputies responding to the April 30 call for Rodger did not feel the need to consult the register based on their interaction with him at the time, and were thus unaware he possessed any firearms.

Hoover also said deputies are empowered to ask individuals possessing weapons to voluntarily forfeit them during a welfare check but that responding to such calls alone does not permit the sheriff’s office to simply seize weapons.

“It’s an officer safety issue,” Wilcox said. “A lot of resources have gone into having the kind of database we have in California and we, including law enforcement, should be taking full advantage of that information.”

The bill has received the support of the Brady Campaign to Prevent Gun Violence and the California Police Chief’s Association. The latter group, according to Gardiner, lobbied for the bill to enable local law enforcement agencies to design policies on how law enforcement officers would consult the Automated Firearms Systems database.

A version of this story appeared on page 4 of Wednesday, August 27, 2014’s print edition of the Daily Nexus.