The Daily Nexus
Sports
Gauchos Look to Finish Atop Big West Conference for Second Straight Year
August 27, 2014 at 5:00 am by Michael Jorgenson 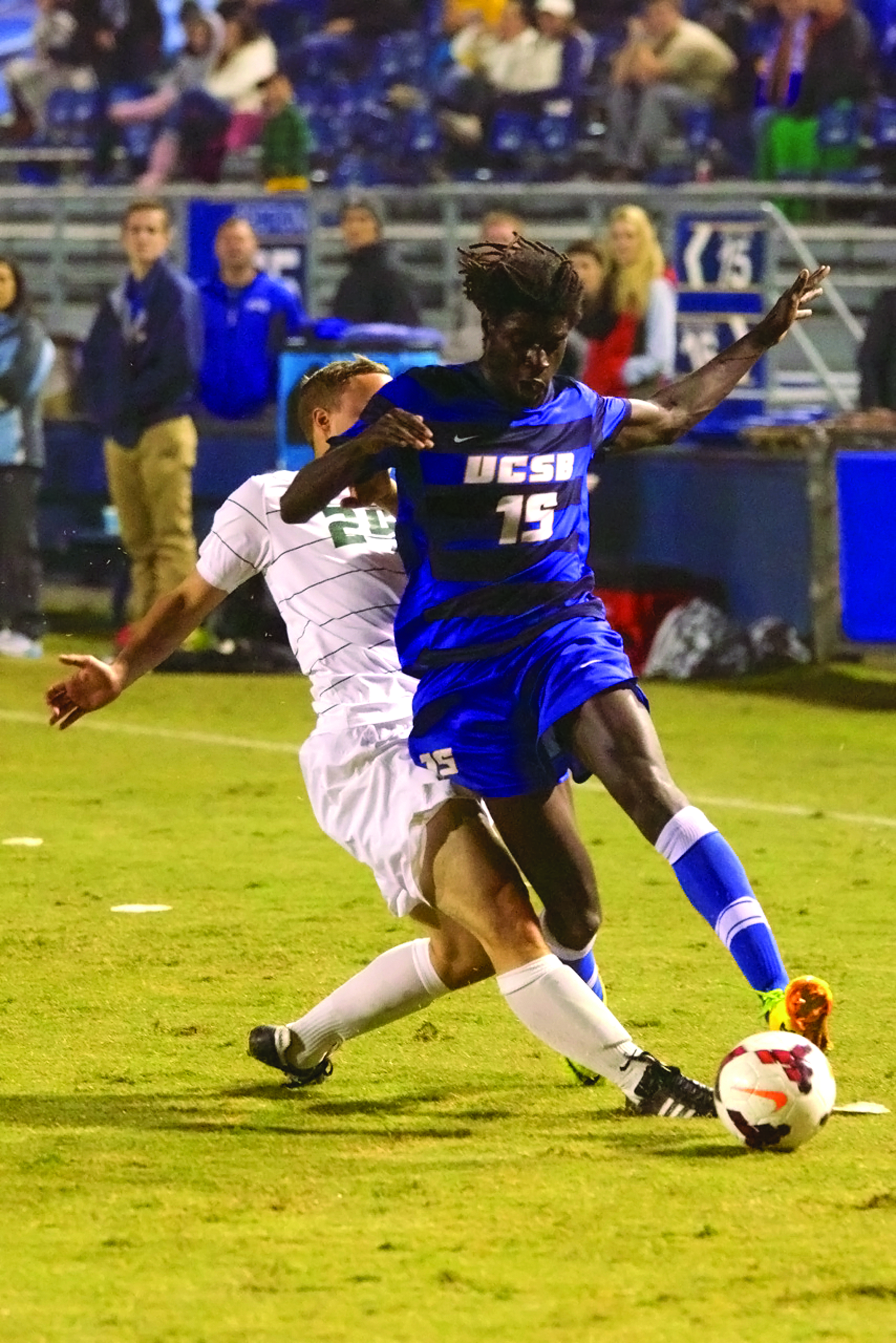 The UCSB men’s soccer team is the crown jewel of UCSB sports. It’s a program that won the national championship in 2006 and has been a consistent producer of professional-level players for years.

The team earned a No. 10 seed in the NCAA Tournament last season, pushed there after earning an impressive 7-0-3 conference record during the regular season.

The Gauchos can thank their success at least partly to their excellent fan base which never misses a chance to provide overwhelming support at home games. UCSB’s students have helped make their soccer team No. 1 in the nation in college soccer attendance for the past six years running.

This year with the departure of five starters and a large number of new recruits, UCSB will have a new look to it. Sophomore Ismaila Jome leads the Gauchos from the midfield as their most exciting young prospect, being the only player on the team voted to the Big West Men’s Preseason All-Conference Team as well as being named to the Preseason All-American Third Team by College Soccer News.

Defensively, stellar goalkeeper Josh McNeely will be UCSB’s last line of defense just outside the net. The sophomore is coming off of a brilliant freshman year in which he set numerous freshman program records, including lowest goals against average with 0.83 goals allowed per game and minutes played with 1,836. His performances earned him the title of Big West Preseason Defensive Player of the Year as voted by College Sports Madness.

In UCSB’s first game of the preseason against Westmont, the Gauchos dominated on their way to a 2-0 victory. Senior forward Reed McKenna looks primed to be an offensive leader this season already having tied his offensive production from last year with a goal and an assist in this year’s opener.

Goals might be hard to come by for a relatively inexperienced squad, especially after the departure of the team’s top two goalscorers in Goffin Boyoko and Achille Campion. However, the 15-goal total that those departing players left behind might open the door for new players to showcase their talent.

“We’re replacing [last year’s starters] with one of the best freshmen classes we’ve had in a long time,” Head Coach Tim Vom Steeg said. “The key is for us to incorporate our young players and have the starting sophomores step up and show their improvement. If we can get goals from new players, work on our defense and get on the same page, then by the end of the year we will be a very good team.”

UCSB will be playing at home during move-in weekend against San Diego State on Sept. 26 and Drake University on Sept. 28. The Gauchos’ quest for another Big West Conference title begins Oct. 2 at Harder Stadium against Cal State Northridge.