The Daily Nexus
News
Former A.S. President to Run in County Election
August 27, 2014 at 5:00 am by Brittany Tholan 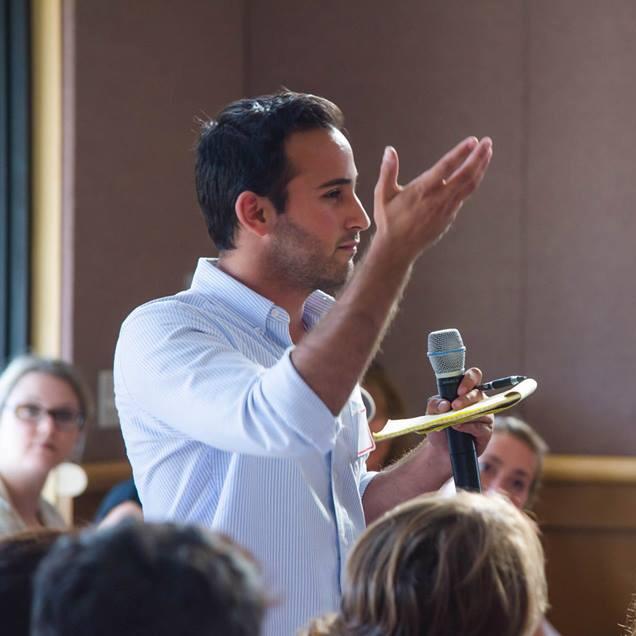 This fall’s county elections will determine just how much of District 6 — ranging from student-clustered Isla Vista to the multi-million dollar residences of Hope Ranch — is “all Abboud it.”

On Aug. 12, last year’s Associated Students President Jonathan Abboud announced his intention to run for the District 6 representative seat on the Santa Barbara City College Board of Trustees. If elected to the seven-member board, Abboud will serve a four-year term as the board’s full member, attending monthly meetings, determining board general policies and making decisions governing the total operations of District 6 and SBCC.
According to Abboud, his time managing student demands along with administrative affairs as A.S. President last year has acted as a driving force prompting him to continue involvement in the Isla Vista community through work as an SBCC trustee.

“I was on the other side,” Abboud said. “I was on the student side trying to make change and I want to help the people who live here, at least, feel that they have a say.”

If elected, Abboud said he would focus on providing adequate financial aid to SBCC students, help students transfer after two years and potentially establish a mental health clinic open to all residents in I.V.

“Let’s say there is available financial aid, it might be difficult to access,” Abboud said. “And that’s the problem a lot of the time, is these resources exist, but it’s not really made known that easily or if you go in for help, it’s hard to get help.”

Abboud is running against Ethan Stone, a retired entrepreneur and current Hope Ranch resident who once served on the board of Hope School District.
If elected, Stone said he would focus on creating more SBCC student housing options, would work toward fostering a safer environment in I.V. in response to the tragic events last May and would encourage education opportunities for adults in the District 6 area.

“I think [adult education] is a great way to integrate the city college into the overall community,” Stone said, “by including everyone in the community as lifelong learners.”

Following the Nov. 4 election, the board’s primary challenge will include managing the outcome of Measure S, a proposed bond measure which, if approved, will allocate $288 million toward various physical renovation projects for the community college.

If the measure passes, Abboud said he would have to put his projects on hold in order to focus on managing money generated by the bond.

“It’s foolish to just come in, guns blazing,” Abboud said. “Because yes, sometimes it’s good to upset the current structure, but at the same time it’s a four-year term, and you don’t want to waste all of your political capital in one meeting.”

Abboud is currently working to promote self-governance in I.V. by working to bring back the Isla Vista Community Council and said he will continue to pursue leadership roles in the community.

“I’ll spend my whole life trying to find a job like that,” Abboud said.

A version of this story appeared on page 8 of Wednesday, August 27, 2014’s print edition of the Daily Nexus.