Adjustments to the Gaucho Insurance decreased the maximum mile radius to 30, leaving more students ineligible for the waiver 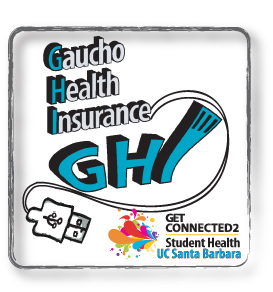 Students with health insurance providers outside of a 30-mile radius around Student Health are now ineligible to waive Gaucho Health Insurance according to policy changes made earlier this year.

The Gaucho Health Insurance policy is discussed and re-evaluated annually by a Gaucho Health Insurance Advisory Committee, comprised of undergraduate and graduate student representatives as well as leaders in the Division of Student Affairs, Student Health Services and Counseling and Psychological services. The committee sets recommendations using cost and benefit analysis to revise the insurance policies. While the UC Office of the President requires students to have an in-network doctor or hospital in order to waive the campus insurance plan, individual campuses determine that network’s radius.

Thirty miles is the smallest network radius of the UC campuses, but also the most common. UC Berkeley, UC Riverside and UC Santa Cruz also require healthcare within 30 miles. UC Davis has the largest radius of 175 miles.

“We considered what would increase the number of healthy students on campus and if the new additions would make students more receptive towards using Student Health,” Hashemi said.

According to Hashemi, the GHI Advisory Committee made the decision with the intent to promote campus health, not to cause students difficulty.

“They wanted to change it so that students with Kaiser wouldn’t be able to waive, not to make it harder for students to pay for this health insurance, but to have them be able to have access to good health care where they were,” Hashemi said.

UCSB Student Health Executive Director Mary Ferris said the mileage limit was set with the consideration that students have had problems in the past reaching their nearest health care provider.

“We know that that excludes things in Ventura County, especially Kaiser which is 40 miles away,” Ferris said. “For students that don’t have a car, we’ve had some real crisis where students could not get care because it was so far away and they had no way to get there. It’s not just Kaiser but any limited HMO (Health Maintenance Organization) that didn’t have care within 30 miles we felt was not reasonable to meet the minimum requirement for insurance. Other campuses like Los Angeles or Berkeley don’t have the same problem because there are so many services nearby to them, but for us it was more of a big deal.”

“Living with a single parent who is still paying off her undergraduate loans, her graduate loans and still trying to help me out with my school loans — it is impossible to keep on adding these fees to tuition,” Kodelashvili said. “If it was maybe a more reasonable price for insurance then that would be different, but for my friends who bought the insurance last year, they were paying more than they were actually being covered for … so it seemed like a huge waste of money.”

Although there is an appeals process, Kodelashvili said the sentiments remain.

“I just really hope that in the future, students will be able to make these kinds of choices, because this is a personal choice; this shouldn’t be mandatory,” Kodelashvili said.

Ferris said GHI is reviewed annually by the advisory committee and must be adjusted to meet recent health care reform standards.

“Every year we have to review the benefits and some of the changes were mandated by the Affordable Care Act, and that’s one reason why the price had to go up because certain coverages have to be included,” Ferris said. “But then we also made changes to keep the price down.”

According to Ferris, although the price of Gaucho Health Insurance is higher, financial aid rewards are set to accommodate the rise.

“One of the reasons we had to make our decisions so early in the year, by February, is that we decided the premiums for the next year, because financial aid always adjusts by that amount for rewards,” Ferris said.

Ferris also said the mileage requirement restricting the amount of students who can waive school insurance was created because the UC Regents required that all UC students have health insurance of a minimum criteria and established waiver guidelines.

“The waiver criteria is the same for all the campuses except that each campus sets a distance requirement based on their own situation,” Ferris said. “The mileage requirement was set by the Gaucho Health Insurance Advisory Committee. We decided upon 30 miles because that is the limit of the county, where we felt it was reasonable for students to be able to get care within that distance.”

Ferris said only around half of UCSB students are covered by Gaucho Health Insurance each year.

“Last year 800-900 students had HMOs based more than 30 miles away from campus,” Ferris said. “That included not only Kaiser but Medi-Cal coverage that is based in a county. So a lot of times, when you save money, it only covers you in the county where you reside in. That’s a really serious problem.”

According to Ferris, an appeal process was created for students in unique circumstances who have had their waivers denied.

“We are granting appeals to students that can tell us and testify that they have access to transportation and they are willing to take the risk that it’s difficult to get so far away for their care,” Ferris said. “We know that this is a hardship for students and their families and it’s been very difficult for us too.”

A version of this story appeared on page 3 of Wednesday, August 27, 2014’s print edition of the Daily Nexus