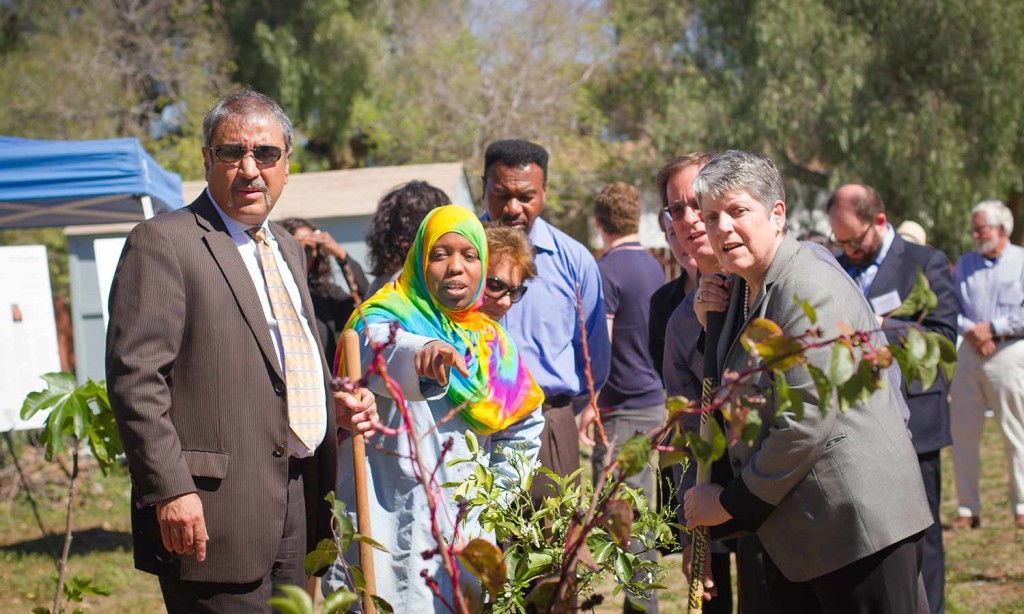 The idea for the initiative was sparked by a dinner conversation between Napolitano and nationally-renown chef, activist and restaurateur Alice Waters — a UCSB alumna and UC Berkeley graduate — during the president’s visit to Waters’ restaurant, Chez Panisse. During the dinner, Napolitano, Waters and UC Chancellors discussed global food-related issues and how the UC could potentially play a role in helping to nutritionally and sustainably feed the world.

While there is already work and research addressing food security and sustainability on various UC campuses as well as by the UC Division of Agriculture and Natural Resources, the Global Food Initiative aims to connect already existing developments and to further support sustainable food efforts across the UC, said UC Office of the President spokesperson Steve Montiel.

“One billion people go to bed hungry every night, another half billion suffer from obesity. By the year 2055, the world’s population will grow by another billion,” Montiel said. “It’s a huge problem, and the University of California is in a unique position to help because of what’s going on in the campuses.”

Along with expanding on current UC research in agriculture, health and environmental research, as well as other disciplines such as law, education and social sciences to help drive food policy decisions, the UC is funding three $2,500 President’s Global Food Initiative Student Fellowships to be given to students on each campus.

The UC also plans to encourage sustainable food practices, integrate food issues into curriculum, data mine to develop responses to climate change and to enact new policies allowing small, local growers to serve as suppliers for UC campuses, according to Montiel.

“The ultimate goal is, simply, to help teach the world how to feed itself nutritionally and sustainably,” Montiel said. “There’s no deadline for reaching that goal, but one benchmark area is 2025, because it’s estimated that the worlds population will grow by a billion by then.”

According to Campus Sustainability Coordinator Katie Maynard, UCSB has already made strides towards improving the sustainability of university food systems before food was incorporated into the UC sustainable practices policy.

“UCSB Residential Dining Services (RDS) and the UCEN have already successfully met and exceeded the UC goal of procuring 20% Sustainable Food Products by 2020,” Maynard said in an email. “In 2012-2013, 38% of the dining services and 22% of the UCEN food purchases were sustainable.” 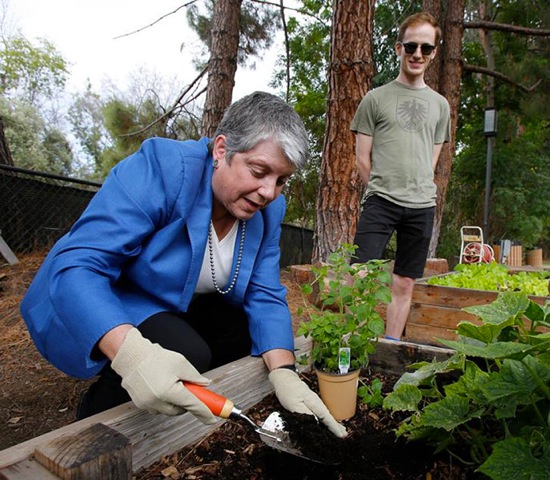 Photo courtesy of UC Office of the President

Along with a partnership between the university and local community organizations such as the Isla Vista Food Co-op and the Santa Barbara Food Bank, the Associated Students Food Bank is another facet on campus already working toward goals set by the Global Food Initiative, according to A.S. Food Bank coordinator and 2008 alumna Tuyen Nguyen.

“One of the things the A.S. Food Bank has been in the forefront of in the past three years has been addressing food security among UCSB students, as well as across college campuses,” Nguyen said. “We are one of the larger food pantries in the UC.”

Within the past several years, the A.S. Food Bank has partnered with Health & Wellness, the Student Commission on Well Being, the Isla Vista Food Co-op and other organizations specializing in food security, health and sustainability, with work including food demonstrations, workshops and creating resource guides for how to access food-related resources and basic necessities, Nguyen said.

“This partnership in the Food Initiative really allows us to connect ourselves with research around campus, as well as professors who are doing work already on these deep-rooted issues,” Nguyen said. “We also now get to work with food professors like David Cleveland, who researches dietary needs [among other subjects].”

According to Maynard, research by organizations such as the UCSB Sustainable Fisheries Group is already well-situated as a leader in globalized and localized analysis of economic and political structures for managing fisheries.

“They routinely partner with a company who helps ensure that their research is communicated effectively to policymakers,” Maynard said in an email. “We are currently exploring how our campus can help to better communicate the research of all UC campuses to global decision makers working on the marine environment.”

According to Montiel, while it is still “early in the initiative,” the global community will see a number of different projects and goals developed over the coming months and years.

Yew! That last quote means a lot. Alice Waters is such a boss. Good to hear they’re collaborating.