Senator Barbara Boxer proposed the Pause for Safety Act last Friday, which under certain circumstances would grant law enforcement greater power to confiscate firearms, as well as allow family members to prevent someone close to them from being allowed to purchase a firearm.

The proposed legislation — a direct response to the shooting in Isla Vista on May 23 — includes three main provisions. First, the act would allow family members to obtain a “gun violence prevention order” that would allow family members to prevent a person close to them, on a temporary basis, from purchasing a firearm if they are thought to pose a threat to themselves or others. The second includes a “gun violence prevention warrant” that would allow law enforcement to confiscate previously purchased firearms if authorized by a court of law. Lastly, the legislation would make it a mandatory universal practice for law enforcement to make use existing gun registries when responding to a tip, warning or request from a concerned family member or other close associate.

The Pause for Safety Act would make checking gun registries a mandatory and universal practice in states that have them, instead of a discretionary resource for law enforcement officers.

“It is haunting that the family of the gunman who committed this massacre in Isla Vista was desperate to stop a tragedy, and yet they lacked the tools to do so,” Senator Boxer said in a statement. “My bill would give families and associates who fear someone close to them could commit violence new tools to help prevent these tragedies.”

Executive Director of the California Rifles and Pistols Association John C. Fields said he feels that the legislation could be abused. Fields also said he was concerned about the ease with which a person could have their firearms confiscated.

“Regardless of the possible good intentions there may have been behind the concept […] what is being put forward could be horribly misused,” Fields said. “In other words, if there was somebody you couldn’t stand, and they were a firearms owner, you could in effect call the authorities to them and say, ‘Hey, this guy is a nutcase and you need to come over and confiscate his guns,’ and there would be little or no protection against that.”

Fields also said legislation like this is a “knee-jerk reaction during an emotional period of time” that “blows situations out of proportion.”

Although knives were used in the attacks as well, the focus centered on gun-control, Fields said.“This doesn’t go down as a knifing; it always goes down as a shooting. Really, it’s not a shooting. If you go to the shooting range and you and I have a competitive afternoon, that’s shooting,” Fields said. “What happened here was murder by a bad person against a good person, and that’s all it is. It shouldn’t be labeled a shooting per se.”
According to Fields, using existing registries would involve too much disclosure of personal information to law enforcement.

“We’re opposed to a firearms registration; we think that is too much information being given to the government,” Fields said. Amanda Wilcox, Legislative Chair of the California Chapters of the Brady Campaign to Prevent Gun Violence, said such legislation is a necessary measure. Wilcox also said law enforcement should be checking all existing gun registries when assessing a tip.
“Having the capability to temporarily remove firearms in these instances would, no doubt, save lives, including by suicide,” Wilcox said in an email. “Protections must be in place to find the right balance between the individual and public safety benefits and civil right to due process. We are seeking that balance.”

Dr. Jeanne Stanford, Director of Counseling and Psychological Services at UCSB, said in an email she is unsure of the effectiveness of the proposed legislation.

Stanford also said she felt the news coverage increases the stigma surrounding mental health issues and might discourage those who need help from seeking it.

“My concern is that issues like this feed the stigma about help seeking and might make people reluctant to go for counseling. People who are coming in to CAPS have said how helpful and positive our counseling services are,” Stanford said. “We are still actively responding and supporting our campus community.” 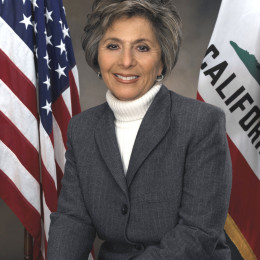 A version of this article appeared in the print edition on page 5 of the Daily Nexus on Thursday, June 5, 2014

Mental health is the avenue to gun confiscation..
Politicians and media push gun control in a Dishonest manner..

Senator Boxer took an OATH to protect the Constitution. This is a direct violation of that Oath. This ACT will not protect the good people. It will never be possible to confiscate every gun in America. When bad people want to do bad they find a way to. Prisoners inside prisons kill each other with makeshift weapons. Taking away this rich little overprivelaged brats gun would have only sent more would have been stabbed, or with the resources of a kid that is given a BMW he could have made just about any kind of weapon he wanted. Taking away… Read more »

The warped and twisted and demented should be culled from society. A s screening process should be put into place to have them removed. No use in just preventing them from buying guns, they obviously are good with knives too.

…and cars, sticks, and rocks too.