The Daily Nexus
News
Thousands Attend Paddle-Out
May 29, 2014 at 5:01 am by Max Fernbacher 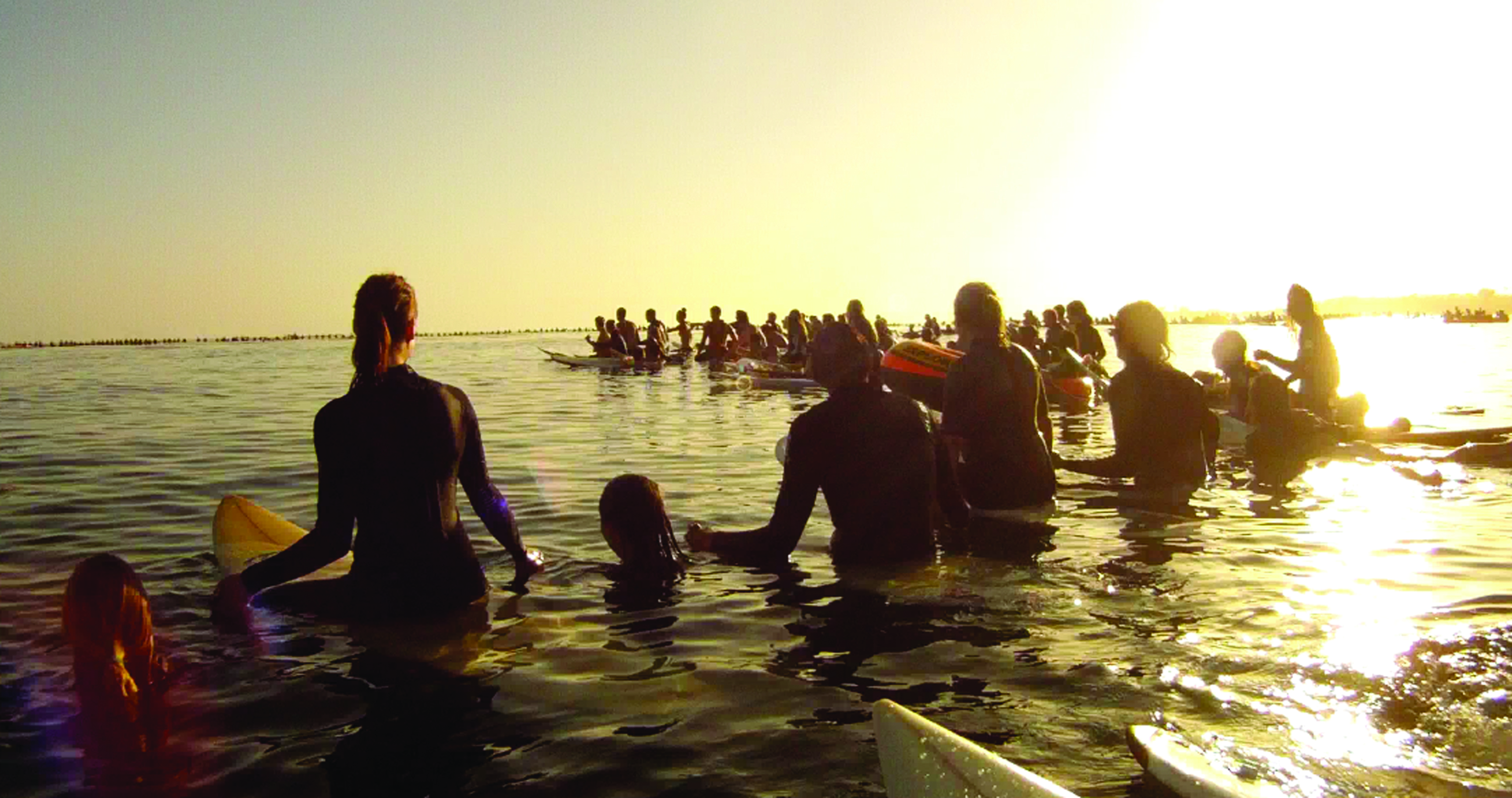 Thousands of students and Isla Vista residents gathered on the beach below Manzanita Village for an Isla Vista Paddle-Out Memorial yesterday evening.

The UCSB Surf Team organized the paddle-out as a way to further the healing process among those affected by the tragic events that took place Friday night in I.V. The paddle-out was publicized through word of mouth and Facebook, where 2,900 people identified themselves as attending the event.

Students flocked to the beach between Campus Point and Camino Pescadero at 6:30 p.m. Of those who entered the water, most used surfboards as a means of flotation, but others used paddleboards, kayaks and inflatable rafts. These students then attempted to form a circle about 50 yards offshore.

Flowers were available in buckets along the beach to all in attendance and lifeguards were stationed across the beach and in the water in case of emergency. Many memorial participants formed a large circle in the water, many carrying a flower with them, and I.V. community members and students who did not take part in the paddle-out watched from the beach.

Bradley Martin, a fourth-year anthropology major and member of the UCSB Surf Club, said he did not anticipate such a large turnout at yesterday’s paddle-out.

“I am shocked how many people actually are here right now, I cannot even begin to estimate today’s attendance,” Martin said. “It is just a testament to the strength and resilience of the community. It is great to see everyone coming together to create a calm environment where we can all celebrate one another and honor those we lost this past week.”

Martin said he was thankful to the Santa Barbara County lifeguards for volunteering to supervising the event. According to a lifeguard, a significant swell was present during the event, making it difficult for those with less open water experience to get past the breaking waves.

According to Zac Smith, a first-year undeclared student, an individual with a megaphone acted as master of ceremonies once the group had congregated in the ocean.

“It was hard to hear everything the man with microphone was saying because the circle was so large, but we first had a moment of silence while the guy recited the names of the deceased,” Smith said. “When he had finished we all began to cheer and applaud, and this transitioned into the ‘Ole Guacho’ cheer. Before heading back to shore, we all tossed our flowers into the circle.”

Smith also said he was glad to have attended the paddle-out. “It was exactly what I needed to cope with the loss”, Smith said.

“I think this paddle-out really encompasses the spirit of the UC Santa Barbara community,” Rivadeneira said. “Just the opportunity to go out in the ocean and get away from the press and the media was a much needed spiritual healing for us students.”
Photos by David Jackson and Cameryn Brock / Daily Nexus

A version of this article appeared on page 7 of the Thursday, May 29 2014 print edition of the Daily Nexus.

IV does it like nobody does…. Keep it classy.