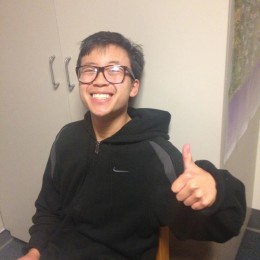 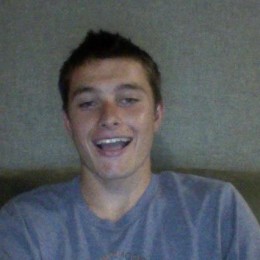 Christopher Ross Michaels-Martinez from Los Osos, California was a 20-year-old undeclared second-year in the College of Letters and Science.
Before coming to UCSB he graduated from San Luis Obispo High School in 2012. He was born on December 23, 1993 and is survived by his parents, father Richard Martinez and mother Karen Michaels.
According to his father, Christopher’s cousin Jaime described Christopher as “smart, gentle and kind” but with a competitive spirit, which showed on the basketball court.
“Then you were faced with a fierce, unrelenting competitor,” Richard Martinez said during Tuesday’s memorial.
Martinez also told an anecdote from his son’s elementary school football career about his son’s ability to persevere.
“He was on the ground probably no more than two seconds before he hopped back up, stomped one foot on the ground and walked determinedly back into the line,” Martinez said. “That’s the kind of kid Chris was.”
At a press conference this past Sunday, Martinez also spoke about Christopher.
“Chris was a really good kid,” Martinez said. “Ask anyone who knew him.”
Christopher Martinez passed away as a result of Friday night’s massacre, which claimed six other lives. 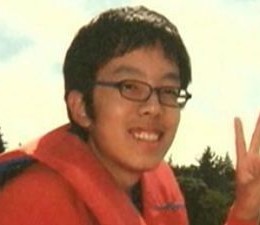 Weihan “David” Wang was a 20-year-old junior computer engineering major from Fremont, California. He was the only child of Jinshuang and Charlie Wang, who moved from Tianjin, China to Canada before coming to California. He attended high school at Fremont Christian High, graduating in 2012. He enrolled at UCSB the same year. Wang was an avid basketball fan and particularly fond of the Lakers according to high school class mate Gabriel Listek.
“He was a humble, nice guy with a good sense of humor,” Listek said in an email. “We met because at our high school during lunch break there would always be pick-up basketball games and him, and three other guys, and myself would always play with each other.”
The Wang family fondly described their son in a statement delivered Tuesday by Richard Martinez, father of Christopher Michaels-Martinez who also passed away on Friday night.
“In your 20 and ten months of life we saw God’s love and spiritual fruits in you,” Martinez said reading from the statement. “Gentle, kind, loving, joyful, peaceful, faithful and self-controlled. You will live in our hearts forever and ever.”
A classmate of Wang’s at Fremont Christian, said David was good at math in high school and that his death was shocking.
“David [was] nice, smart, and frank. He was warm-hearted and helpful,” the classmate said in an email. “He gave me some help about the classes for I didn’t know the rules and language well. It is so shocking to hear about his death. I don’t think such a nice person should deserve that.” 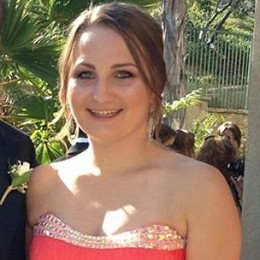 As a water polo player for Westlake High and an L.A. club team, Veronika Elizabeth Weiss wowed her teammates and competitors alike with her power shot. Weiss was a pre-financial mathematics and statistics major of sophomore standing in the College of Letters and Sciences. She was 19.

Weiss was one of the two Tri Delta sorority members killed in Friday’s shootings. She liked the color purple, Beats by Dr. Dre and Channing Tatum.

Stephanie Reneé, a second-year biological sciences major, said Weiss was one of her best friends. She said in an email that they met in middle school and became close during a water polo team trip to Hawaii. The two were neighbors, teammates, and according to Reneé, sisters, especially during their junior and senior years of high school.

“She was so outgoing, unique, recognizable, and above all loveable,” Reneé said. “She also had a talent for taking the introverts and making them extroverts. Every new kid, every nerd, every shy one, those are the ones she chose to be friends with.”

Megan Linder, a second-year sociology major, said in an email that she and Weiss met in the pool as water polo players on rival teams. She said despite the high school rivalry between Westlake and Agoura, the two became good friends on the L.A. club team.

“Veronika was one of those people you knew you wanted to be friends with,” Linder said. “She is willing to become friends with anyone and everyone. She is the one person who can make you smile instantly.”

Reneé said she knows Weiss would want her to heal, and so she’s going to stay positive and live the life Weiss did not have the chance to.

“It’s her spirit I want to keep alive, and adopt how she lived,” Reneé said. “I plan to spread her sense of adventure, spontaneity, and a passion for life to everyone, especially to the introverts, just as she did for me.”

Weiss is survived by her parents, Bob and Colleen Weiss, and brothers, Cooper, 17, and Jackson, 15. 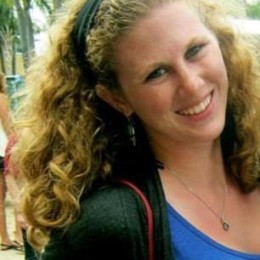 A dancer, sorority sister, UCSB student and Isla Vista resident, Katherine Breann Cooper had a generous heart, was passionate about dance and loved to have fun.

Double majoring in art history and classics, Cooper would have been a graduating senior. Described by her friends as “bubbly” and “radiant,” Cooper was in the sorority Tri Delta and was a ballroom dance teaching assistant that always took the time help students improve.

One of Cooper’s students, fourth-year communications major Jimmy Chang, said Cooper has inspired Chang to be the best dancer he can be in her honor.

“Me personally, I wasn’t the best dancer. But she always made sure to correct me,” Chang said. “You could just tell how passionate she was… you could see the professionalism in Katie’s stature… I danced with Katie a few times and every time was learning experience.”

According to fourth-year film and theatre major Sharon Rosenburg, who was Cooper’s close friend and fellow Tri Delta sorority sister, Cooper was “extraordinarily generous and giving” and “would do anything to put a smile on another person’s face.”

“Our last day together we went wine tasting and we both fell in love with a bottle of Chardonnay,” Rosenburg said. “I go to reach for my wallet to pay for half a bottle of wine and she says, ‘Stop, no, I’ll buy this. It’s your graduation gift. My payment will be the happy look on your face when you open that bottle of wine.’”

Third-year biology major Letitia Mueller, who was also a ballroom dance TA with Cooper, said Cooper was a leader and role model who was consistently eager to help plan the semi-quarterly dances for the class.

“To continue her legacy, I want to pick up teaching ballroom dancing once again so that I can strive to inspire newcomers as she so unwaveringly did,” Mueller said. 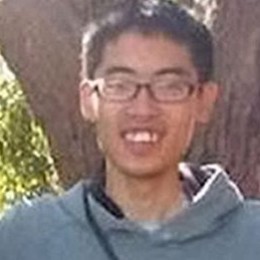 James Hong was a fourth-year computer engineering major who spent his time volunteering at the Rainbow Chinese school in Cupertino. He passed away Friday night.

“A young man who came to California from half-way around the world, from Taipei, to pursue his studies in computer engineering,” Napolitano said. “While attending high school in San Jose, he volunteered at a nearby Chinese school.”

“I saw my son in a dream last night, and he asked me to give you this message,” the statement said. “‘My time at UCSB was the happiest two years of my life. I love all my friends who stayed with me through good and bad. I wanted to stay here forever with everyone.”

In the statement, Hong’s family said they blessed all the affected members of the tragedy, and wished everyone the best.

“The Hong family here today wants you to know, we hold love in our hearts forever,” the statement said. “Son, we want you to take all our blessings with you to heaven. Finally, we would like to bless all of the victims and their families, including the killer. May we together create a peaceful world and let hatred be gone with the wind.”

A version of this article appeared on page 4 of the Thursday, May 29 2014 print edition of the Daily Nexus.

I can’t believe that the wonderful seaside paradise (and slum) by the sea that was the backdrop for so many good times is the scene of so much sadness and the end of young lives.

This too shall pass..

I can’t believe no one saw this coming. Eliot Rodgers posted the videos and manefesto online before carrying his plan out. Why the disconnect!

Ahh… you have hit the nail on the head. Someone did see this coming… his parents! They knew he was more than “odd” and paid what it took to get him out of their house. Mom did not want him at her place, step-mom did not want him at her house – they both had very good instincts. They paid good money to house him in Capri even though he did not appear to have comepleted a class in a while at CC. (Why Capri kept renewing his lease is beyond me – but that is another issue). The mom… Read more »

While there were earlier videos, the last video and the manifesto were posted/sent too late to prevent the killings. The earlier videos contained no actual threats of violence.