The Daily Nexus
Science & Tech
Behind the Psychology of Trauma, Grief and Healing
May 28, 2014 at 5:00 am by Brigitte Naughton 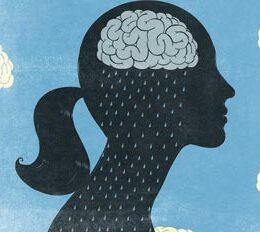 Many in our Isla Vista and UCSB community experienced fear and grief in the days since the May 23rd tragedy. When fear sets in, it stimulates the hippocampus to activate the amygdala in a cascade that includes the hypothalamus, pituitary gland and ultimately, adrenal glands. From the adrenal glands, adrenaline and chemicals such as cortisol rush into the blood stream and increase heart rate and blood pressure, improving circulation of oxygen to muscles.

Although cortisol levels may remain high, the initial stress of fearing for the safety of yourself, your friends and the UCSB community now turns toward mourning, and with this grief we look toward healing.

UC Santa Barbara social psychology professor Shelly Gable, whose research focuses on social relationships and their effect on emotional health, said that there is no normal or ‘right’ way to grieve.

“Some people show a pattern of initial distress that then subsides, others seem to process the events or loss without ever showing heightened distress, some initially have no reaction and then experience distress later and others show distress that does not subside or does not fully subside,” Gable said. “There is no playbook for responding to traumatic events or loss.”

According to the National Institute for Trauma and Loss in Children, there are distinctions between trauma and grief. Trauma feels unreal and most often results in terror and feelings of pain, helplessness and fear. Grief, on the other hand, feels real and is characterized by sadness and often pain.

Some psychologists promote more controversial methods for healing. George Bonanno, a professor of clinical psychology at Teachers College, Columbia University, touted the benefits of resilience in the face of grief in his 2004 paper “Loss, Trauma, and Human Resilience” published in American Psychologist. The study claims that traits such as hardiness, self-enhancement, laughter and even repressive coping can deter grief and promote healing.

“Bereaved individuals who exhibited genuine laughs and smiles when speaking about a recent loss had better adjustment over several years of bereavement,” the paper said.

Gable confirmed that feeling positive emotions during a period of remembrance provides comfort and healing and does not warrant shame.

“People should also know that feeling positive emotions during mourning or post-trauma is normal and is very likely beneficial. It is quite common to feel emotions such as gratitude for what we have, love for friends and awe at other’s acts of kindness,” Gable said. “Positive emotions seem to undo the effects that fear, sadness and anger have on our bodies.”

Many of us today may find it difficult to focus on learning about the splicing mechanisms of introns, to determine the acceleration of that mass on the end of that string and to understand what motivates Hamlet’s madness. It may take days or weeks or months before we want to know why that mass actually does not have acceleration, just velocity.

According to Dairine Pearson, a Visiting Nurse and Hospice Care Counselor, it is important to know that regardless of how and for how long we mourn, we are well-equipped to recover from traumatic events.

“Expect to recover from grief. Grief does bring up a feeling of helplessness in people because we do not know what to do, but [it helps to reassure] people that they will get better and that they will recover.”

Thank you for this

Thankyou for this.
I am part of a support group for grieving mothers(in Australia)
as well as my own eexperiences with trauma and grief I will be sharing this.
For me, over the years, still not sure that one can”fully recover” after such lose but today I can tell you I have learnt to deal with it better. Again thank you.

It’s very important to remember that today’s feminine/feminist subjugated psychology has become an asinine Estrogen Ghetto. Men only constitute about 10% of psych graduates these days…and the most of the women who do rule the field are very hostile to all but feminine, queer, and/or fascist feminist forms of male/masculine identity. No wonder that Professor Bonanno’s potent and powerful masculine platitudes are scapegoated as ‘controversial’ these days. The feminist bigots who run PoMo academe need to engender victimhood at all costs to keep the gravy train rolling. The long term results of said mentality are our Vacillator in Chief Obama… Read more »