The Daily Nexus
News
Isla Vista Community Gathers to Mourn, Share Memories of Those Lost
May 25, 2014 at 2:50 pm by Peter Mounteer 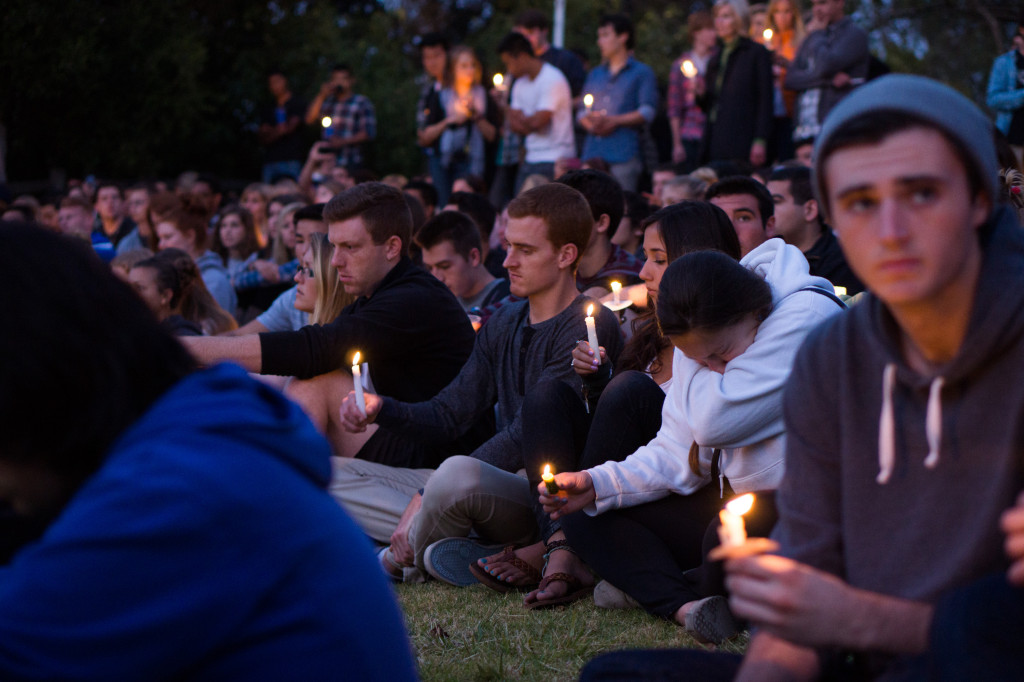 Students, community members and victims’ families assembled for a candle in response to the tragedy that shook Isla Vista on Friday night. (John Clow / Daily Nexus)

Four-thousand people gathered tearfully Saturday evening to march across the UCSB campus and into Isla Vista in a silent candlelight vigil mourning the victims of Elliot Rodger’s shooting spree that left seven dead and 13 injured in IV on Friday night.

UCSB students Katherine Cooper, Veronika Weiss and Christopher Ross Michaels-Martinez were shot and killed during the rampage. An additional three deaths have been confirmed, but the individuals have yet to be identified. The march began at 7:30 p.m. in Storke Plaza and continued through Pardall tunnel, down Embarcadero del Mar and around the loop — part of the path that Rodger’s took while shooting from his black BMW Friday night — before culminating at Anisq’oyo Park, where marchers shared their emotions about those lost and the tragedy IV faced hours before.

White candles were distributed to attendees gathered in Storke Plaza prior to the march and a group of singers gave an a cappella performance of the hymn Amazing Grace. Prominent public figures and university officials attended, including Vice Chancellor for Student Affairs Michael Young, Chancellor Henry Yang, Mayor Helene Schneider, Congresswoman Lois Capps and Santa Barbara City Councilwoman Cathy Murillo among others.

Third-year biology major Letitia Mueller reflected on Cooper’s death and the time they spent together as teaching assistants for a ballroom dance class they took in the fall.

Two of Cooper’s friends later took the stage lamenting Cooper’s death and the memories she has left with them for the rest of their lives.

“She was my best friend and like a sister to me. And though I miss her dearly, she’s always going to be in our hearts, and a piece of me will be missing for the rest my life. I will never forget her,” one said. “She was so kind-hearted, gentle, sweet — just the most completely selfless, completely compassionate person I have ever met. If you needed something, she was always there. No matter what, she would always be there by your side.”

A former roommate of Michael-Martinez shared one memory, when Martinez reached out to him. After the roommate finished studying for a midterm, Martinez came into the room with a bag of chips and hummus, ready to watch the TV show “Good Vibes.”

“He pulls out a giant box with six pounds of chips, and he’s like, ‘You’ve been wanting to show me the show “Good Vibes” … let’s just eat all these chips.’ And he takes out a whole thing of hummus also, and he’s like, ‘Let’s just eat all these chips, all this hummus, tonight,’ and I was just blown away because I’ve never been so happy in my life,” the former roommate of Michel-Martinez said. “After cramming for a midterm, he just comes in with food and is like, ‘Let’s come watch your favorite show. Right now.’ ”

Embarcadero Hall, adjacent to the park, hosted UCSB counselors and other professionals to speak with grieving students. Six of the UC’s ten general campuses will also be holding similar vigils throughout the week in memory of the deceased.

Carissa Quiambao contributed to this article. 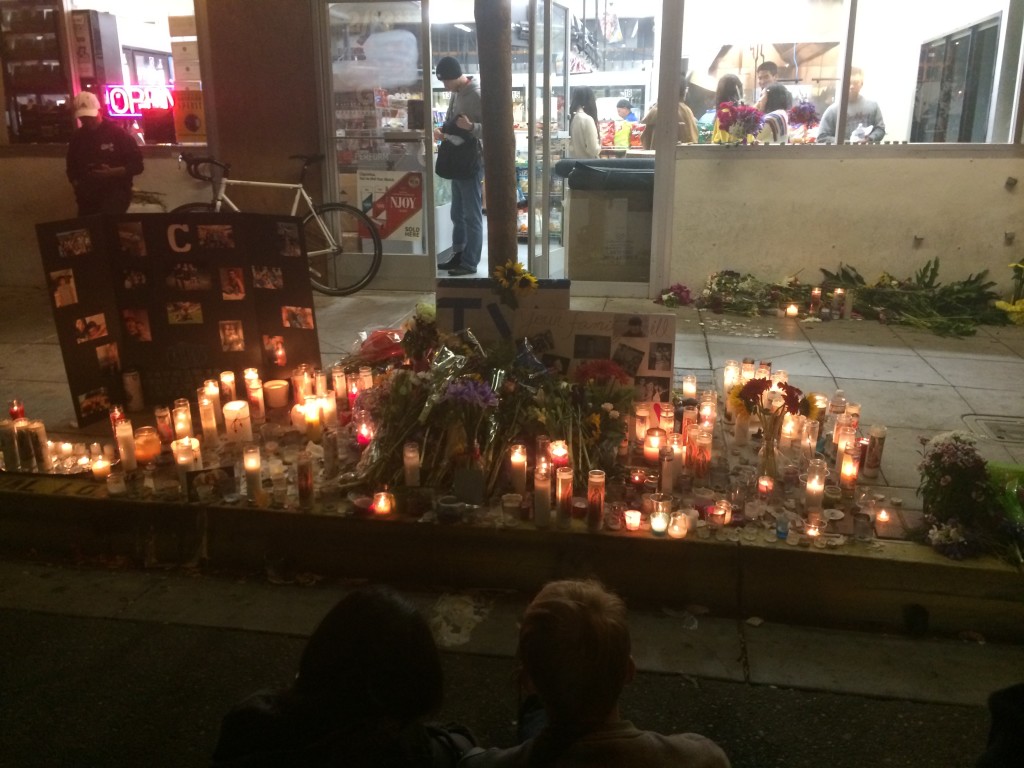 BBT – class of 1999. Wow – this was painful to hear about. Although I loved my time at UCSB, I was never the coolest guy, nor a huge chick magnet. Luckily the friends I had accepted me for the dork I was. Now I’m happily married with a son and another son on the way. RIP to the victims and their families. Anyone who feels like an introvert or that people don’t like them – there will always be other people like you if you keep searching… don’t extinguish the flame.