The Daily Nexus
News
OPP Calls for Contreras’ Resignation from EVPLA
May 19, 2014 at 5:01 am by Carissa Quiambao and Daniel Slovinsky 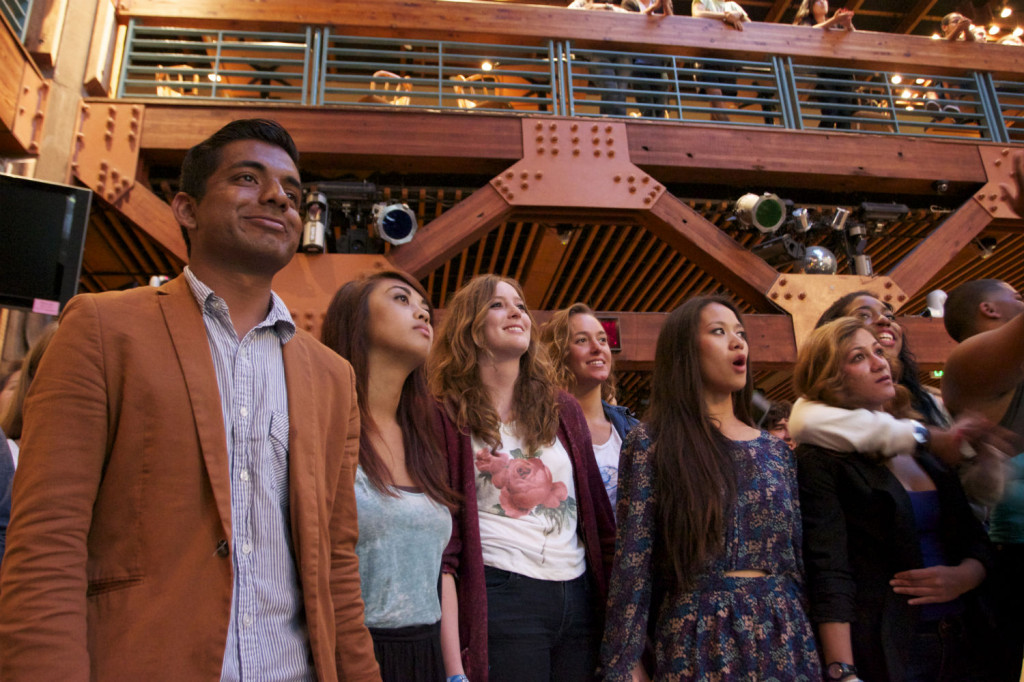 Despite OPP’s decision, Contreras is under no obligation to step down from her position and has said she does not plan to do so. However, a petition circulating now would force a recall election if signed by ten percent of the students who voted in last month’s election for the EVPLA position — a total of 514 signatures — in accordance with Associated Students Election Code.

OPP’s statement and the petition came in response to a blog post by second-year global studies major Crystal Long concerning an alleged incident of sexual assault perpetrated against her by Contreras. Contreras, who was in the midst of her campaign when Long’s blog post went public, responded in a blog post of her own, but removed it only hours after posting.

According to Contreras, a third-year sociology and Asian-American studies major, OPP’s decision to proceed with the statement without consulting her or having all party executives present invalidates their request and undermines the party’s democratic process.

“Requesting the resignation of an elected official as a party is frankly ridiculous and sets a dangerous precedent,” Contreras said in an email. “Party leadership said they would not take any immediate action without consulting me, and not all party executives were present when the decision was made.”

However, second-year political science major and OPP Party Chair Derek Wakefield said although not everyone chose to speak, a sufficient number of party members came to a consensus to make the party’s actions legitimate.

“A lot of people, not the execs essentially, had opinions and voiced them, and there were discussions and arguments on either side,” Wakefield said. “Eventually it came to the point where one person said they wanted to vote.”

“When it’s said that way it makes it very clear that we are advocates for survivors of sexual assault,” Wakefield said. “We are staunch opponents and attempters to revise and end rape culture.”

However, Long said OPP’s decision was merely a political move to protect their party reputation rather than a stance against sexual assault.

“I think the bigger concern with them, to be completely honest, is just to save face,” Long said. “They let go of Beatrice, so they stopped supporting her. So in the end, who do they support? It’s really just themselves.”

Contreras agreed with Long’s criticism of OPP’s motives and said the statement was not issued out of respect for victims of sexual assault but to preserve the party’s standing.

“They were concerned about attempts to remove me from office because it could damage me and the party’s reputation,” Contreras said in an email. “The party seems concerned with its image far more than anything else.”

Contreras also said OPP’s decision was not legitimate due to the pressure that those in the majority placed on other members, and that she is being singled out only because of the public nature of the allegations made against her.

“I know individual party members who don’t agree with what happened and felt coerced into voting a certain way,” Contreras said in an email. “Crystal is right that I am not the only member to be accused of sexual assault, but I am the only person being removed because of it. … I am being attacked because people are afraid to support me.”

Peter Mounteer contributed to this article.

Crystal Long is a coward. She accuses Beatrice of these assault crimes yet doesn’t put forth a police report or investigation to prove her accusations. The girl who cried “rape,” like the boy who cried wolf.

Beatrice is a serial rapist and should not be allowed to attend UCSB. I am disappointed that the school is harboring this type of individual.

Wondering how many young women have been assaulted by Beatrice Contreras at UCSB. She’s one scary individual.