The Daily Nexus
News
Best Selling Author Lectures on Impact of World War II
May 19, 2014 at 5:00 am by Elliott Wright 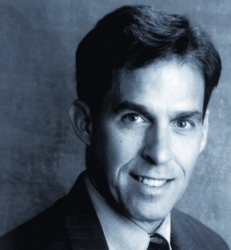 New York Times best-selling author, 2003 Pulitzer Prize winning author and military historian Rick Atkinson discussed the impact of World War II on the United States in the final addition to his trilogy The Guns at Last Light: The War in Western Europe, 1944-1945, which he autographed for fans after a post-lecture Q&A yesterday in Campbell Hall.

Atkinson, who began as an editor and foreign correspondent for the Washington Post in 1983, began writing about military history in 1999 while intermittently making trips to Iraq and Afghanistan to accompany U.S. General David Petraeus and write about roadside bombs in modern warfare.

During his lecture, Atkinson said three factors — the magnitude, moral disposition and enduring consequences of WWII — explain why the war “beguiles” humankind 70 years later. He also provided specific facts on the American soldiers that fought the war, stating that out of the four million young men being drafted in the United States every year during that time, only one in four had a high school diploma.

Atkinson also said a lack of soldiers toward the end of the war caused more people to be eligible for draft or enrollment. In 1939, the U.S. army consisted of 190,000 members and grew to 8.3 million by 1944, which marked a “44-fold increase,” according to Atkinson.

“Every family had someone in harm’s way,” Atkinson said.

According to Atkinson, people held a sense of moral responsibility to be constantly informed about wartime activities during World War II because many families knew someone fighting in battle. In this light, Atkinson said it is imperative that people living in the present day understand the types of risks and situations experienced by people of 70 years past.

“I think fundamentally it’s also important to remember those who sacrificed for you,” Atkinson said. “It’s absolutely vital for all [of] us to know something about it and to understand what they did.”

Atkinson said World War II affected minorities and women in profound ways that shaped the modern world, including the easing of restrictions on combat roles for black troops. According to Atkinson, a need for manpower drove American leadership to take unprecedented steps in the drafting process.

“The United States was so desperate for infantry during winter 1944, high command agreed to measures that would have been unthinkable,” Atkinson said.

Because of these measures, 53 colored infantry platoons were formed during that time.

Atkinson said it is true that the United States Army was a male institution at the time, exclusively at higher ranks.

“[There were] 1300 generals in last couple years [of the war] — not one was female,” Atkinson said. “The Army did not promote the first woman to general until 1970. Women were drawn into national workplace.”

Atkinson also said it is important that youths have an understanding of World War II and how it shaped the culture and economy of America today.

“Everything [today’s youth] got derives from that war. A lot of the things that we all take for granted derive from that war, Atkinson said. “A lot of the shape of the culture and the economy today is coming out of the war. The opportunities for women and minorities are all deeply affected by the war.”

Event attendee Jim Hofmann said he remembered being a young teenager when he witnessed footage of the war at a movie theater 70 years ago. To him, Hofmann said, the men fighting were “fearless and brave.”

“Nobody in the world was going to beat them — nobody,” Hofmann said. “On a Saturday we would go to the movies, and I would see on film the battlefields. I saw the ravage of war and what it is that [makes] an American soldier so brave and so strong.”

“I feel that they needed more men to fight in World War II [and] that led to women going into the workforce,” Lethan said.

Associate Director of UCSB Arts & Lectures Roman Baratiak said Atkinson is first and foremost a “terrific speaker.” According to Baratiak, Atkinson’s skill at presenting and the content he presented made for an engaging lecture and effective contextualization on how the war transformed the nation.

“It’s one thing to have an author come in with interesting information, but another thing to have somebody who is such a dynamic lecturer,” Baratiak said. “He really put it into context … how post-war things changed in the United States as the result of this amazing industrialization that the country went through and the long term consequences … we are still experiencing right now.”