The Daily Nexus
World Cup Weekly
Spotlight: World Cup First-Timers
May 14, 2014 at 5:00 am by Michael Jorgenson 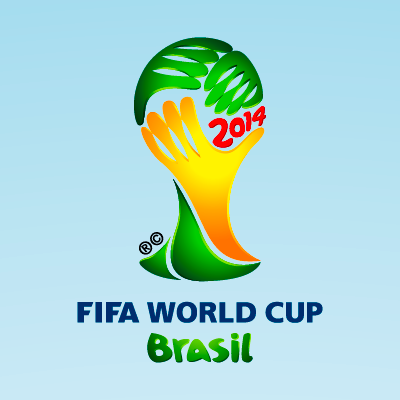 The World Cup is officially less than a month away, with the host nation Brazil set to kickoff against Croatia on June 12. It’s safe to say that when the ball finally does get rolling, the entire world will primarily have its eyes on one player in particular: Neymar.

At the age of 22, the young Brazilian has already taken the world by storm with his play at Santos FC, the Brazilian national team, and alongside Lionel Messi in Barcelona. While the hype over Neymar has died down somewhat since his performance in the Confederations Cup last year, due to both the controversy over his transfer to Barcelona as well as the expected learning curve of playing in a more competitive country, he will still be the main focus of the Brazilian team when the tournament finally begins.

Making his World Cup debut alongside Neymar is another 22-year old exceptional talent in Oscar. The Chelsea attacking-midfielder has also made a name for himself as one of the most skilled young players on the planet and has some believing that he is going to be the real key for Brazil’s success this summer.

There are a multitude of other players making their first ever World Cup appearances this June that are surely going to shape the moments we won’t forget from Brazil. Here are some of the other young stars making their debuts that will likely be making huge impacts for their countries:

The defending champions of Spain still have the core of their 2010 World Cup winning squad intact with names like Xavi, Iniesta, Casillas and Ramos set to return to the starting lineup. The one exciting new card they have up their sleeve though will be 25-year old Diego Costa.

The Atletico Madrid forward has burst onto the scene this season, scoring at a prolific rate that has rivaled the paces of Cristiano Ronaldo and Messi. His La Liga goal-scoring tally of 27 goals in 34 apps was good for third-best and appears to have earned him a move away from Spain with English club Chelsea set to purchase him in the transfer market.

With the combination of a sturdy build and a precise finishing touch, Costa looks like he will be the main target ahead of aging forwards Fernando Torres and David Villa in Brazil as Spain looks to show that it is still the best team in the world.

France had one of the most embarrassing World Cup’s it has ever been forced to endure back in South Africa. Poor coaching along with an unbalanced, unexciting, chemistry-lacking team had the defending World Cup runner-ups out after just the group stages. Young studs Paul Pogba and Blaise Matuidi will be looking to fix France’s midfield woes in their first ever World Cups.

The 27-year old Matuidi has taken a little more time to show the world what he is capable of than his partner in the midfield, but his play for PSG these past few years has seen him rise in rank with the French national team. The speedy Frenchman possesses a different dynamic on the offensive side than does Pogba, but he still has the two-way skillset that any coach loves to see in a midfielder.

Since coming to Juventus from Manchester United, the Balotelli-like Pogba has dazzled us with his ability to make spectacular plays. At just 21 years of age, his hard work on both the offensive and defensive sides of the ball has allowed him to establish himself a true two-way midfielder that isn’t afraid to take and make deep shots other players wouldn’t dare try.

The difference in abilities that these two have will hopefully keep us watching them complement each other for years to come.

Speaking of “Super Mario”… Balotelli has made a name for himself as a controversial player to have on your team with his aggressive attitude and tendency for boneheaded mental breakdowns. He is still only 23 years old, though, and has plenty of time to turn that image around. He will have few better chances in his career to change the public’s opinion of him than through his play in Brazil.

Standing tall and strong at 6’2”, 194 pounds, the Ghanean-Italian AC Milan star has all the required tools to be a world-class striker. His natural talent is evident every time he touches the ball and he is a threat to score at any moment from any angle.

If only he can keep his head straight this summer, we are all in for some exciting moments. One second of unchecked immaturity, though, and he’ll be off the field more than he’s on it.

As if Germany was in need of more dynamic young talent, they have three key offensive players making their World Cup debuts this June.

At 24 years of age, Reus is going to be a handful for any player on any team he faces on the wing with the ability to beat defenders off the dribble with speed and/or fancy footwork. He scores goals in bunches for his club Borussia Dortmund, but his playmaking abilities don’t stop there – he also led the entire Bundesliga this season with 13 assists.

An old club teammate of Reus’s, Gotze has been an extremely fun player to watch these last couple of years. At just 21-years old, he has already played for both of Germany’s top clubs in Dortmund and Bayern Munich, and his offensive abilities are only continuing to grow. He can score, he can pass, and he can dribble with the best of them.

The tallest of the bunch, 23-year old Andre Schurrle has impressed in his first season in the Premier League. Chelsea’s “super-sub” scored 14 goals in 28 appearances this year for club and country. His mixture of height, pace, and footwork has him constantly finding himself in goal-scoring positions. Along with Reus and Gotze, Schurrle is going to make the usually slow-paced, counter-attacking Germans an even more exciting team to watch this time around.

The last of the newcomers to watch out for come from the country with the best football league in the world.

Wilshere has been called Arsenal’s “best player” in the past, and despite sharing the midfield with Mesut Ozil and Aaron Ramsey this season, he has continued to show us why he wears the No. 10 on his back. Although small in stature, the 22-year old Wilshere is a lion out on the pitch both in possession as well as in his tireless pursuit of the ball. The aging midfield of Frank Lampard and Steven Gerrard just got a boost of youthful energy.

Sturridge will have to let the sting of losing the Premier League title to Manchester City by just two points subside quickly as he looks for revenge this June and July. As a key part of Liverpool’s near record-breaking offensive season, the 24-year old Sturridge finished second in the Premier League in goals with 21. The left-footed striker has the speed to beat any defender off the dribble, but he may struggle without having Uruguayan superstar Luis Suarez there to take some of the attention away from him. Nonetheless, England may have found the man who will be its target up top for years to come.