The Daily Nexus
News
Grad Students Win Fulbright Scholarships
May 8, 2014 at 8:18 am by Brittany Tholan

Graduate students Elijah Bender and William Dewey have been named Fulbright scholars, giving them the opportunity to travel across the globe to perform research in India and Japan.

The two UCSB students have been granted nine months to study abroad on projects of their choosing. Bender, a Ph.D. candidate specializing in pre-modern Japan and environmental history, plans to study the resource disputes of medieval Japan. A religious studies Ph.D. student, Dewey intends to travel to India to study the tenets of Tibetan Buddhism. Both will work with scholars in their respective fields to translate ancient texts.

Bender said he is studying a period that spans times of war, transition and then many years of peace. He will be assisted by Professor Sasamoto at Shinshu University, exploring historical battle sites and translating Japanese texts in Matsumoto. Bender said he looks for environmental factors that contributed to the coming of peace in medieval Japan following long periods of violence.

“The key is the ability to solve resource disputes because these are important,” Bender said. “These are necessary for survival, and if you can’t do that without violence, then you’re just going to continue the cycle.”

Bender said he has always held an interest in history, especially in relation to Japanese, as both his grandfathers served in the Pacific Rim with the Navy during World War II. When he received the news of his award on his birthday, he said he felt “borderline giddy.”

“The fact that other people, other academics, recognize the value of your work is a very rewarding feeling,” he said.

While attending graduate school at University of Hawaii at Manoa in Honolulu, Bender began studying Japanese and became fluent in the language. Following his time there, he taught English in Hiroshima for two years and now he said he is excited to return to the country after being away for four years.

With his grant, Dewey said he plans to study Tibetan Buddhism, mostly by translating ancient texts while living among Tibetan monks for nine months in Sarnath, India. The site along the Ganges River is holy for Buddhists, as it is said to be the first place where the Buddha preached his teachings.

During his time as an undergrad at Emory University in Atlanta, Dewey studied abroad in India for six months. Despite his initial distaste for the country’s traditional, spicy food, Dewey said he looks forward to returning and learning even more about the country.

“There’s just so much history, so much color in the temples,” Dewey said.

Although he was initially interested in Christianity, Dewey said he gradually became drawn to Buddhism, a religion centrally focused on a way of life rather than a god. During his travels, Dewey met the Dalai Lama — the famed and widely-recognized religious leader of Tibetan Buddhism.

“Like everyone says, he has such a warm personality,” Dewey said. “He was very gracious to us.”

Bender said he would encourage those with an interest in applying to study abroad to do so immediately and to convey that interest effectively in grant applications.

“You need to figure out how to articulate what it is that’s important about your research,” Bender said. “Why should anybody care about what you’re doing?” 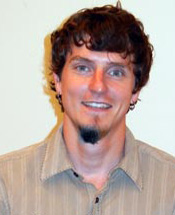 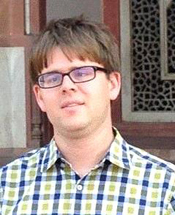