This year’s campus elections ballot includes a proposed fee increase for the MultiCultural Center of $6.77 per undergraduate student per quarter.

The MCC is currently collecting $4.42 per undergraduate student per quarter through an A.S. lock-in fee and $1.77 per undergraduate student per quarter through a campus lock-in fee. The current base fee of $1.75 for the MCC is also up for reaffirmation, and the base fee must be reaffirmed for the new fee initiative to be passed.

Zaveeni Khan-Marcus, director of the MCC, said the proposed fee increase will aid the MCC in providing its services in the face of recent budgetary challenges.

“I think it’s really important to keep the services provided by the MCC to the students … Over the years, because of the budget cuts, some of our funding has decreased so the fee is to maintain the same standards and to serve students,” Khan-Marcus said. “It’s a very important, very small fee initiative.”

Otha Cole, the Marketing Associate and Student Liaison at the MCC said the MCC plays an important role in meeting the needs of students by providing spaces for them to meet and equipment to use.

“Our mission is kind of split in half a little bit. We provide a safe space for students on campus,” Cole said. “All of our rooms are equipped with audio video equipment so you can do a presentation in our meeting room and in our theater. But we also provide multicultural programming, which is really important campus-wide.”

Fourth-year history major Trent Rosenquist said he was against the MCC fee because its benefits would not be shared by the entire student body, while its expense would.

“It doesn’t make sense to support something that a lot of students won’t appreciate and don’t participate in,” Rosenquist said. “It’s just another fee on a long list of fees that students are already burdened with.”

Even with ever-rising student fees, Cole said the MCC fee would go toward a worthy and essential cause.

“I would imagine students are sensitive towards tuition going up. We wouldn’t do this unless we thought it was absolutely necessary,” Cole said.

According to Cole, the MCC charges for only nine of the 75 events they hold throughout the year because of the importance of providing services and programming to students that is affordable.

“We think it’s important that our events are accessible and free for students, because that’s how much we value or programming, so we don’t want it to be cost prohibitive,” Cole said.

Mariah Nieto-Boyd, first-year communication major, said she thinks the MCC is important because it is the sole building on campus “dedicated” to promoting diversity.

“I personally feel that the MCC is a very valuable resource for us students because it is the only building that is solely dedicated to promoting tolerance and diversity,” she said. 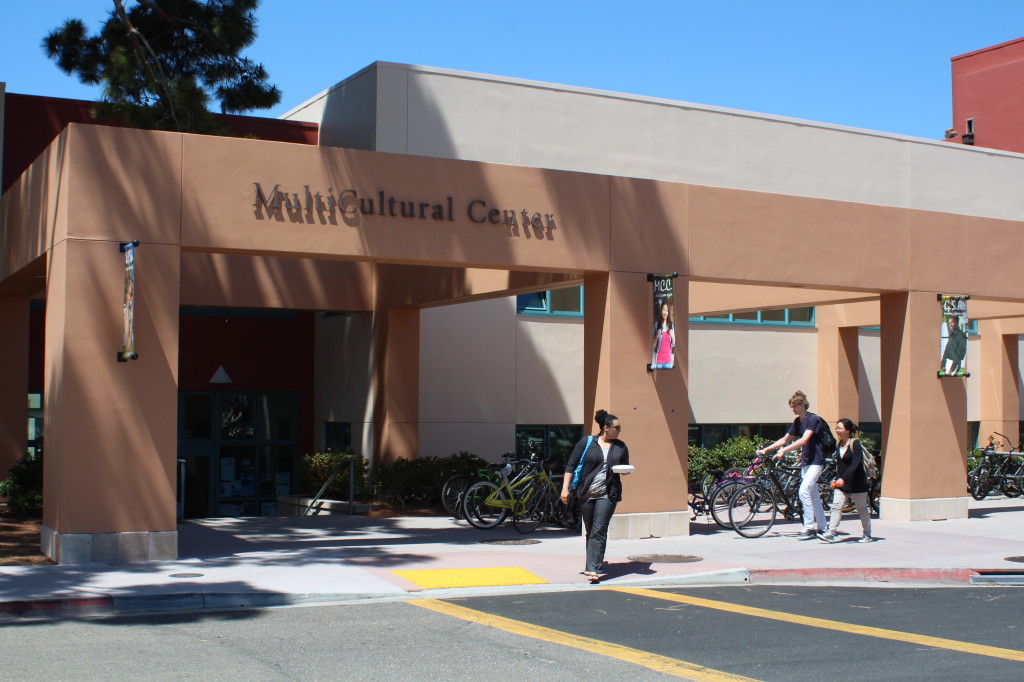 This quarter’s ballot includes a $6.77 raise in MultiCultural Center fees in order to continue aid in light
of recent budget cuts. The MCC promotes diversity and offers students a meeting room and equipment to use.

A version of this story appeared on page 3 of Wednesday, April 23, 2014’s print edition of the Daily Nexus.