UCSB’s Counseling and Psychological Services is seeking a funding increase of $21.39 through a new fee initiative in this week’s election ballot.

CAPS currently collects $13.54 every quarter from all students through a campus lock-in fee. If the fee initiative passes, students will pay $34.93 per quarter until the spring of 2018 when the fee will be subject to joint reaffirmation.

CAPS psychologist Dr. Kirsten Olson said it is imperative that the fee initiative passes to provide necessary resources to meet a rising demand for psychological services on campus.

“More friends and roommates are recognizing the emotional distress of their friends, so more students are utilizing our service, which is wonderful,” Olson said. “But in order to keep up with the need and demand, we have to increase the number of psychologists and staff we have … In order to do that, we need increased funding.”

According to Olson, CAPS has seen a consistent 23 percent increase in demand for services in each of the past three academic years.

Should the initiative pass, CAPS would immediately put up job descriptions to hire three additional psychologists, with an emphasis on expanding the cultural and linguistic diversity of its staff to reflect the demographics of the student body, according to Olson.

“We have job descriptions for psychologists ready for, right away, that reflect linguistic diversity that we know we need, such as Spanish-speaking and Chinese-speaking that reflects our students,” Olson said.

Olson also said the support fee will help CAPS expand their satellite locations off-campus, create more handouts and tangible resources to be passed onto students, and offset the loss of the three-year, state-issued ‘Suicide Prevention Grant,’ which will run out this year.

However, Ben Gross, a graduate student in mathematics, said he remained cautious regarding the fee’s near double in cost from last year.

“I have heard reports from sources that other schools’ psychological services sometimes impose extreme measures on students for trivial matters and often blow things out of proportion to defer potential responsibility,” Gross said. “As long as UCSB CAPS use their newfound resources to work genuinely with students to solve problems, I’m okay with it.”

CAPS Student Mental Health Initiative psychologist Janet Osimo said increased demand has put a strain on both students and psychologists, many of whom have been forced to put aside important administrative duties to take on more appointments.

“Students haven’t been able to see psychologists on a regular basis,” Osimo. “Ideally, we like to see them once a week, but that is that pushed out to maybe every two, three or even four weeks, depending on the availability of the psychologists just because there are so many new students coming in all the time.”

According to Osimo, students that are in “crisis” have priority over all others, causing those with less severe symptoms to wait longer.

“Students who are in crisis take more precedent, but students who are struggling but not yet in ‘crisis mode’ wouldn’t be able to see somebody regularly,” Osimo said.

This creates an increased risk of relapse along with recovery issues, according to Osimo.

“They might relapse more regularly or not recover as quickly as they normally would if they saw something at a regular basis.”

CAPS psychologist Mario Barfield said the services his agency provides help UCSB students who have any sort of mental health issue they are trying.

“One of the things we’ve been able to do is to create a space where students can come and talk about pressing concerns that have either started to effect them in college, or maybe things that they have been dealing with before they came to college that have created difficulties for them in different periods of their lives,” Barfield said.

According to Barfield, the supportive environment of CAPS allows students to effectively deal with their struggles in a safe environment.

“The great thing about what we do is we’ve been able to come in and work with them … and ultimately be in support of them in reaching their academic goals, which is why they come here initially,” Barfield said. 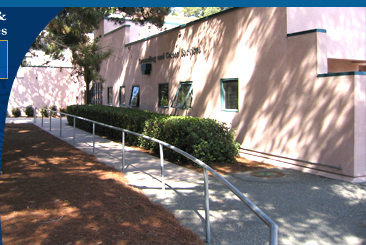 According to CAPS psychologist Dr. Kirsten Olson, UCSB has seen an increase in student demand for psychological services, making the student fee initiative crucial for CAPS.

A version of this story appeared on page 3 of Wednesday, April 23, 2014’s print edition of the Daily Nexus.