The Daily Nexus
News
UCSB Tennis Coach Opens Up About Coming Out
April 11, 2014 at 5:00 am by Jessy Diamba

Head coach of the UCSB women’s tennis team Simon Thibodeau sat down with the Resource Center for Sexual and Gender Diversity (RCSGD) on Wednesday to talk about his experience coming out in the hyper-masculine world of sports.

Thibodeau, who has been head coach since 2012, came out in an article published in the New York Times in August 2013. During Wednesday’s talk, which was attended by faculty, students and a substantial portion of Thibodeau’s team, Klint Jaramillo, Associate Director of Lesbian Gay Bisexual Transgender (LGBT) Services at the RCSGD, asked Thibodeau questions that ranged from why he decided to come out to how his family reacted when he did.

According to Thibodeau, his move to UCSB made him decide he wanted to make his sexual orientation known. With a new life in Santa Barbara and a new start in his career, Thibodeau said he felt more ready than ever.

“I had just turned 40, I had a new job, a new beginning and wanted to stay true to myself,” Thibodeau said. “Turning 40 really was the true wake-up call for me — very symbolic — and I thought ‘why not’ in a more liberal, open-minded setting like Santa Barbara?”

Thibodeau said those years never posed an opportunity to outwardly discuss his life as a gay coach, however.

“Fresno wasn’t the best place to be an out, gay man,” Thibodeau said. “I was coaching in Quebec and across Canada where I’m from, and people are a lot more supportive of the LGBT community than here in America.”

According to Thibodeau, it was only after meeting UCLA assistant softball coach Kirk Walker during a tournament in Los Angeles that he finally met someone “in [his] shoes.”

“He, as well as the coming-outs of major professionals such as Jason Collins, Michael Sam and, recently, Derrick Gordon — I know that we’re all making a difference in kids’ lives,” Thibodeau said. “Closets are for clothes, not people.”

Alvaro Medrano, a fourth-year environmental studies major and RCSGD Student Office Manager, said he thought having a tennis coach well-known for his career come out and “talk about his experience and his intent to work with other coaches on discussing locker room conversations” is an important first step in eradicating homophobia at UCSB.

“I really enjoyed that the RCSGD is [reaching out] to people being forgotten about — athletes and closeted students,” Medrano said. “It could change a student’s life.”

For third-year communication major Richard Moreno, Thibodeau’s talk had personal implications for him. According to Moreno, Thibodeau’s story inspired him to stay true to his identity and helped provide him an alternative look the diversity of people in the LGBT community.

“This talk has helped me in better discovering who I am and not letting others define my strengths and weaknesses,” Moreno said. “It was nice seeing a different perspective from someone in the sports world. You don’t really hear them very often because of constant LGBT stigma to never look, act or sound effeminate.”

According to Jaramillo, there will be many more talks similar to Thibodeau’s talk on Wednesday.

“I really think we’re moving forward with LGBT representation in sports and the greater culture, but I think there’s still a lot more to do,” Jaramillo said. “This is the first of many talks the RCGSD is planning to host in the future.” 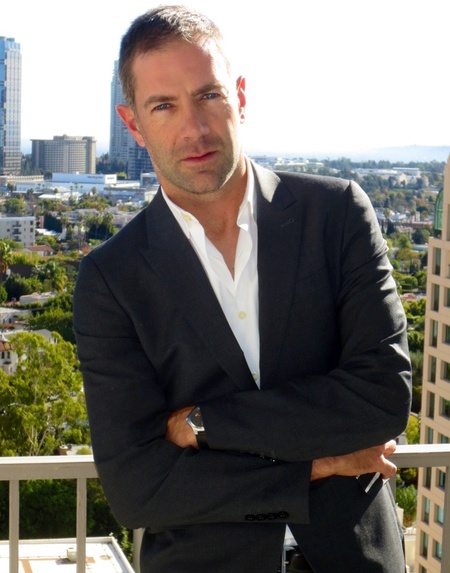