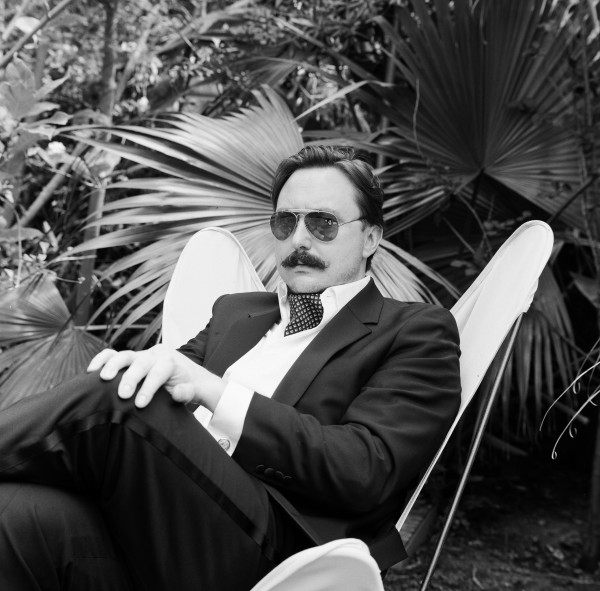 In preparation for his upcoming comedy show “I Stole your Dad,” “The Daily Show” regular John Hodgman spoke to the Daily Nexus about his style of humor, his on-stage persona and his work as a writer, along with other topics. He is best known as the Resident Expert and Deranged Millionaire on “The Daily Show,” as well as the “PC” in Apple’s “Get a Mac” ads. A self-proclaimed expert in the world of fake news, Hodgman penned three best-selling books covering his knowledge of half-truths and other nonsense as a trilogy titled Complete World Knowledge. He also maintains a podcast called Judge John Hodgman with radio show organization Maximum Fun. In this interview, Hodgman speaks about his career endeavors, encouraging students to make careers doing what they love as he did.

“I Stole your Dad” will be shown on April 1 at Campbell Hall for the UCSB Arts & Lectures’ Student Appreciation Event.

DN: The information released for “I Stole your Dad” lists an eclectic range of topics that will be discussed. What exactly can we expect from the show?

Hodgman: First of all, I can tell you what you cannot expect. There will not be any information about fax machines. I believe that that is currently in the publistic materials, and there was a time when I had something to say about fax machines. But then I realized it was the year 2014 … Beyond that, though, I will mostly just be telling stories from my actual everyday life. I am appearing not as the Resident Expert or Deranged Millionaire from “The Daily Show,” but rather the real human being who is named John Hodgman who has a normal life, a family, two human children and about 500 different jobs all of which I love very much. Also I will be telling some stories about cats, ‘cause that’s what the internet loves, and about marijuana, but mostly it’s just true stories from my life, plus me getting dressed up as Ayn Rand from the year 1980.

DN: Can we expect to see more of these kinds of shows?

Hodgman: If I do come back, I will continue to do whatever strikes me as funny as at the moment. You know, the Resident Expert and Deranged Millionaire persona that I continue to perform on “The Daily Show” is an exaggerated version of me, of course. But the real me happens to be a little bit deranged. So whatever it is that I find preoccupies me and is funny will be what I talk about on stage, then. But right now what I’m talking about is essentially what happens when you predict the end of the world, which I did, and what happens when you finish a big project, which I did with my three books of Complete World Knowledge, and you do not die at the end of either of those things, and instead you have to come up with something else to do.

DN: You mentioned your role as the Deranged Millionaire on “The Daily Show,” which I understand you have used on several occasions prior to your work there. How did you come up with the idea for this character?

Hodgman: The Deranged Millionaire character emerged from a period of my life when really sort of against all odds and through a tremendous amount of luck I found myself without crippling debt and enough money to be financially stable in a way that, as a creative person, I never imagined would be possible. And I truly felt liberated and deranged. I began to realize how much emotional anxiety in our lives is controlled not by how our parents raised us, or traumatic experience, but the simple ongoing trauma of worrying ‘Do I have enough money?’

DN: I’ve noticed that even when not appearing as the Deranged Millionaire, you portray a character that is to some extent “an exaggerated version of yourself” as you called it. How do you balance this character with your real personality?

Hodgman: The Deranged Millionaire and Resident Expert, and all the other roles I play with the exception of a few acting jobs, they’re always named John Hodgman. And they’re me. I am someone who has gleaned a lot of half-truths from a ton of trivia books over the years because I love them … I think what is better about my current mode of live performance is first of all, because I’m not a character I have no requirement to be consistent … And so there’s a freedom in the looseness and the spontaneity that is extremely energizing to me creatively and the vulnerability that I enjoy very much, and I think other humans have enjoyed it as well.

DN: Do you have a goal when you make an appearance or perform? Or do you simply enjoy entertaining?

Hodgman: I just want everyone to have a good time. I am not there to entertain myself; I am there to entertain other people. And entertainment has a very important social function. It is to enlighten to a certain degree, to inform you of things you may not have known, to take a moment where we are all together and form a sense of community, if only for that moment in that room, and also to distract you from all the other garbage that’s going on. And I love distracting people and then secretly getting them to engage with the hard things in life. So that’s fun for me, so my main goal is to make it fun for others.

DN: I know a lot of students here are hoping to make careers in writing of some sort, which you have done a lot of. How did you manage to work your way up to the success you now enjoy through that medium?

Hodgman: In order to be successful as a writer you have to write. You have to get in there and do it as much as you can without second-guessing yourself or self-editing yourself, or even without a whole lot of strong ideas about what kind of writing you want to do. … When you’re young and you think you’re a super genius, convincing yourself to sit down and write is not that hard. … When you get older, when you’ve realized that everyone has said it before five times, and you’ve said it before 10 times, it gets harder to write. But even then the solution is just to sit down and write. … Oh, and turn everything in on time.

DN: How did you decide you wanted to do humor writing? Did it just feel automatic?

Hodgman: For a long time into my adulthood I imagined that I wanted to write serious short stories, because I loved short stories. And I thought that might be an extremely prestigious thing to do. But here’s the thing: A: Even if you’re really good at it there’s no money in it. And B: I was okay at it but what I discovered by being open to it, was that I was really good at writing funny things, that my audience responded so much more when I allowed myself to be funny, and I had a better time, and the writing was that much better.

DN: Are they any decisions you made throughout your career that you now regret, or would have done sooner?

Hodgman: There’s nothing that I wished I had done sooner, because everything that happened … happened so strangely and so much more late in life than I could have ever imagined. Going on television after my first book The Areas of My Expertise at the age of 34, you know whatever illusions I had that I would ever turn up on television had sort of been retired by the time I turned 29 and 30 and realized I wasn’t working in that world. And then four years later to start an entirely new career. It was so flabbergasting that I almost still can’t believe it. And it would never have happened unless everything that happened before it had happened. I needed to take every step that I took.

DN: What advice would you give to those who want to pursue careers that, like short story writing, have little money in them?

Hodgman: You know, Eugene Murmon, who is a good friend and a great stand-up comic, gave a commencement address to Hampshire College in Massachusetts, where I’m from. Hampshire College is a strange college where you are able to design your own major, and Eugene designed his major in stand-up comedy. He knew that’s what he wanted to do. And lots of people asked ‘how much of a back-up plan should you have when you strike out as a creative person.’ And Eugene gave the answer which was ‘none.’ You should spend 10 years doing whatever it is you think you need to do, and have no backup plan. And if you spend 10 years diligently doing it, chances are you’re going to have a career in it.

DN: What can we expect to see from you in the future? Any big plans?

Hodgman: I wish that I knew. I don’t have any plans to write another book at this time … I certainly would love to write another book, but I won’t ever write another book just to write another book, that’s a waste of everyone’s time. So if something strikes me that I can’t not do I will do it. I currently have a supporting role in the new FX network comedy called “Married” that we are shooting and will come out in the near future that is really funny. And I will continue to be a contributor to “The Daily Show” as long as they will allow me to come over here and steal their office supplies. And I have my podcast, the Judge John Hodgman podcast. And I want to continue all of these things and I hope I will still have the opportunity to find audiences and tell them what I think all the time.

DN: Is there anything else you’d like to say to the students of UCSB?

Hodgman: I am looking forward to meeting you.

This story appeared as an online exclusive on Thursday, March 13, 2014.