The Daily Nexus
Regents
New Bioengineering Building To Be Built
March 6, 2014 at 5:00 am by Staff Report

The UC Office of the President has secured funding for a new bioengineering building to be erected on campus between Davidson Library and the Psychology building, with construction scheduled to begin this summer.

The three-story, 48,000 square foot building has a budget of $81.6 million — $26.5 million of which will come from the state, according to the Office of Budget and Planning. The new development seeks to address the lack of space for collaboration between bioengineering and biomedical researchers, combining both the Center for BioEngineering and the Institute for Collaborative Biotechnologies under one roof.

The project has been planned for years, with the UC Regents approving construction in 2010, although state funding has been delayed until recently due to the economic recession. It will provide office space for 15 faculty members, classrooms and lab space for 110 post-doctorate and graduate student researchers, and an auditorium. As a new research hub, the building will allow for a new undergraduate major and independent Ph.D program in bioengineering in addition to the chemistry and biochemistry majors provided through the College of Creative Studies. 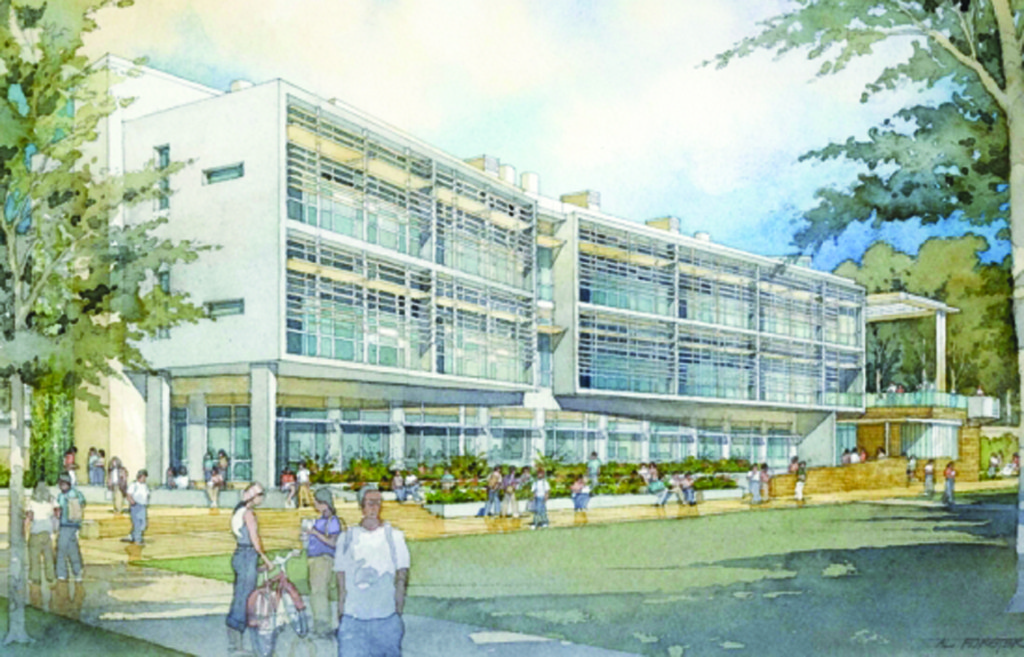 This summer, construction will start on a three-story, 48,000 square foot bioengineering building between Davidson Library and the Psychology building.

Photo Courtesy of UCSB Office of Public Affairs and Communications

A version of this story appeared on page 3 of Thursday, March 6, 2014’s print edition of the Daily Nexus.

You know what’s annoying: the fact that we the current students have to put up with the construction for our time here, all the while paying for the costs of these new buildings yet we won’t get to enjoy them because we’ll be gone in a couple years.