The Daily Nexus
News
Professor Lectures on Everyday Racism for ‘Race Matters’ Series
February 19, 2014 at 5:00 am by Aditya Tadanki

The event drew focus to the role of racism in everyday life, with Holland speaking about the power and presence of racism as a concept that exists subtly — yet pervasively — on a daily basis. Holland’s lecture came as part of MCC’s Race Matters series, which explores various aspects of race and racism in modern society. While the event was originally scheduled to take place in the smaller MCC Lounge, it was eventually moved to the MCC Theater to accommodate a larger-than-expected crowd. Professor Holland teaches in the Department of American Studies at UNC at Chapel Hill, having recently moved from the African American Studies Department at Duke University.

“My book that will be released soon was inspired by all the hatred that black people were facing [during] the Michael Vick scandal,” Holland said. “People said black people don’t treat their animals well, which is false. I wanted to bring humanity back to blackness.”

“Queer studies started when there was a split between the study of feminism and pornography,” Holland said. “There was a major split when some people decided to walk one way and support these women who were participating in pornography, while some people walked another way and decided not to support them.”

Holland said her work as an activist and undergraduate years spent at Princeton University, where she graduated from in 1987, prepared her well for her current work in Ethnic Studies, Feminist Studies and American Studies.

“When I was at Princeton University, things were going on. It was toward the tail end of the Free South Africa movement,” Holland said. “Things happened to me, and I started to read a lot. I was really involved as an activist, and was known as that Sharon Holland.”

Professor Holland has published three novels and spoke of releasing a fourth book sometime in the near future. She said many of her novels are inspired by her personal experiences growing up in a time of racial discrimination and inequality. “I never missed turning in my homework, and I always came to school on time. I realize now that I didn’t do those things because I was smart,” Holland said. “I did those things because I was terrified of getting kicked out of school. At that time, they would use any excuse to kick us out of school, and I did in fact get kicked out of some schools.” 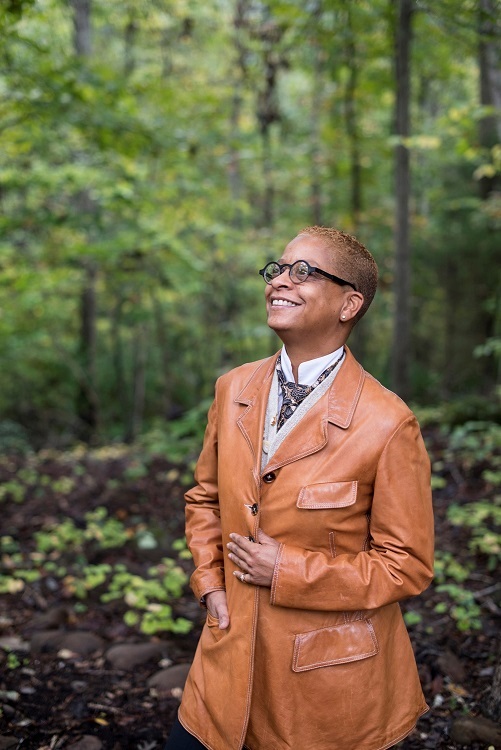 Sharon Holland is a professor at the University of North Carolina, Chapel Hill. Her novel was inspired by the reaction to Michael Vick’s dogfighting controversy.

A version of this story appeared on page 3 of Wednesday, February 19, 2014’s print edition of the Daily Nexus.