On Feb. 24, Student Health Services will begin offering select students and faculty an experimental meningitis vaccine that is not licensed for use in the U.S., following the use of a similarly unlicensed vaccine at Princeton University in December.

Bexsero — an unlicensed vaccine that is only approved for use in Australia, Canada and Europe — was approved by the Food and Drug Administration for use at UCSB, after university officials filed an Investigational New Drug Application with the FDA. The drug protects against the rare serogroup B strain of meningococcal disease, and the Centers for Disease Control and Prevention (CDC) reports that it protects against 91 percent of all circulating strains of meningococcal disease and meningitis, which is caused by it. This number includes the ST32 strain of meningococcal disease that was responsible for infections contracted by four UCSB students last quarter, including first-year student and lacrosse player Aaron Loy, who had to have his feet amputated as a result of complications from the disease.

The vaccination will be available free of cost at the Rec Cen for two weeks, on a drop-in basis from 10 a.m. to 6 p.m.

According to Dr. Mary Ferris, executive director for Student Health Services, the CDC still considers UCSB host to a meningitis outbreak and recommends that all students become vaccinated.

“It would be tragic if someone here got this disease and we could have prevented it with the vaccine,” Ferris said. “So to help prevent further spread, the university supports the CDC’s recommendation and is making this vaccine available at no charge.”

The safety of the vaccine has been called into question, as it was released just last year and can only be used in the United States with case-specific approval from the Food and Drug Administration. Ferris, however, said the vaccine does not pose a danger.

“I don’t think there’s any controversy over the vaccine, but rather that it is newly released in 2013 and not yet licensed in the United States for widespread use,” Ferris said.

In fact, Ferris said the U.S. has probably not yet licensed the vaccine because the rare strain that it protects against — serogroup B — is more common in other regions of the world. She said manufacturers of the drug likely pursued licensing in those areas first.

The vaccine consists of two separate doses and has been successfully administered to 8,000 people across all age groups as well as to over 5,000 students at Princeton University in December of last year. No unusual adverse side effects have been reported.

The CDC confirmed in a statement that the serogroup B vaccine would help to protect against the strain that has circulated the campus.

“Lab testing has been done to establish that the vaccine will help protect against the exact strain of meningococcal bacteria that is causing the outbreak at UCSB,” the statement read.

Fourth-year history major Darlene Moreno plans to make getting the vaccine a priority, having been previously afflicted with the disease.

“I’ve already had meningitis, so anything that can prevent that happening again … I will be the first one there, pretty much,” Moreno said.

Moreno also encouraged other students to get the vaccine.

“I definitely would recommend for other students to get it. [The disease is] really horrible. You don’t want to go through that,” she said. 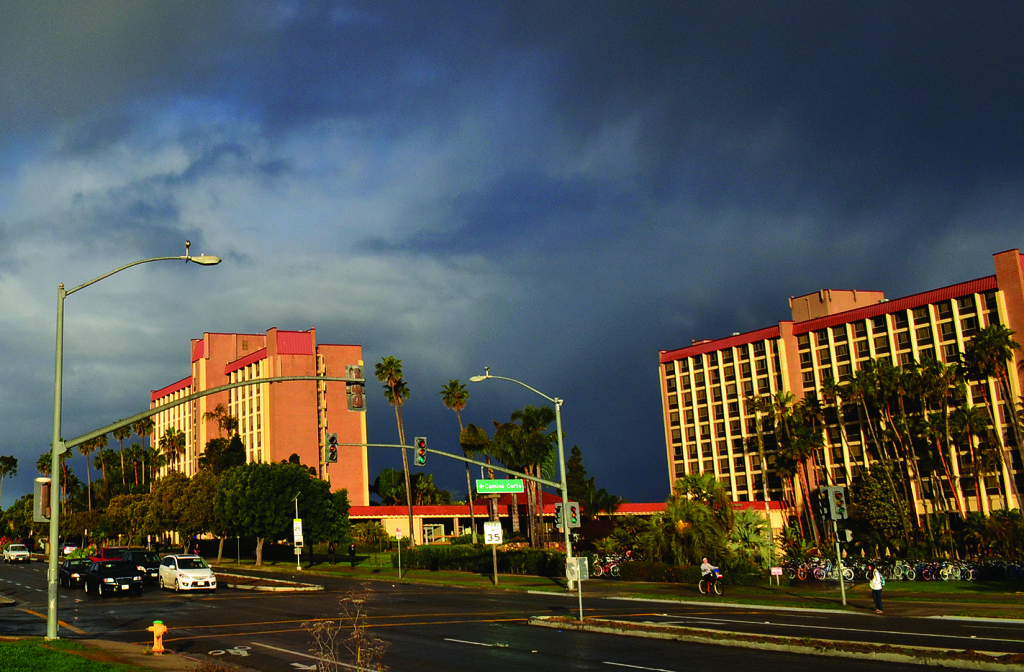 The new meningitis vaccine will be offered to prevent future campus outbreaks. One of the major factors in its spread was through close student living quarters in dorms such as Santa Catalina (pictured above).

A version of this story appeared on page 3 of Wednesday, February 5, 2014’s print edition of the Daily Nexus.

As a parent who lost her college aged son to meningococcal dusesdet and as president of the National Meningitis Association, I urge all students to take advantage of this unique opportunity to be vaccinated against the B strain. If you have not already been vacvinatedt against the other strains, please get that vaccine as well.

Andrea Robinson died of meningitis serogroup B in February 2010. She was an 18-year-old freshman at Ohio University where a serogroup B meningococcal outbreak persisted over 3 academic years, causing illness in 13 students from January 2008 to November 2010. From the Cleveland Plain Dealer: “Robinson was a bright student who loved animals and frequently spoke of her goal to become a veterinarian, said John Yurkschatt, Robinson’s academic adviser in OU’s University College.” In 2010, no broadly effective vaccine existed to combat this disease. Today, one does. If you are an undergraduate at UCSB, you just need to show up… Read more »

Hi Everyone. Some students at Princeton have been reporting side effects for the second dose, including high (>102 degree) fever and nausea. The risk of fever is also noted in the literature for Bexsero, with Novartis stating that it happens in about 1 in 10 vaccinations:

These issues were experienced more in the second round of vaccination than the first. I’m all for vaccinating, but I’m also for informed consent. Stay healthy!

Dear Dr. Ferris, I was disturbed to read the recent article in the Santa Barbara Independent which seems to indicate that much of the student body is unaware of the urgency of receiving the meningitis B vaccine: http://www.independent.com/news/2014/feb/20/meningitis-vaccine-clinic-starts-monday-ucsb/?on I reviewed with interest the posters UCSB has produced. I was dismayed at the utter lack of education regarding the question of  “Why get the vaccine now, since there haven’t been any cases since November?” The only reason given is that “the CDC recommends…” Why does the CDC recommend? • Meningitis B disease is swift and often deadly, sometimes killing within hours… Read more »

Link to the audio from Mary Ferris and Debbie Fleming’s presentation at the briefing:

Dr. Ferris talks about the Ohio University meningitis B outbreak which persisted across 3 academic years, with 13 cases and one fatality…also, she quotes the CDC estimate of further cases at 50%.

Hello, my daughter Taylor will be attending UCSB in the fall, where and when can she obtain these 2 vaccinations?
Thanks much,
Ingrid