The Daily Nexus
News
Police Arrest Group on Suspicion of Theft, Rape
January 21, 2014 at 5:00 am by Staff Report 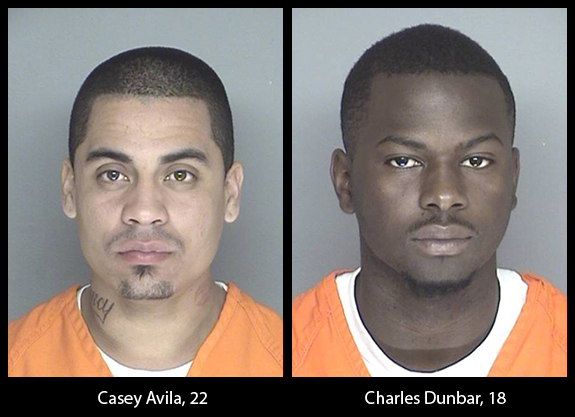 Officers with the Isla Vista Foot Patrol and UC Police Department arrested three suspects in Isla Vista early Saturday morning for rape in concert, after a witness reported a woman being sexually assaulted on the 6500 block of Sabado Tarde Road.

The officers, who were in the process of responding to a report of theft from the 7-Eleven on the corner of El Embarcadero and Sabado Tarde Road, questioned a group of three men and arrested the youngest one, a 15-year old from Oxnard, in connection with the theft, according to Public Information Officer Kelly Hoover.

“The 15 year old was arrested for shoplifting, and all three were associated with the petty theft incident,” Hoover said.

Around this time, a witness notified a UCPD officer of the sexual assault and gave a description matching the three men questioned over the theft. At approximately 1:30 a.m. the victim, an 18-year old female UCSB student, reported the assault to another UCPD officer she flagged down.

After a short investigation with the help of detectives from Santa Barbara County’s Criminal Investigations Division, the other two suspects were arrested. Casey Avila and Charles Dunbar, both from Santa Barbara, are being held along with the 15-year old, whose name has not been released, for rape in concert — a charge in which multiple perpetrators act together in sexual assault. The victim was treated at a hospital and released several hours afterward.

These scum are not worthy of this planet.