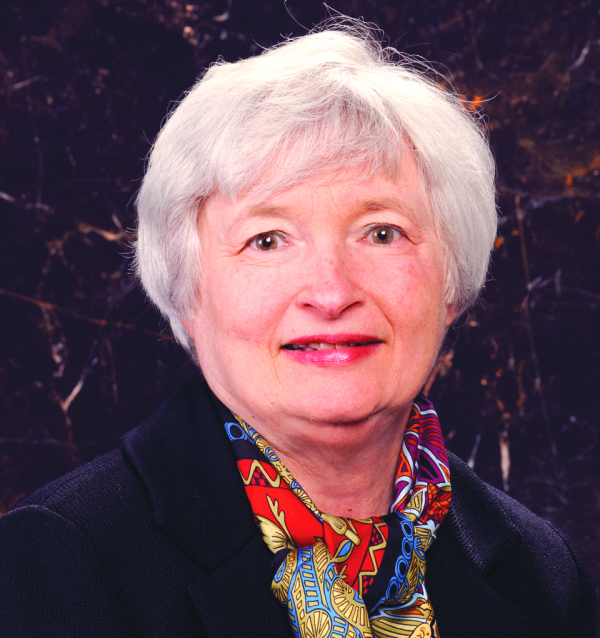 The U.S. Senate confirmed last Monday the next Chair of the Federal Reserve as Janet Yellen, the first woman ever appointed to head the central bank of the United States.

Yellen, currently the Vice-Chair of the Federal Reserve, worked as an economics professor at the UC Berkeley Haas School of Business where she taught thousands of undergraduate and graduate students from 1980 to 2004 until she became the President of the Federal Reserve Bank of San Francisco. As head of the Federal Reserve, Yellen will be responsible for the monetary policy of the United States, working to encourage and maintain full employment and prevent excessive inflation.

During her tenure, which will begin on Jan. 31, Yellen will need to confront sluggish economic growth, Congressional calls for increased transparency from the Federal Reserve and a persistently high unemployment rate that has burdened the U.S. economy since the 2008 financial crisis.

“Janet Yellen is very smart. She knows the business,” Rupert said. “She has a very strong intellectual background, and what it tells me is that the UC system has a lot of good people.”

Though generally supportive of Yellen, Rupert said he finds her support of the Federal Reserve’s policy of quantitative easing concerning. Quantitative easing is an unconventional monetary policy in which a central bank purchases government securities to lower interest rates and increase the flow of money. In this case, Rupert said the Federal Reserve buys $75 billion of government bonds every month to help stimulate the economy.

Yellen is expected to continue the controversial policy initiated by her predecessor, Ben Bernanke. According to Rupert, quantitative easing has been criticized for its potential to devalue the dollar and increase inflation.

“I just don’t think quantitative easing is working. It’s not doing anything,” Rupert said. “I think letting the market worry about this stuff so that there aren’t any mixed signals from the Fed … is the appropriate thing to do.”

Professor Rupert said he would like to see the Federal Reserve under Yellen’s leadership narrow its scale of operations to focus more on its stated goals, primarily by preventing inflation.

“To me it would be better to say, ‘Look, we’re a lender of last resort, we did our job, we’ve provided lots of liquidity to the system when it needed it. We did what we could to stimulate the economy. Now the economy is riding on its own; we should step back and worry about inflation,’” Rupert said.

Apart from fiscal issues, Rupert said he views Yellen as a leader for women and students through her historical appointment as the first female Chair and the hard work involved behind her accomplishments.

“Seeing Obama appoint her as the first female chair — that’s fantastic. I think she would be a role model for a lot of people,” Rupert said. “Work hard, study a lot and good things can happen.”

On the same lines, Kat Lockwood, a Berkeley alumna and head of UCSB’s CALPIRG chapter, said she believes Yellen’s appointment serves as a good illustration of the growing influence of women in society.

A version of this article appeared on page 3 of January 13th’s print edition of the Daily Nexus.

Great article. I happen to agree with Rupert. The WSJ had an article, when it looked like she was going to be selected, titled It’s All Over But The Yellen. Clever!
Keep up the good reporting!