The Daily Nexus
Regents
Brown’s Proposal To Increase School Funding
January 13, 2014 at 12:05 am by Staff Report 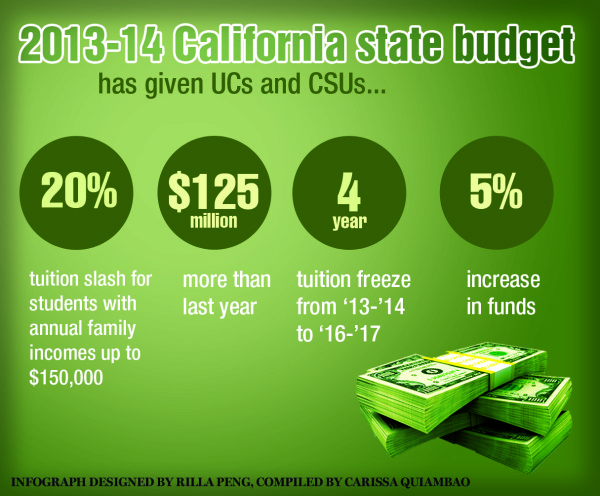 California Governor Jerry Brown announced his proposed budget for the upcoming fiscal year on Thursday, with the proposal including an additional $142.2 million to the University of California.

In addition to funneling five percent more funds toward the UC, Brown’s proposal includes an increase in K-12, community college and California State University funding, stipulating that they must find budgets that do not depend on tuition increases. Other priorities of his include reducing student loan debt and putting money into a “rainy day fund,” which would protect against economic instability.

Part of the funding towards education will go towards making the transfer process from community colleges to UCs easier and increase the amount of baccalaureate degrees, according to a statement released by UC Vice President of Budget and Capital Resources Patrick Lenz.

A version of this article appeared on page 1 of January 13th’s print edition of the Daily Nexus.