The Daily Nexus
News
Obama To Present Prestigious Award to UCSB Faculty
January 9, 2014 at 5:00 am by Elliott Wright 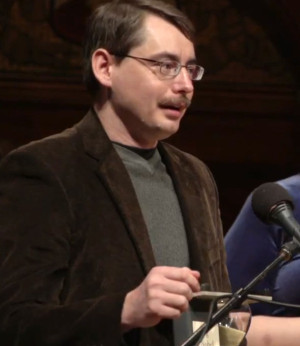 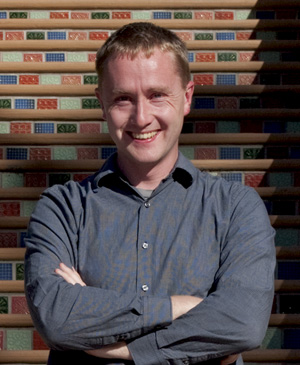 At the start of this year, UCSB Assistant Physics Professor David Weld and Assistant Professor Rouslan Krechetnikov of Mechanical Engineering received the Presidential Early Career Award for Scientists and Engineers, or PECASE, in recognition of their excellence in physics and mechanical engineering.

The award, which Obama will officially bestow on the professors later this year, is one of the highest of its kind for scientists and engineers, and will go out to only 100 other researchers this year, nationwide. The award is administered by the Department of Defense and National Science Foundation, and recipients are chosen from those who have previously earned NSF CAREER awards, which are also highly competitive.

Chancellor Henry T. Yang emphasized the PECASE award’s status as a highly competitive and prestigious award, recognizing not only excellence and the significance of research contributions, but also the potential for future leadership and research impact.

“I am honored and pleased to congratulate Professors Weld and Krechetnikov on this high-profile award. UC Santa Barbara is proud of their achievement, and committed to fostering a vibrant and supportive intellectual environment for our faculty to flourish and develop their careers,” Yang said in an email.

Professor Weld, a physicist who specializes in ultracold atomic physics, attributes the award to the help he received from his colleagues at UCSB, saying the academic atmosphere at UCSB is conducive to collaboration and support amongst faculty. Weld also said he looks forward to the projects his award’s funds will soon make possible.

“There is a lot of cooperation within UCSB which I really like quite a lot. People are all supporting each other in this department and on this campus,” Weld said. “It’s one of the best schools for theoretical physics on planet earth. A lot of work benefits from close cooperation with theorists, which is very exciting for me. It’s great to have the money to enable the research,”

Professor Krechetnikov’s works covers a large area within mechanical engineering, such as theoretical fluid mechanics, analytical mechanics and any problems that he considers “exciting and important, regardless of the current research trends.”

Krechetnikov received his Ph.D in applied mathematics from the Moscow Institute of Physics and Technology, known as Phystech, and joined the UCSB staff in 2008 after just barely moving to the United States.

“Around the time of the Soviet Union collapse, I had to make a choice of either going into business or continuing with science … Due to the economy situation, my monthly stipend at the Phystech was enough to pay only for one loaf of bread,” Krechetnikov said in an email. “Since science was my real passion and I always dreamed of America … then the opportunity came, the decision to move was natural.”

Weld began teaching at UCSB in 2011 after receiving his Ph.D from Stanford in 2007. He explained that much of his success can be credited to the influence of his mentor, and he said such mentors are critical in the lives of many aspiring scientists and engineers.

“The person who inspired me to pursue ultracold atoms was my postdoctorate advisor, Wolfgang Ketterle, at MIT. I worked with him for several years, and he has a lot of passion for the field and a lot of excitement about the future. He infected me with that,” Weld said.

For Krechetnikov, his series of mentors influenced his place of study, as well as his success as a researcher.

“I was very lucky with my advisors — first Ph.D. advisor Igor Lipatov at Phystech (Moscow), then postdoctoral advisors George ‘Bud’ Homsy (UCSB) and Jerry Marsden (Caltech), who actually never told me what to do and treated me as a colleague. They contributed to my growing as a physicist, experimentalist and mathematician, respectively,” Krechetnikov said in an email. “Before going to Caltech for postdoctoral studies in 2004, I got a chance to work with Bud Homsy, who was on faculty at UCSB at that time. It was one of the most productive and inspiring times in my career, which motivated me to join the faculty later in 2008.”

In regards to current UCSB students, both Weld and Krechetnikov hope students take advantage of their time to pursue their academic interests.

“For people who are interested in going into physics research of any kind as a career, there is a lot of research of opportunities at UCSB. You could get started tomorrow. Go knock on professors’ doors and try to get affiliated with the research group and start doing research,” Weld said.

Krechetnikov said studying one’s interests, rather than following research trends, is another critical element to success.

“Just be yourself and follow the path [to which] your own heart belongs, not influenced by other people’s wishes and compromises dictated by environment,” he said via email.

A version of this story appeared on page 5 of Thursday, January 9, 2014’s print edition of the Daily Nexus.