The Daily Nexus
News
UCS Bee Conscious Organization: To Bee or Not To Bee?
December 5, 2013 at 2:26 am by Aditya Tadanki 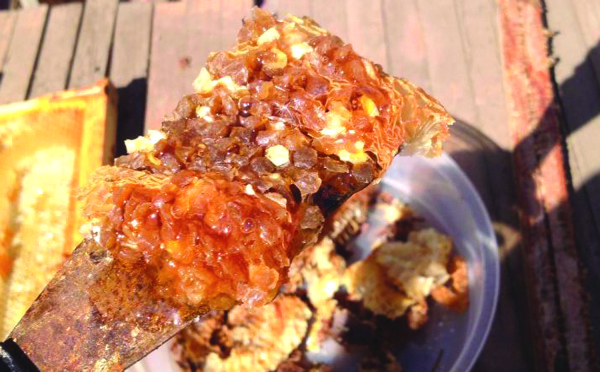 UCSB is experiencing a whole new buzz on campus.

According to Walther, the club has received significant support from university-based and local organizations such as the Santa Barbara Beekeepers Association and the Coal Oil Point Reserve.

“The reserve director, Dr. Christina Sandoval, has been kind enough to give us access to the active hive at the reserve,” Walther said. “We’re working on getting bee suits and other supplies so that we can continue doing work at the hive.”

Todd Bebb, vice-president of the Santa Barbara Beekeepers Association, said he fully supports Bee Conscious and is excited for the club’s ability to educate students and other members of the community on the importance of beekeepers in ecosystems worldwide.

“We’ll provide as much support as we can to them, especially in the spring, when it’ll be time to introduce new bees to the hives at the Coal Oil Point Reserve,” Bebb said.

Bebb also said he has been involved in efforts surrounding bee policy at UCSB before, with Bee Conscious representing a continuation of the work the Santa Barbara Beekeeping Association already does for the local community.

“I’ve been working on getting hives on campus at UCSB for a while now,” Bebb said. “We were able to convince the school to change their policy to rescue, rather than exterminate bees. I got in touch with the pest contractor for the school, and we trained all of their workers on how to rescue bees safely.”

Bebb also said organizations like Bee Conscious help the general population become aware of the vital ecological role bees play in the environment, with this knowledge being particularly important in the midst of dying bee populations across the country.

“A big thing about beekeeping is environmental awareness,” Bebb said. “Just last year, we did over 400 rescues. It’s important that we educate different institutions, businesses and homeowners about the benefits of rescuing bees over exterminating them.”

The Santa Barbara Beekeeping Association and “Bee Conscious” are also currently working on establishing a beekeeping certification program. According to Walther, California lacks such a program, despite the fact that bee colonies are responsible for a sizable amount of agricultural production.

“California currently does not have one, and it’s about time it did, as we are the largest repository of annual bee pollination populations globally,” Walther said. “1.7 million colonies are needed for the Central Valley almonds’ three-week blossom in 2014. That’s about 70 billion bees.”

Third-year anthropology major and Bee Conscious member Greg Ryan also said the role bees play in food production is something students should understand in order to help purport knowledge about bee pollination and its effects on the world.

“I’ve always been interested in bees,” Ryan said. “People take a lot for granted, and with rising food costs, we need to know about the importance of bees to our food system.”

A version of this article appeared on page 6 of December 5, 2013’s print edition of The Daily Nexus.