The Daily Nexus
News
I.V. Deli Seeks to Refresh Menu, Change Locations this Winter
December 5, 2013 at 2:22 am by Daniel Slovinsky 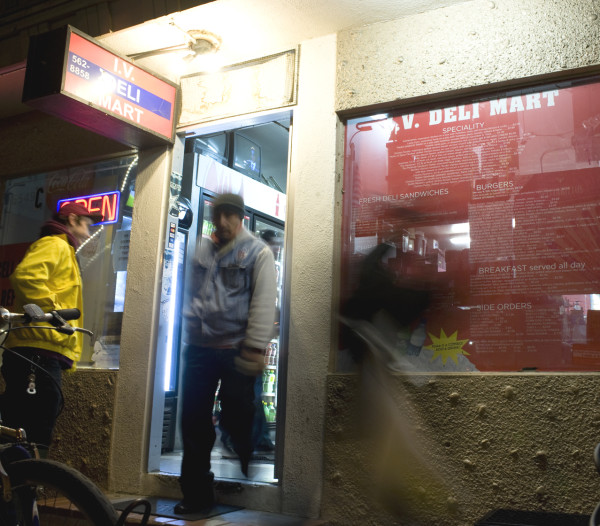 Beginning next quarter, I.V. Deli Mart will move into the emptied out Isla Vista Bookstore building next door, abandoning its current location which it has occupied since its founding in 2003.

Although exact plans have not yet been finalized, the move will likely happen sometime in January or early February. The I.V. Bookstore building, which is about four times larger than the I.V. Deli Mart’s current site, will reduce crowding and allow the store to expand their range of food items. The business is also considering creating a new breakfast food menu featuring pancakes and waffles, as well as creating outdoor seating in the parking lot beside the store.

Michael Hassan, owner and founder of the shop, said he hopes to include Chinese food on the menu since I.V. currently lacks this line of cuisine, as well as Mexican food to compete with the comparatively high prices of Freebirds.

Last spring, the opening of the 7-11 near the Loop introduced competition from a large corporation to Isla Vista, where small, local businesses make up most of the community’s restaurants and convenience stores. According to Hassan, the expansion could now help I.V. Deli Mart better compete with these larger competitors.

While 7-11 has managed to draw in some of I.V. Deli Mart’s sales, Hassan said 7-11’s location is one of the biggest reasons for its success. In spite of this, he said I.V. Deli Mart still sustains a loyal clientele base, with some of its customers even coming from 7-11’s side of town.

“7-11 — it took some business of course … I mean, they’re on the other side from us, so it’s going to be people from around them who are going to go more,” Hassan said. “But we are lucky to have very loyal customers. Even people who live … above 7-11 also get delivery from us, which I really appreciate.”

Students should support small businesses like I.V. Deli Mart rather than large corporations, according to Hassan, since local stores are more likely to cater to the needs of the community.

According to Hassan, the spread of chains and corporations in Isla Vista has taken control away from the local community.

“Like 7-11, all the money’s going to Japan — it’s a Japanese company,” Hassan said. “If we keep supporting those big companies, small business is going to vanish and we end up with one big company controlling everything.”

With more space and a larger menu, Hassan also said the expansion will create more jobs for students and other I.V. residents, allowing locals to find employment that is closer and more convenient, saving time, money and gas.

A version of this article appeared on page 4 of December 5, 2013’s print edition of The Daily Nexus.