On November 20, members of the AFSCME 3299 and UC Student Workers Union UAW 2865 from nine UC campuses went on strike to protest grievances by the UC administration.  Several Nexus photographers were on hand to capture various images of the protests that day.

The related Nexus article can be read here: 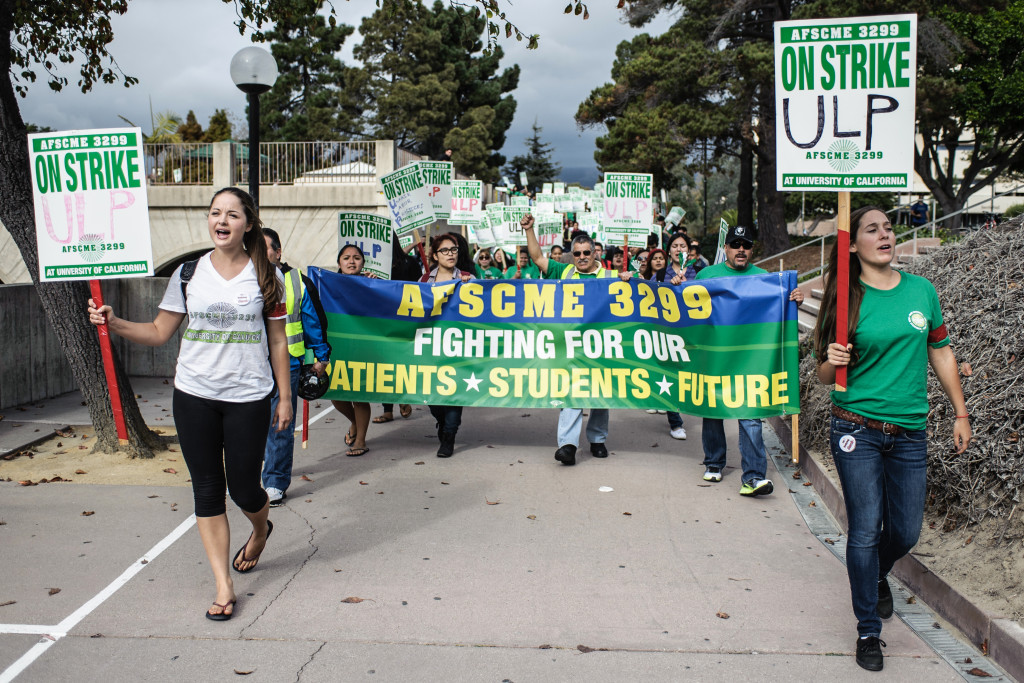 Striking AFSCME 3299 union members and its supporters march down Storke Plaza during the UC-wide protests by members of AFSCME 3299 and UAW 2865 on November 20, 2013. Eric Swenson/Daily Nexus 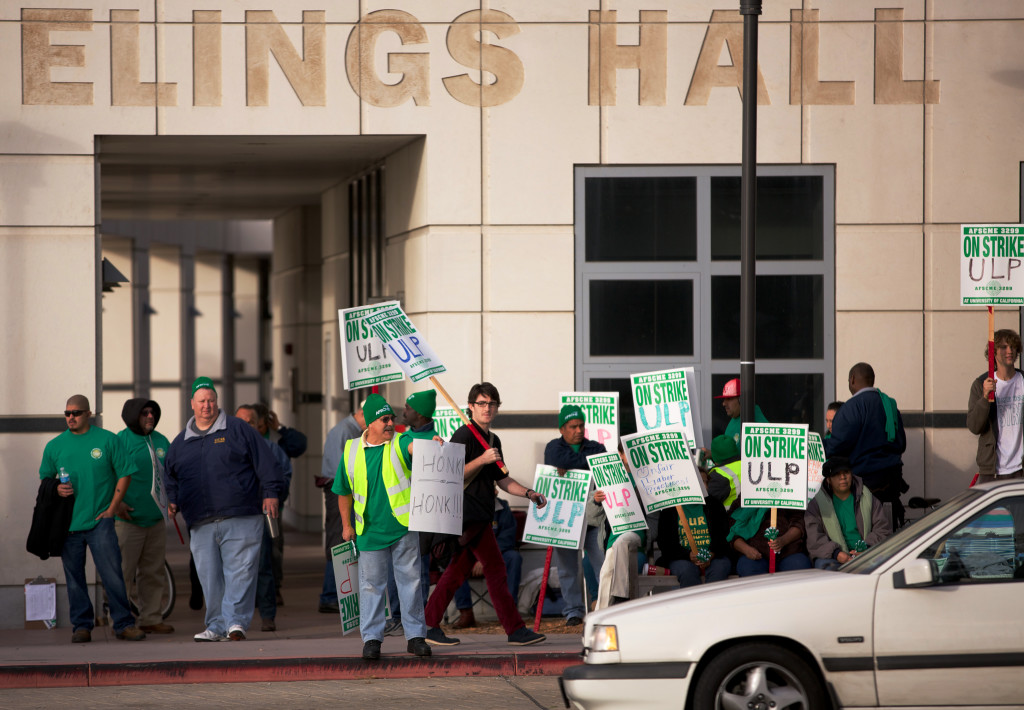 Union members and supporters strike in front of Elings Hall near the Henley Gate in early morning. Peter Vandenbelt/Daily Nexus 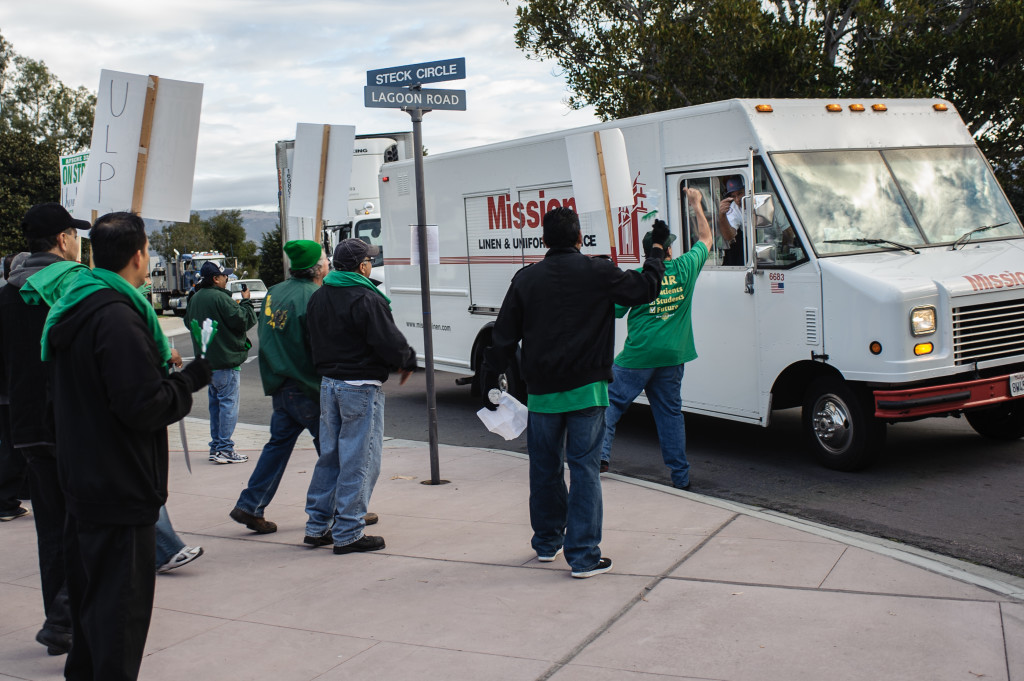 A driver for a linen and uniform service company pauses on the road–creating a ten-car traffic in the process–to show his solidarity and shake the hand of one of the leaders of the strike. The photographer noted that the driver proceeded to park his truck, and come out of his work uniform to join the strike. Eric Swenson/Daily Nexus 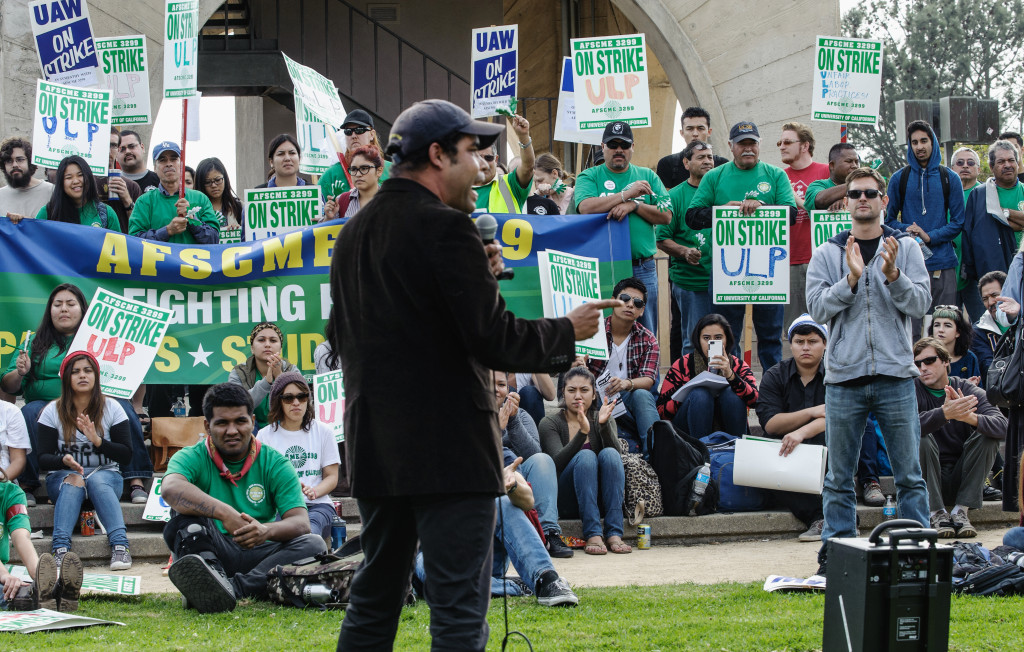 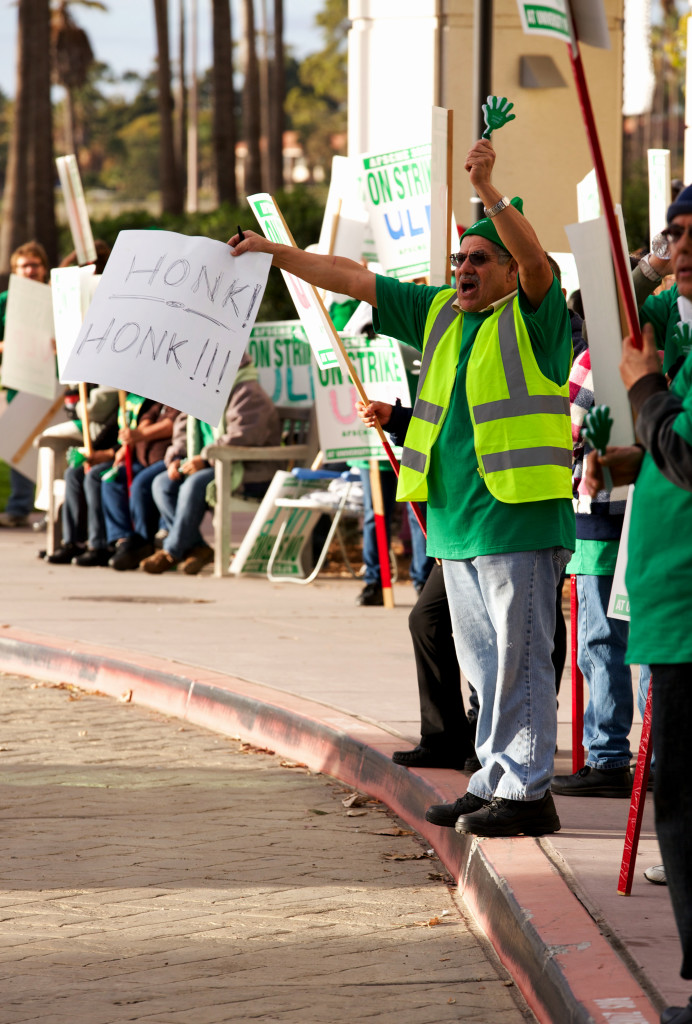 A union worker of the American Federation of State, County, and Municipal Employees 3299 urges passing motorists to honk their horns in support for the striking workers in front of Elings Hall near the Henley Gate in the east side of the UCSB Campus. Peter Vandenbelt/Daily Nexus 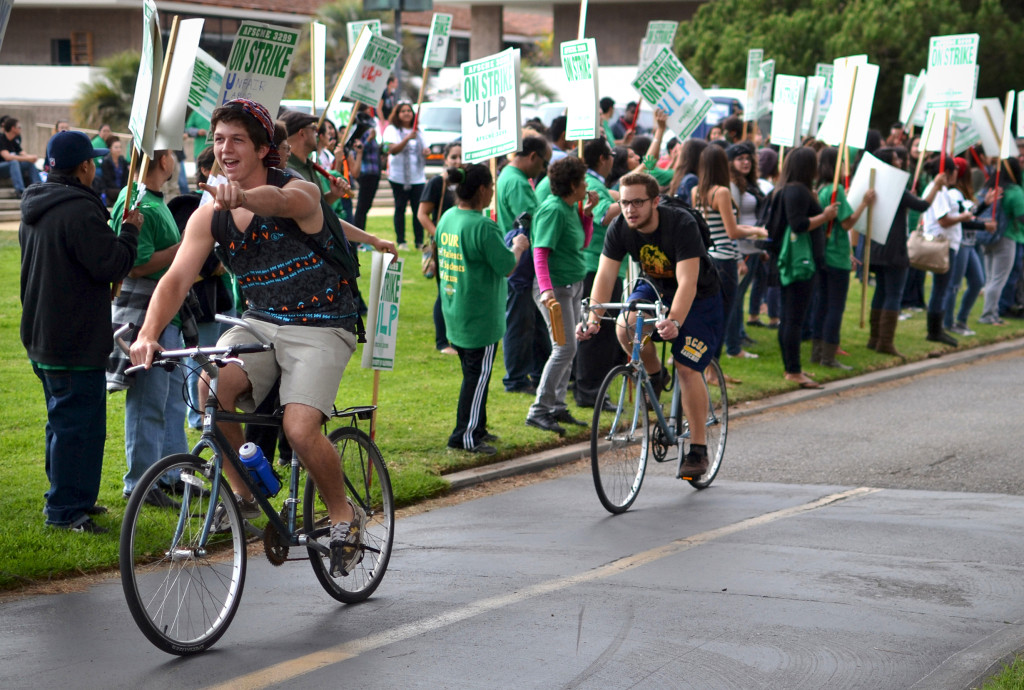 Two bicyclists–one of them visibly engaged by the ongoing strike–ride by protesters on the bike path by Storke Tower. Cameryn Brock/Daily Nexus 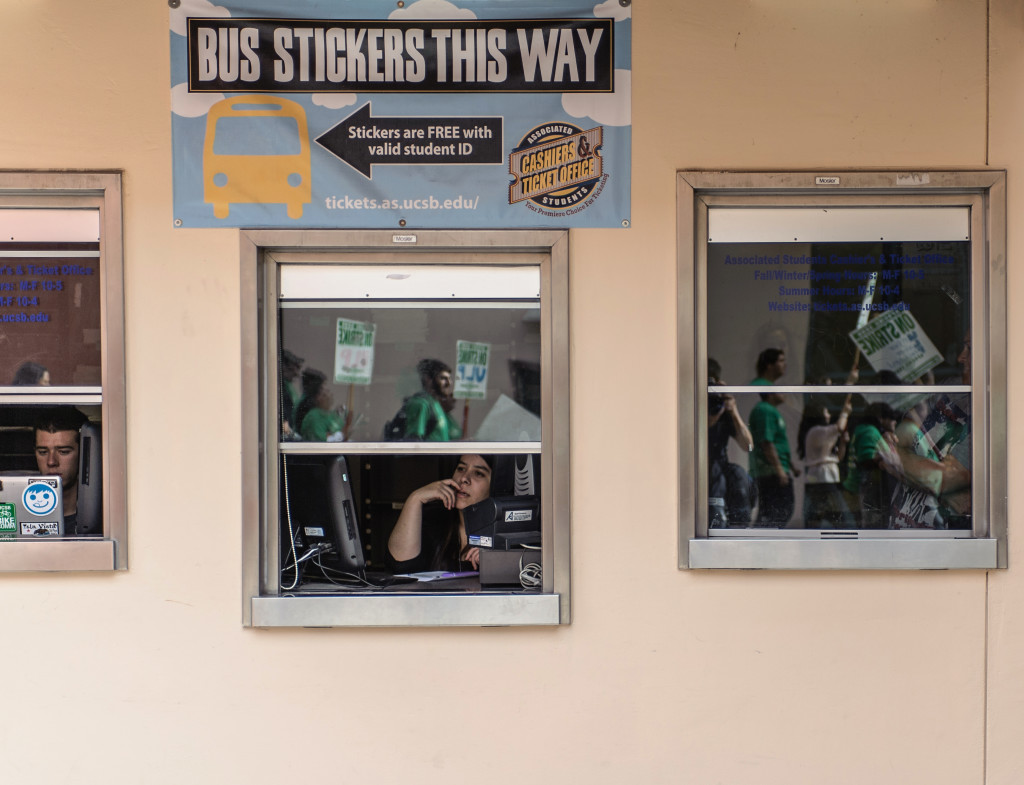 Student workers of the Associated Students ticket office observe protesters–seen in the reflections of the windows–marching by Corwin Pavilion during the UC-wide AFSCME 3299 union strike on November 20, 2013. Eric Swenson/Daily Nexus 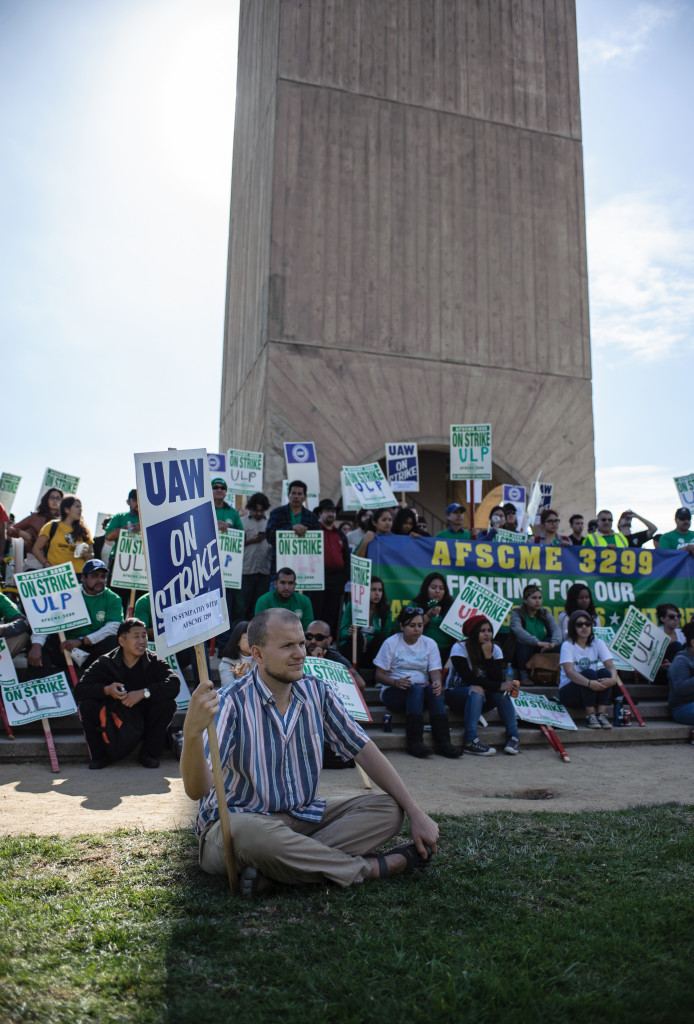 A member of the UC Student Workers Union UAW 2865 protests alongside AFSCME 3299 protesters in front of Storke Tower during the midday. Eric Swenson/Daily Nexus 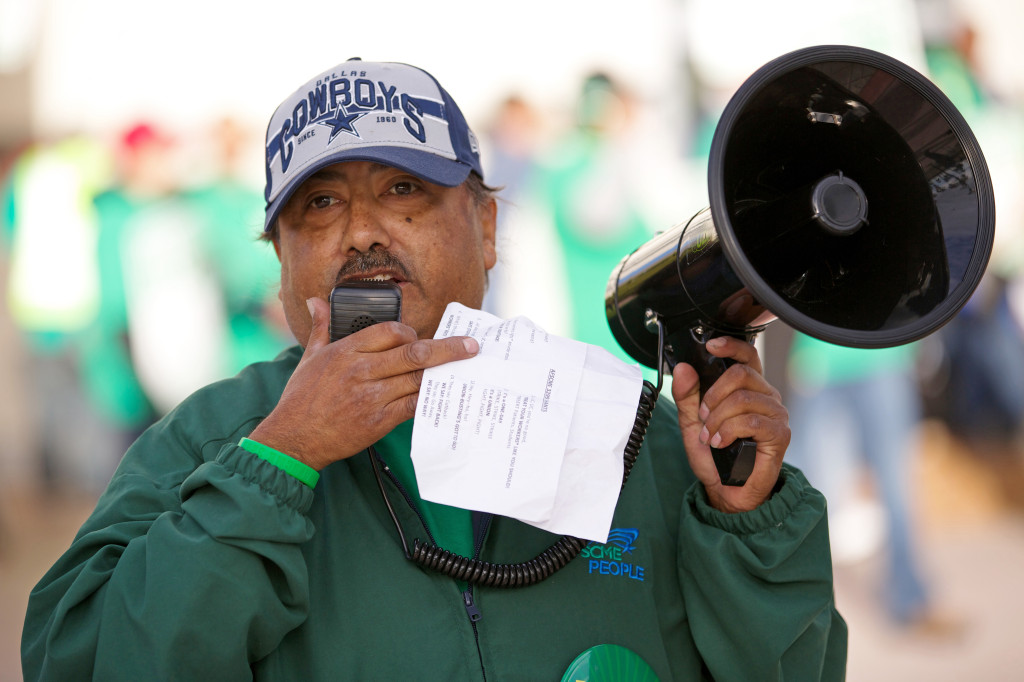 A union member of the AFSCME 3299 rallies the crowd with a loudspeaker in front of Elings Hall during the November 20 UC-wide protests against the UC Administration. Peter Vandenbelt/Daily Nexus 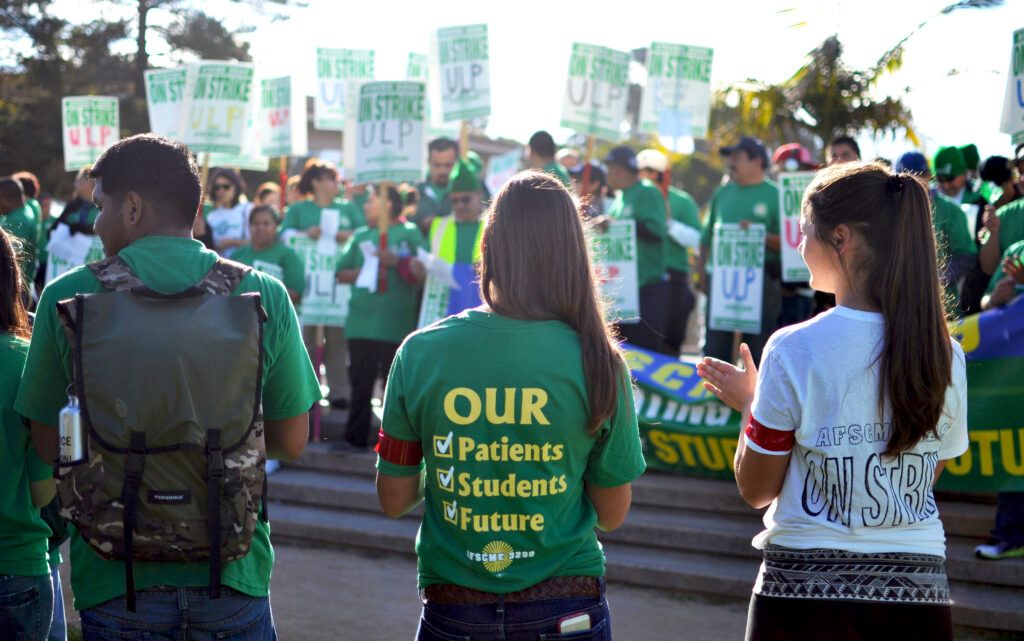 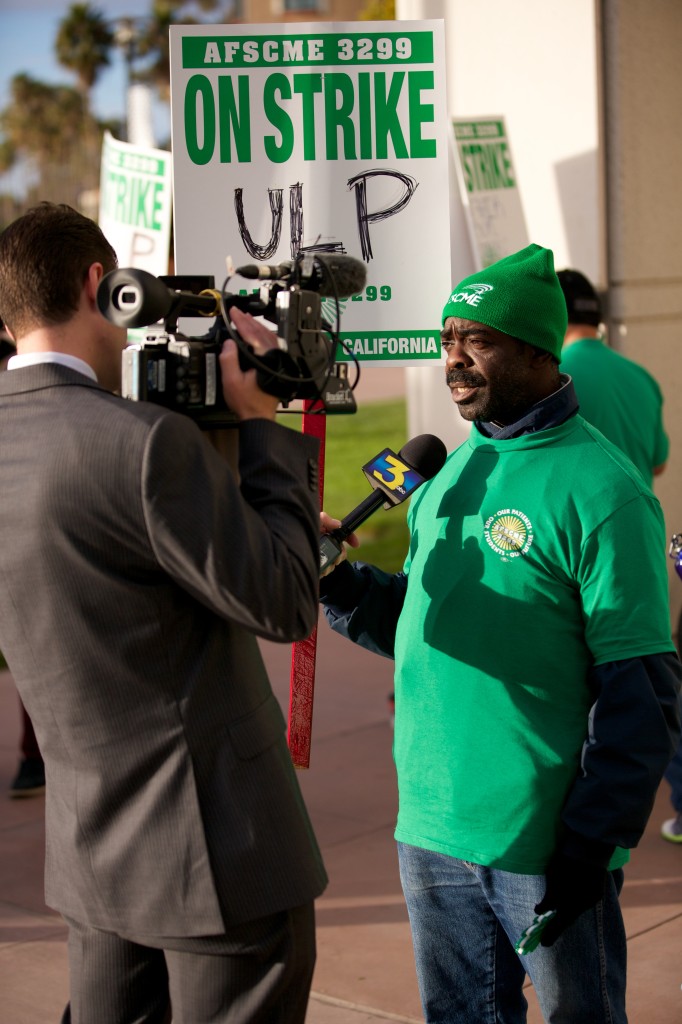 A striking AFSCME 3299 union member gives an interview for the television crew of KEYT of Santa Barbara in front of Elings Hall during the November 20 UC-wide protests. Peter Vandenbelt/Daily Nexus 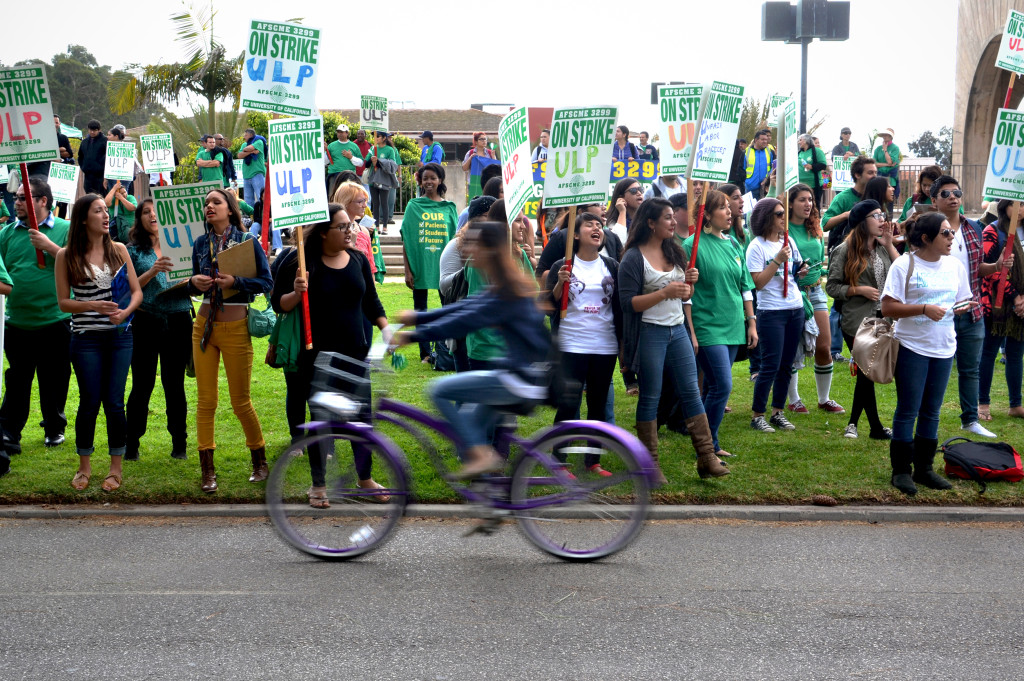