The Daily Nexus
News
What’s Going on in the UC Office of the President
November 18, 2013 at 5:00 am by Staff Report 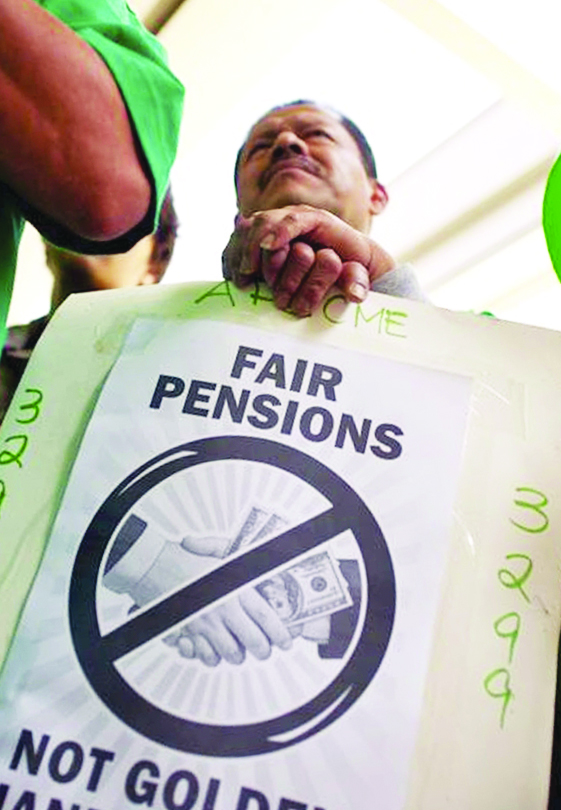 A member of AFSCME 3299 pickets for fair wages at a UC Regents meeting in May. The University of California reached a tentative agreement with CNA that includes pay increases.

The UC recently reached a “tentative agreement” with the California Nurses Association, or CNA, that includes a four-year labor contract requiring that nurses do not go on strike and contribute more to their retirement pension plans, in exchange for more benefits and higher pay.

The new agreement offers wage increases — including four percent salary increases for each of the next four years — as well as vacation and sick time protection and more secure retiree health benefits. As part of the new negotiations, employees are expected to contribute more to their pensions, putting forth eight percent into pension plans beginning January 2014 and nine percent beginning July 2014. Currently, there are roughly 12,000 nurses registered within the UC system, and the recent agreement comes after eight months of negotiation between the UC system and CNA.

The American Federation of State, County, and Municipal Employees 3299, or AFSCME 3299 — a union of UC workers that includes CNA members — stated they were content with the recent compromises but also maintained that the UC neglected to budge on other important negotiations, according to a press release.

Private donations to the statewide UC system have reached an all-time high, as it received an unprecedented $1.64 billion in such philanthropic support, according to University officials.

Contributions surpassed $1.5 billion for each of the past three years and the number of individual donors has risen to approximately $300,000, according to a statement released by the UC Office of the President. Philanthropic support to UC campuses helps to further research endeavors, increase funding for student financial aid and both attract and maintain some of the most renowned professors worldwide, the statement said.

In the statement, UC President Janet Napolitano said donations to the UC will continue aiding the University in its mission to be one of the best institutions of higher education internationally. However, donations remain limited in their impact as a result of the restricted nature of the funds. Many philanthropic contributions are made for a specific department or put toward a specific goal, so there are limitations on how received money can be used. Thus, according to Senior Vice President for External Relations Daniel Dooley, private donations will never fully replace state support, which gives general funding to the University.

A version of this article appeared on page 4 of November 18, 2013’s print edition of the Daily Nexus.