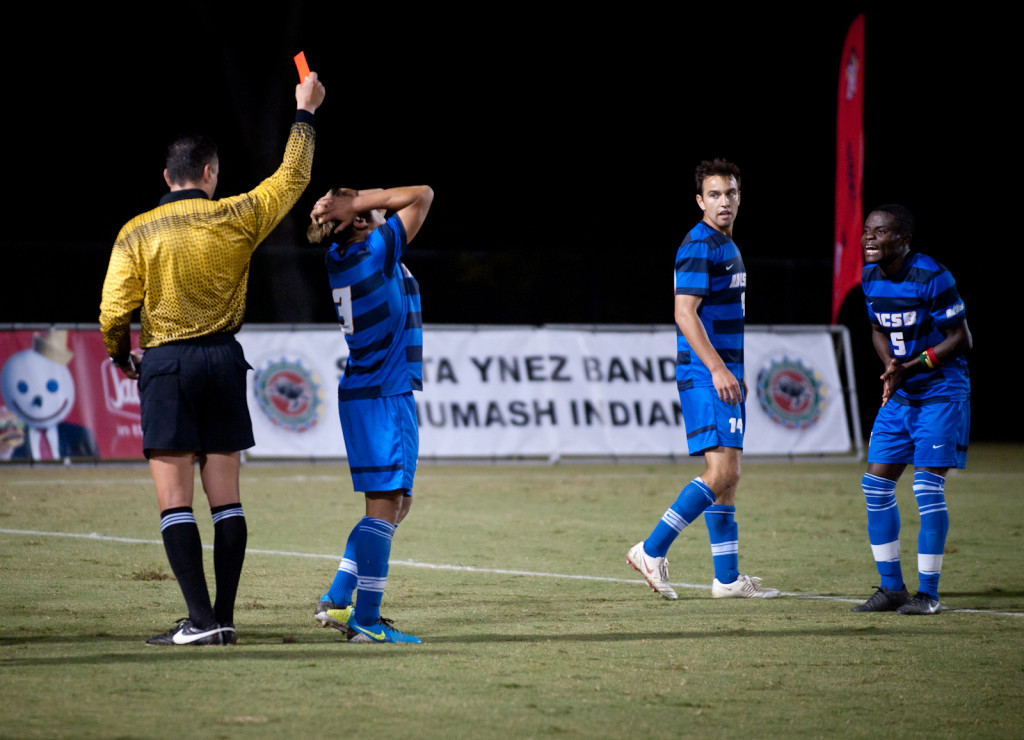 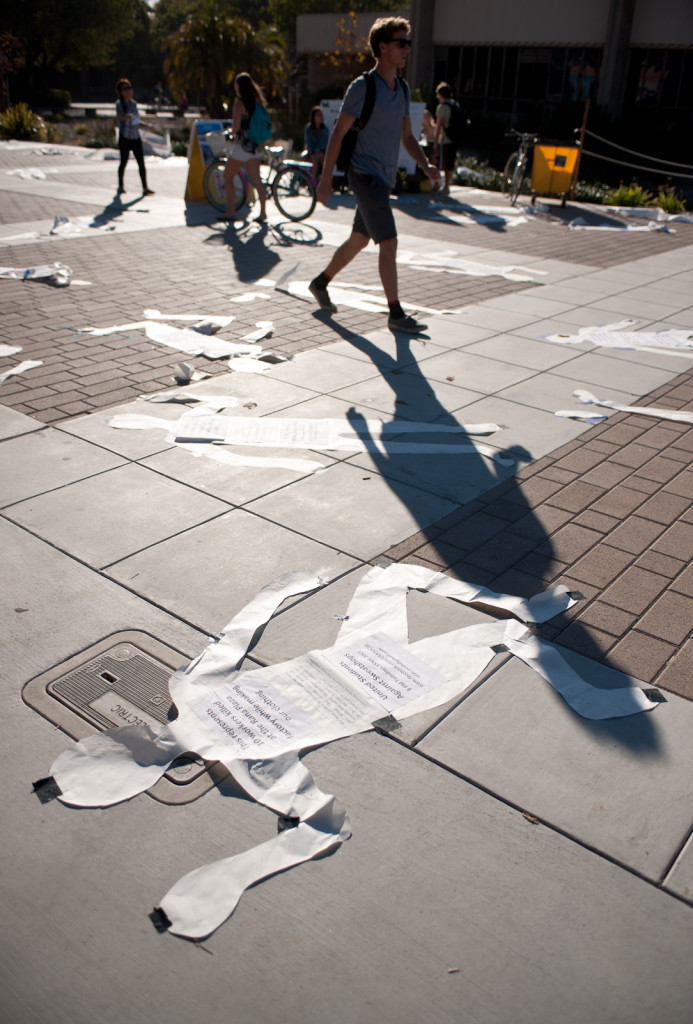 The United Students Against Sweatshops (USAS) organization of UCSB protested poor working conditions and worker deaths (“The Tragedies of Our Apparel) in the Arbor during UCSB’s Human Rights week.
Kenneth Song/Daily Nexus 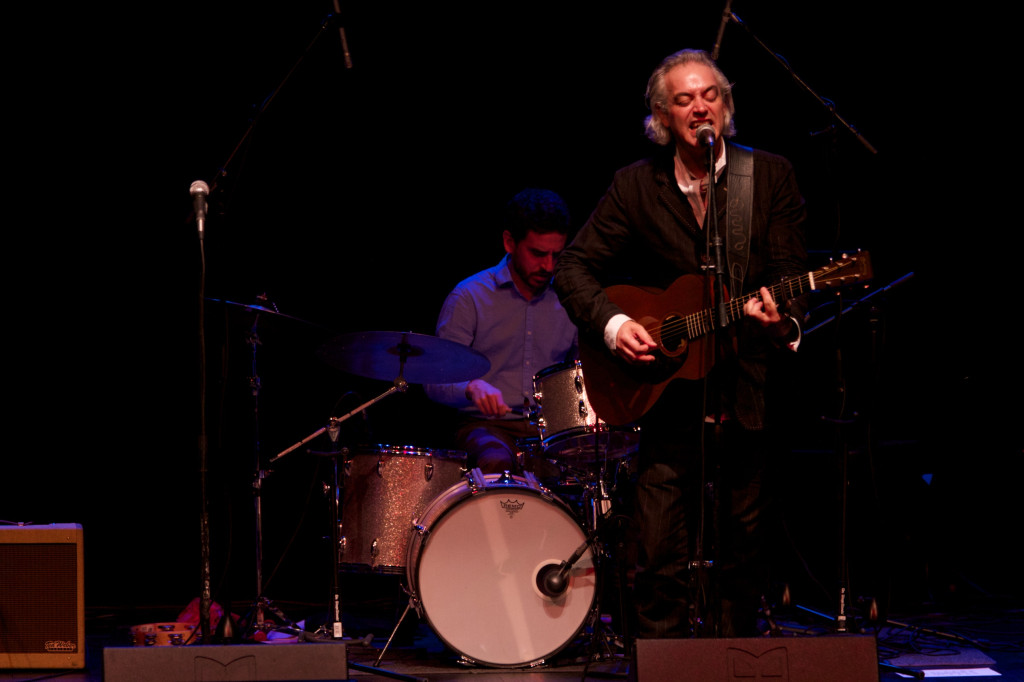 The Cabinet of Wonders, which was hosted by Wesley Stace, performs in Campbell Hall on Wednesday. The show featured Eugene Mirman and a variety of musicians, writers, comedians and raconteurs.
Peter Vandenbelt/Daily Nexus 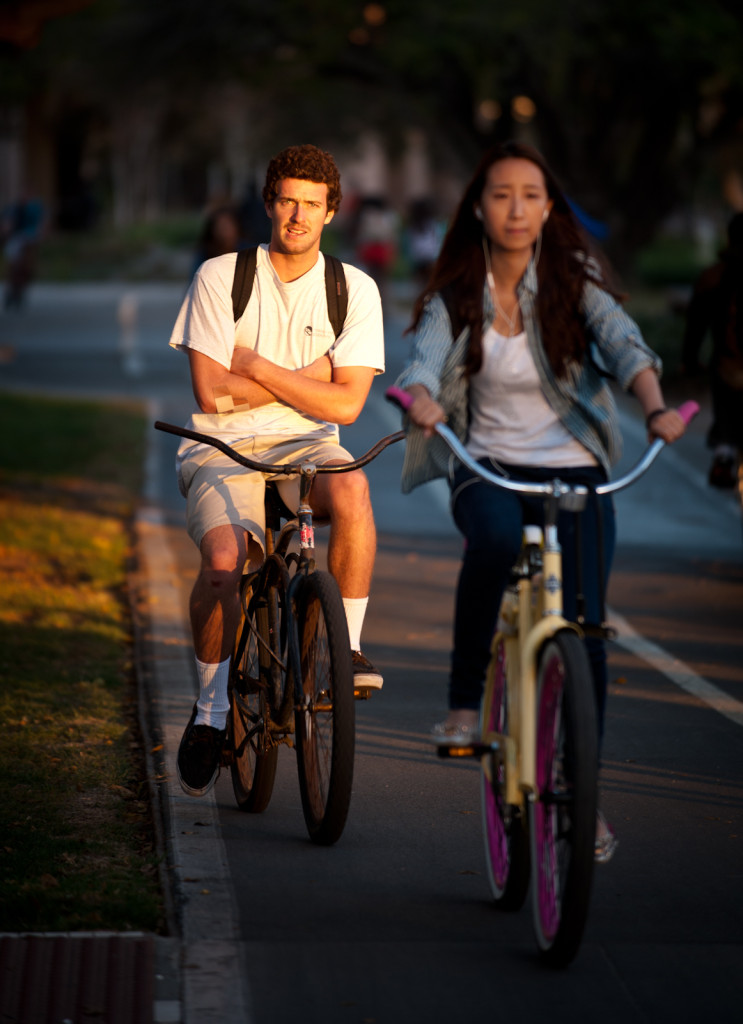 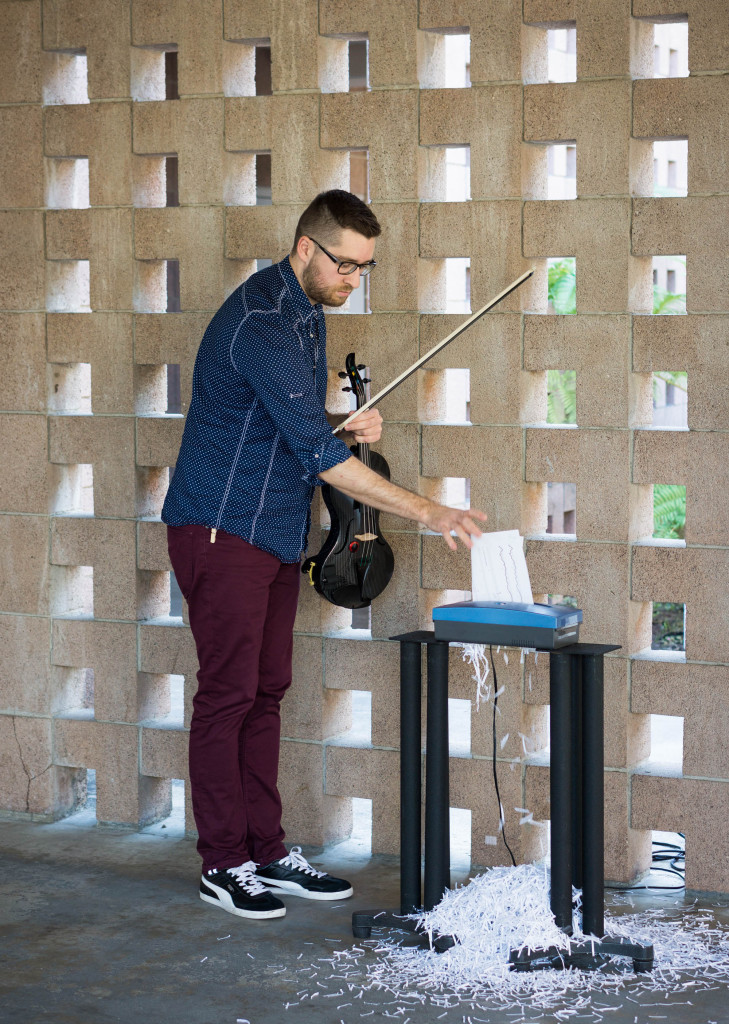 A violinist shreds sheet music after a single play in accordance to the rules of an exhibit titled “Perishable Music” in front of Lotte Lehman Concert Hall.
John Clow/Daily Nexus 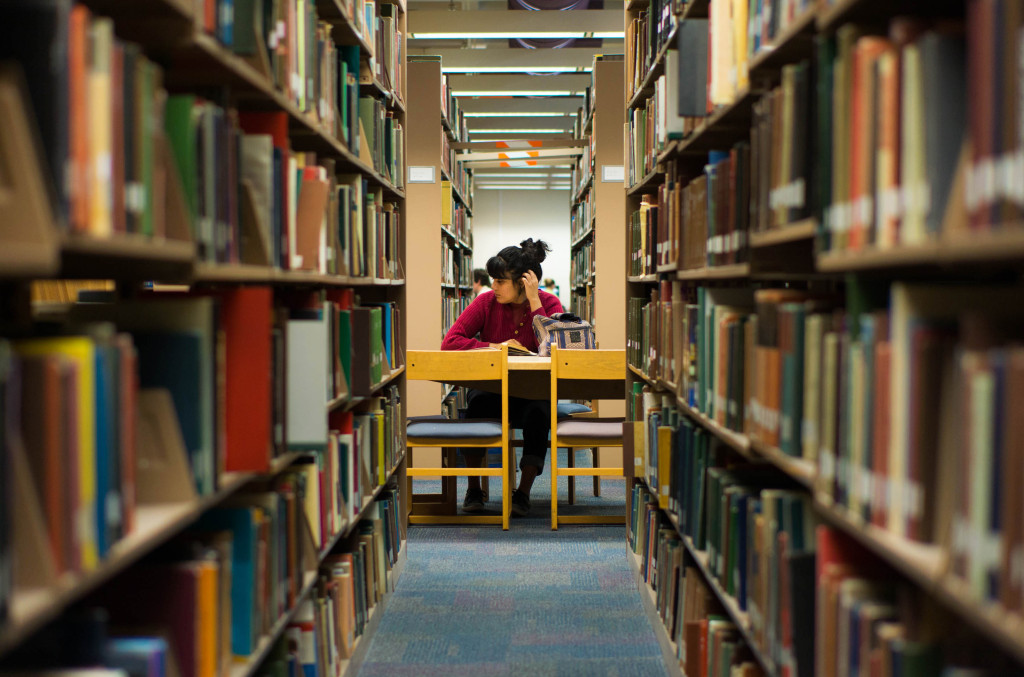 A student takes a brief break from studying inside the Davidson Library.
John Clow/Daily Nexus 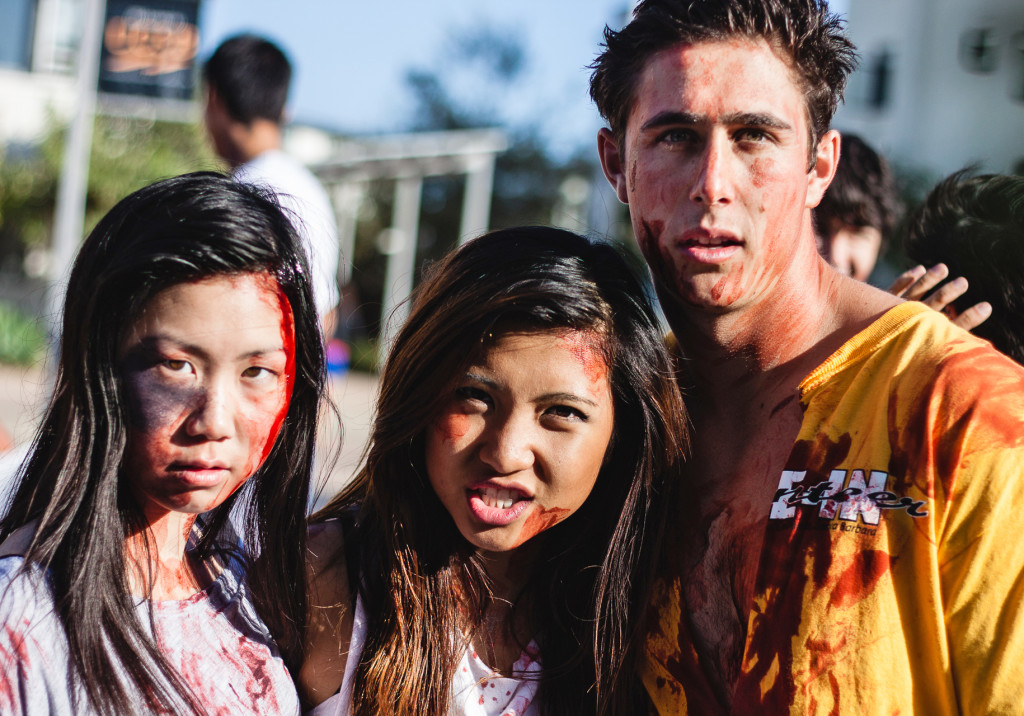 Three “zombies” pose for the camera during UCSB’s first Zombie Survival 5K run on Saturday. In the 5K run, “survivors” attempt to finish the course while avoiding infection from designated “zombies” that lurked anywhere in the run. The event was hosted by the RHA.
Benjamin Pu/Daily Nexus 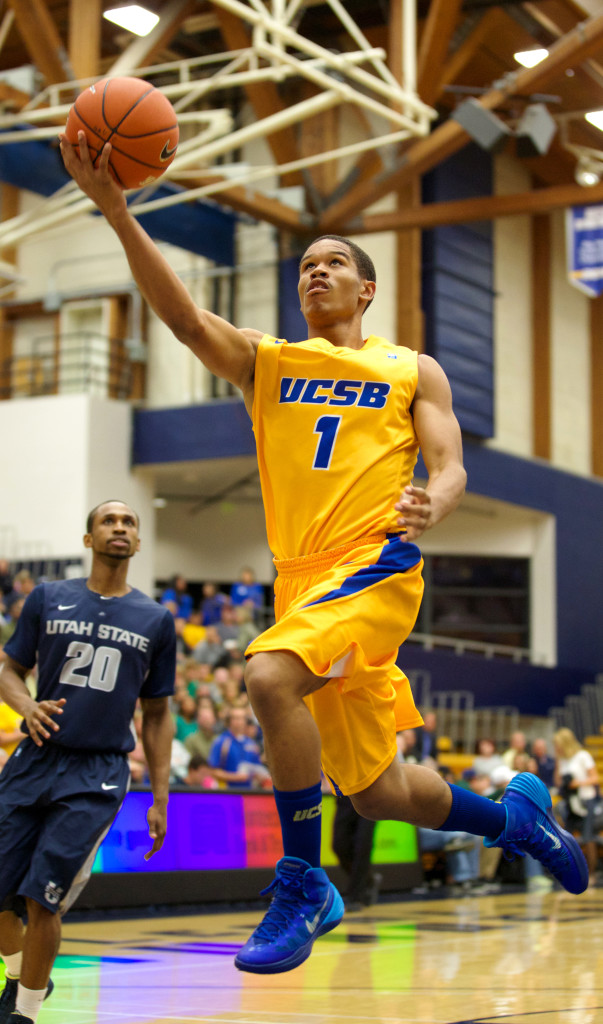 Freshman point guard Eric Childress goes for a layup during the UCSB-Utah State basketball game in the Thunderdome. Childress came off the bench to score seven points, five assists, four rebounds and two steals for the Gauchos.
Peter Vandenbelt/Daily Nexus