The Daily Nexus
News
Workshop Held in MCC Discusses Drones in Middle East, Philippines
November 13, 2013 at 5:00 am by Carissa Quiambao

The Muslim Student Association and Kapatirang Pilipino hosted an interactive educational workshop called “From Mindanao to the Middle East: Life Under Drones” yesterday at the Community Affairs Board Office in the MultiCultural Center, laying out the timeline of historical Western imperialism into Southeast Asia and the Middle East, as a part of Human Rights Week.

Led by fourth-year sociology major and Kapatirang Pilipino political chair Megan Foronda, along with fourth-year Middle Eastern studies major and Muslim Student Association representative Hani Tajsar, the workshop invited students to discuss questions about “The War on Terror” and then to fill out a historical timeline of the Philippines and of the Middle East from the 1500s to present-day.

In brightly colored Sharpie, students scrawled historical dates onto paper, detailing events from the Spanish colonization of the Philippines in the 16th century to the Philippine-American War in the 20th century and beyond.

Foronda and Tasjar used the timeline to open discussion about the impact historical events like Spanish colonization had on the Philippines’ current difficulty “to maintain a stable economy” and their current “status as a third world,” Foronda said.

“There’s a lot of outsourcing of people to different nations like the U.S. and Saudi Arabia in order for Filipinos to find jobs and access the resources and money that the Philippines is unable to provide for them,” Foronda said.

In addition, the “Life Under Drones” hosts called on attendees to write down instances of Western imperialism in the Middle East, detailing events like the U.S. invasion of Afghanistan in 2001 and the beginning of drone strikes in 2004 in Pakistan. Drone strikes have been a particularly hot topic in recent years, acting as the weapon of choice in “The War on Terror,” according to Tasjar.

“A place that got hit really hard is Pakistan. Current numbers say that 3,500 folks have been killed by drone strikes since 2004,” Tasjar said. “Two percent of which are high-profile military folks and 98 percent of them are citizens of Pakistan.”

After discussion regarding the impact of “The War on Terror” in the Philippines and the Middle East, Tasjar asked attendees how the historical backgrounds of certain developing countries relate to students at UCSB. Third-year sociology and Asian-American studies major Beatrice Contreras said students should exercise their ability to make socially responsible investments and decisions, in light of human rights violations caused by government-led attacks such as drone strikes.

“If we know our money is going toward something that fosters inequality or fosters oppression things like that, then we shouldn’t be compliant with that,” Contreras said. “We should acknowledge our role in that and work to change that, as UCSB students.”

According to third-year English and geography double major Ansel Lundberg, students should be aware of what companies fund positive projects and which fund products that support violating human rights abroad.

“A lot of foreign aid to different governments is basically funding for jobs for Americans that contribute to things that produce things that commit human rights violations,” he said.

Tasjar said Human Rights Week, as a whole, aims to find the “intersections of struggle” between students from different ethnic backgrounds in order to mobilize a concerted movement against “systems of oppression.”

According to Foronda, issues abroad are also relevant to domestic issues since events like the tragedy of Sept. 11 “define our generation.” Thus, she encourages students to challenge decisions made by the American government and contemplate our country’s involvement in modern-day wars.

“Enact change and see how you can improve the conditions in which you live in,” Foronda said. “We can see some of the suffering of the Third World in the First World … and the suffering here, as well as there, are interconnected.” 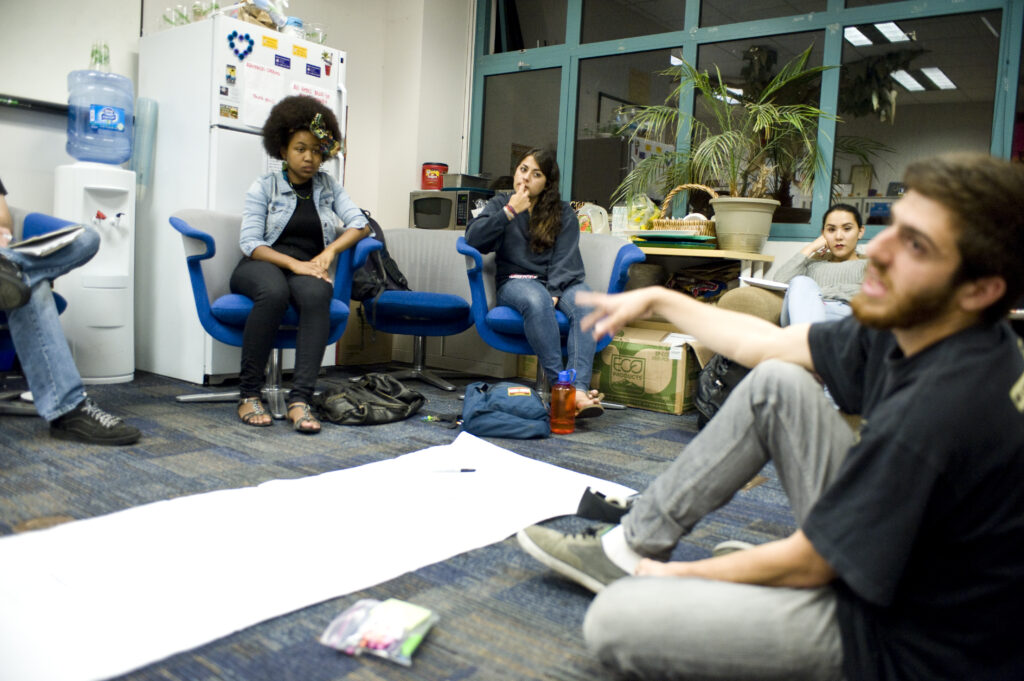 A version of this article appeared on page 1 of November 13, 2013’s print edition of the Daily Nexus.