Six talented students from UCSB’s Department of Theater and Dance share their directing chops with the public.

Last year, the UCSB Department of Theater and Dance made an unusual decision. Normally, the department selects four of the top student directors from its “Introduction to Directing” classes to continue on with the directing concentration of the Theater major; but last year’s class contained, not four, but six standout students — all young women — and the faculty determined that the group was too talented and cohesive to separate. Last weekend, at the 2013 Fall Undergraduate One-Acts Festival, the group showed us why.

The first show on the playbill was Thomas C. Dunn’s “The Thread Men,” directed by senior Rose Fliegel, a play about a psychiatrist and a maniac who are trapped together in a malfunctioning elevator. Featuring a powerfully manic performance from acting BFA student Zachary Humphreys, the play challenges human apathy, hypocrisy and preemptive judgment from within the claustrophobic confines of a small pool of light.

Up next was “The Wreck on the 5:25” by Thornton Wilder, a period play about a mother and daughter who wait anxiously for their eccentric (and possibly suicidal) patriarch to come home. Director Tanushree Verma extracted excellent performances from her actors, particularly Lea Culver, whose protective Mrs. Hawkins struggles with her husband’s existentialism in the withering face of the American dream (one of Wilder’s favorite dramatic themes).

The first bill concluded with Jennifer Camp’s “The Theodore Roosevelt Rotunda,” a series of internal monologues by a couple who fall in love through the channels of their own self-conscious neuroses while sitting mere feet from each other in the lobby of a museum. Julian Remulla and Morgan Altenhoff captured the crippling awkwardness that love at first sight entails, augmented by spectacular lighting and direction from Alicia Patterson.

After a brief intermission, the festival continued with F.J. Hartland’s “Auto-Erotic Misadventure,” which depicts a love triangle between a homely young woman, a gay maitre’d and a dashing gigolo. Director Erin Davison made the best of her material’s awkward scene transitions and pulled the standout performance of the festival from Ian Davis as the seductive but scarred prostitute, Brandon.

The following play, which came with a trigger warning in the program, was Harold Pinter’s “One for the Road,” an essay on the civilian abuses of totalitarian government. Pinter’s material is disturbingly dark and extremely difficult to handle, especially for a greenhorn director. But director Christine Brandt’s interpretation maintained the tension and power of the book, diminished only by Madelyn Robinson’s egregious British accent as the fearsome Nicolas.

The last piece of the festival was Christopher Durang’s “For Whom the Southern Belle Tolls,” directed by Ashley Katzakian. A parody of Tennessee Williams’ “The Glass Menagerie,” Durang’s play throws an effete Southern boy and a butch working girl onto a couch together, resulting in the funniest use for cocktail stirrers I’ve ever seen. Katzakian’s timing shines throughout the performance, especially through Roberto Tolentino’s Lawrence Wingvalley, whose fastidiousness and low self-esteem are reminiscent of Ignatius Riley in John Kennedy Toole’s “A Confederacy of Dunces.”

Though the festival lasted approximately four hours, the combined efforts of this talented group kept me thirsting for more. Check out their next turns under the proscenium in spring quarter. It’ll be your last chance to really see what these extremely gifted women are made of. 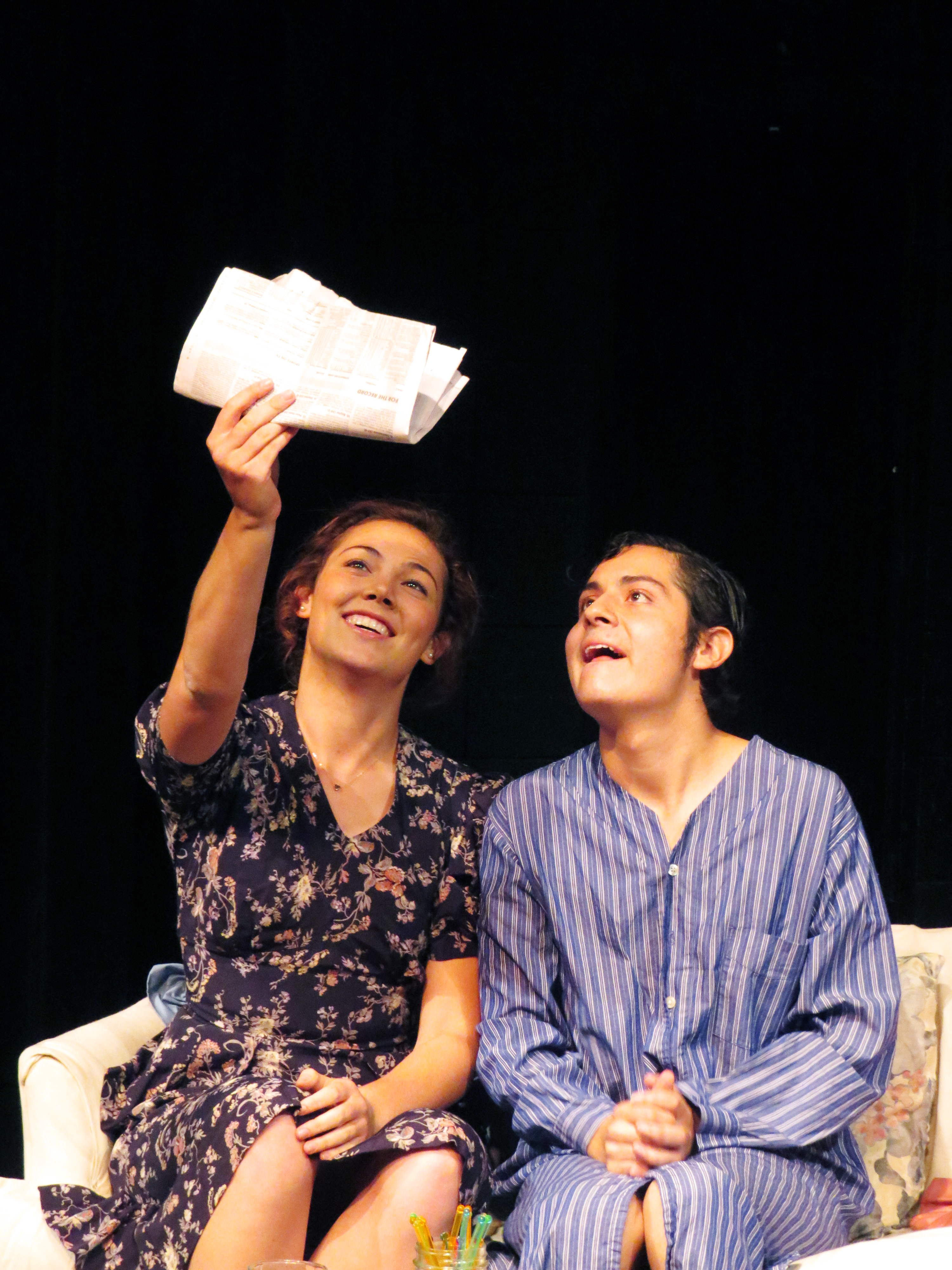 From left: Irene Whitaker and Roberto Tolentino star in “For Whom the Southern Belle Tolls,” a parody of Tennessee Williams’ “The Glass Menagerie,” written by Christopher Durang and directed by senior Ashley Katzakian. 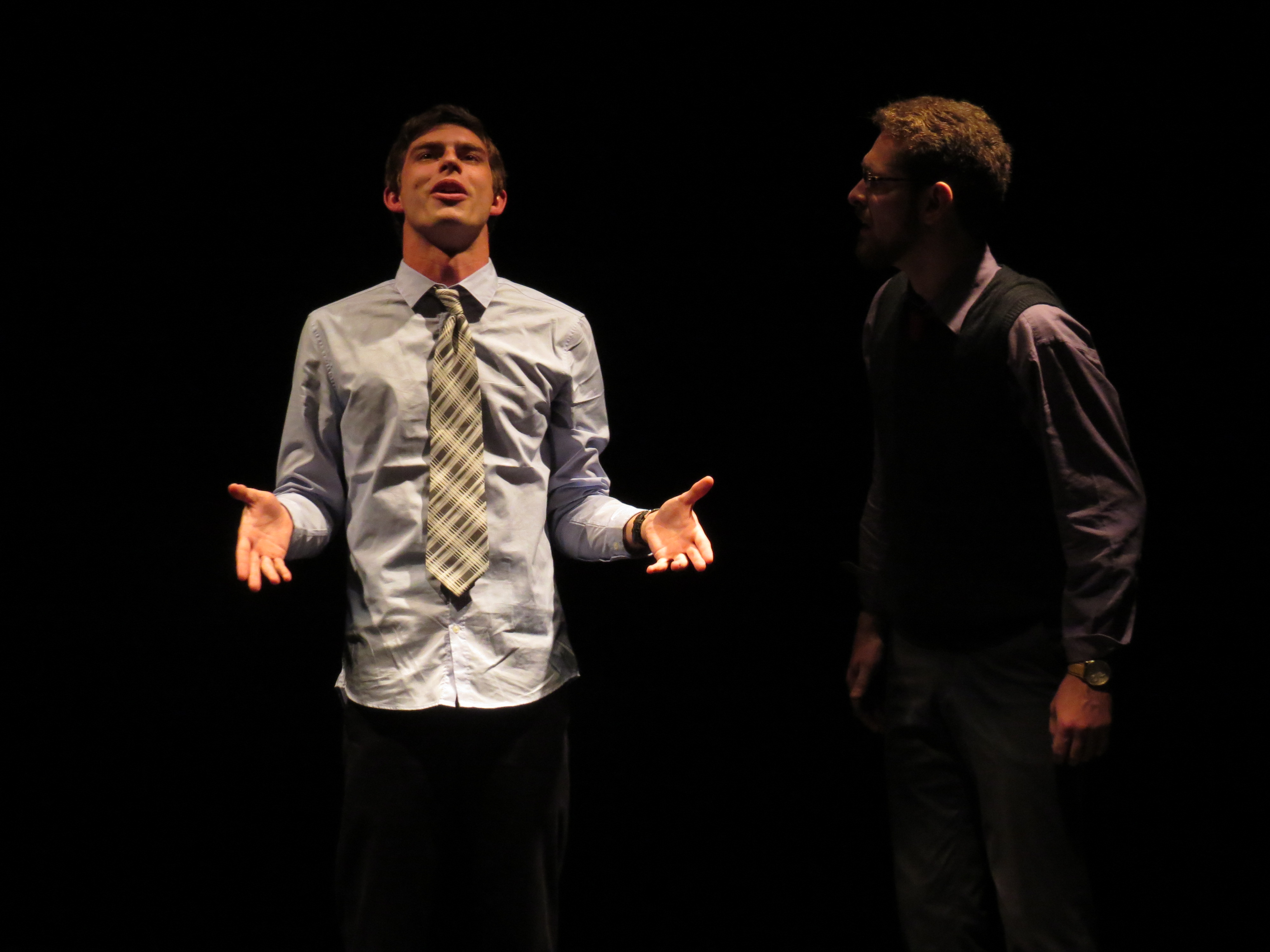 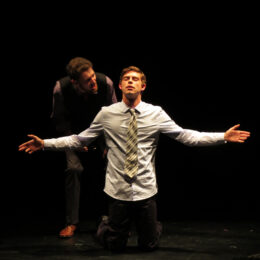 From left: Zachary Humphreys and Patrick Arter perform in a powerful scene from Thomas C. Dunn’s “The Thread Men,” as directed by Rose Fliegel, a Department of Theater & Dance senior in the directing emphasis. 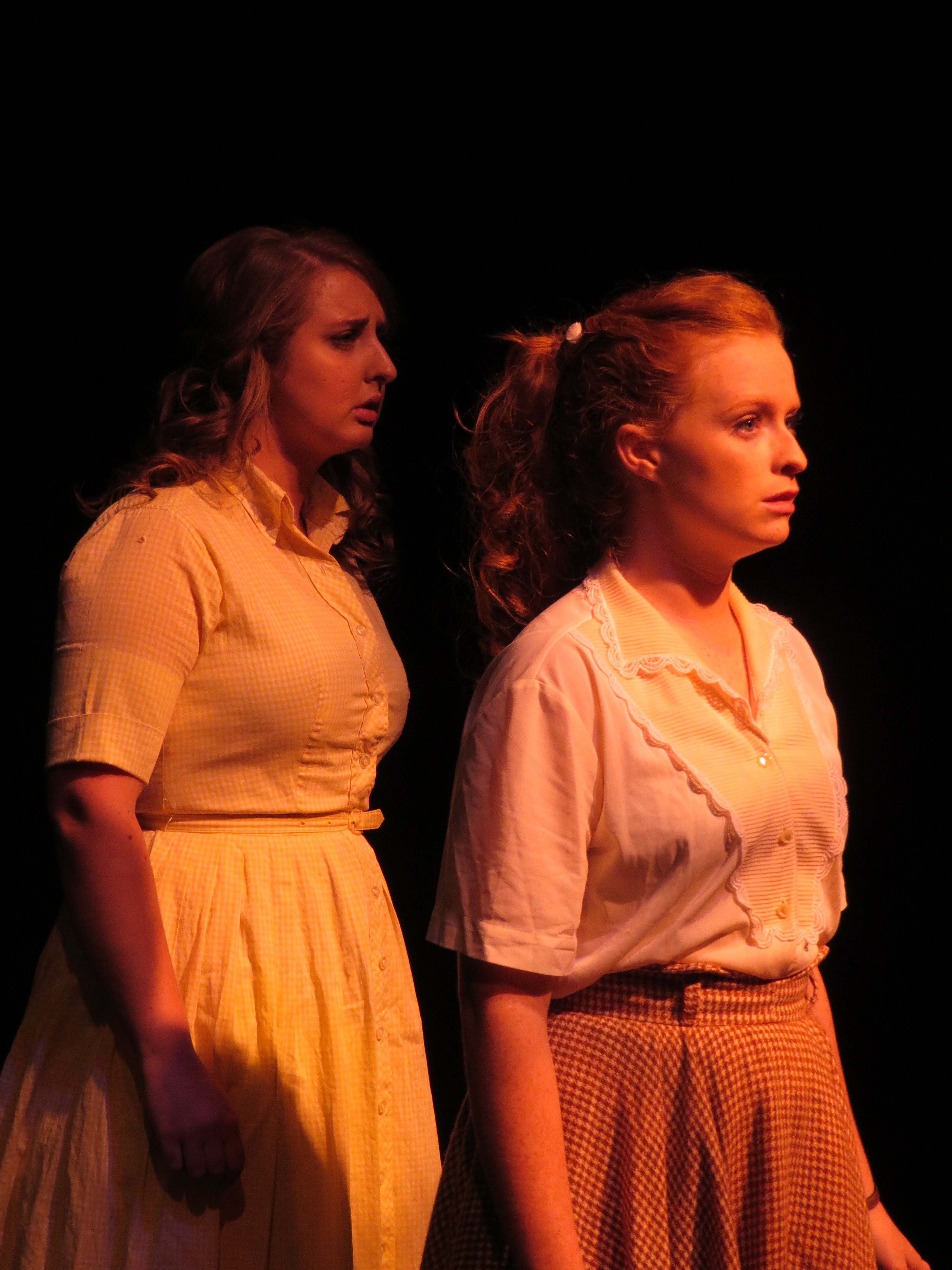 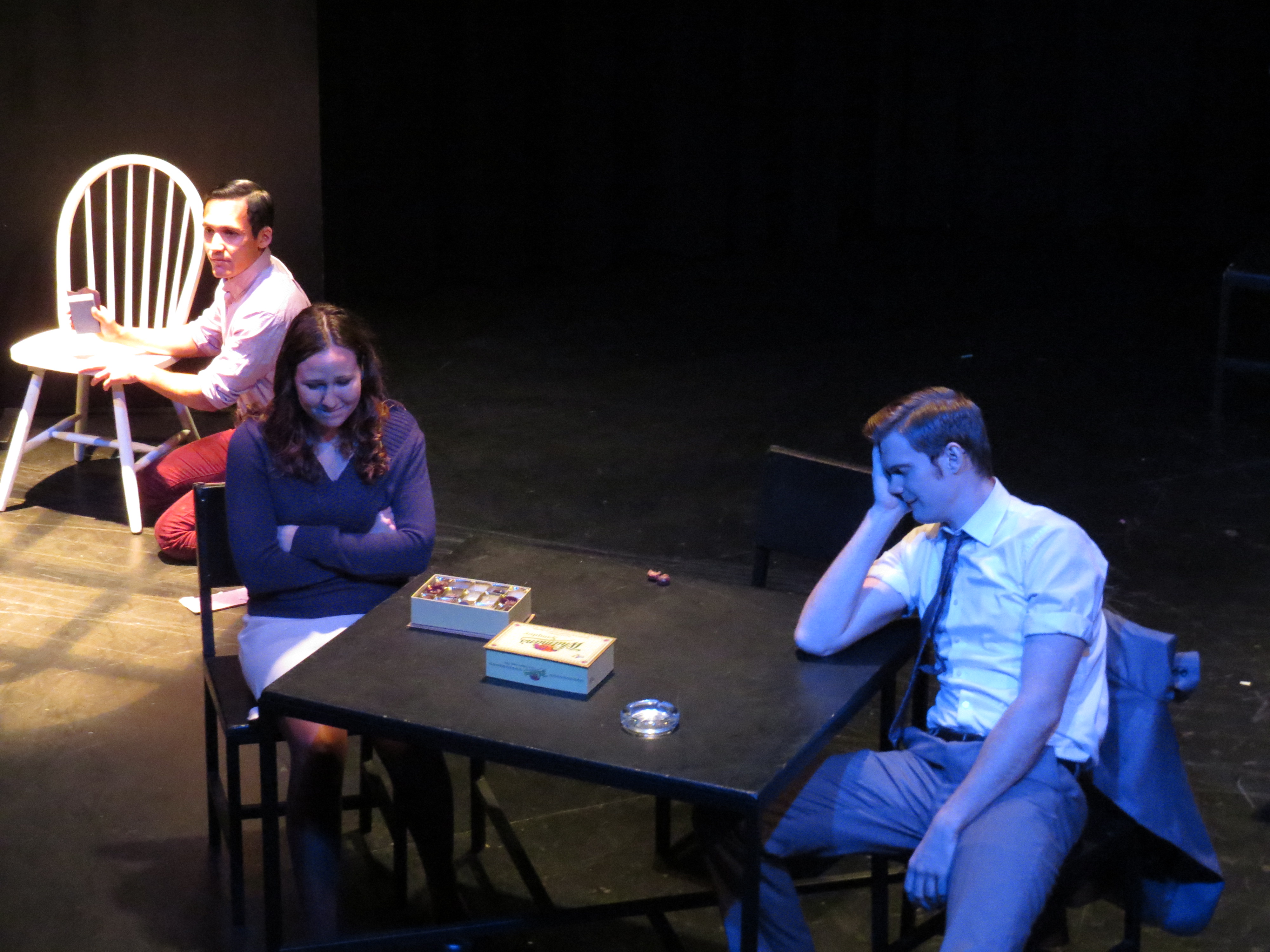 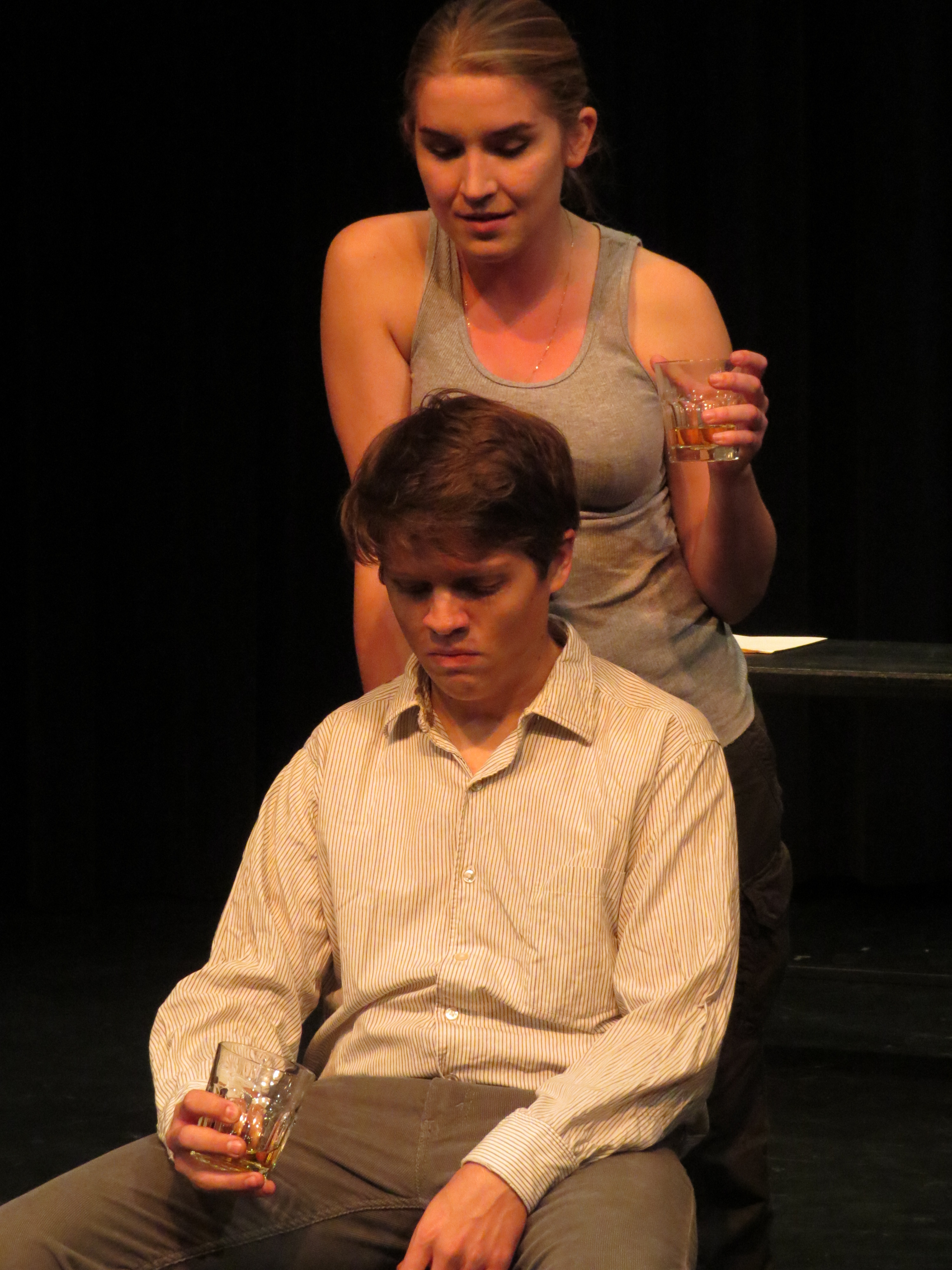 A version of this article appeared on page 8 of the Thursday, November 7, 2013 print edition of the Daily Nexus.