The Daily Nexus
News
Flash Mob To Encourage Solidarity
October 30, 2013 at 5:00 am by Carissa Quiambao 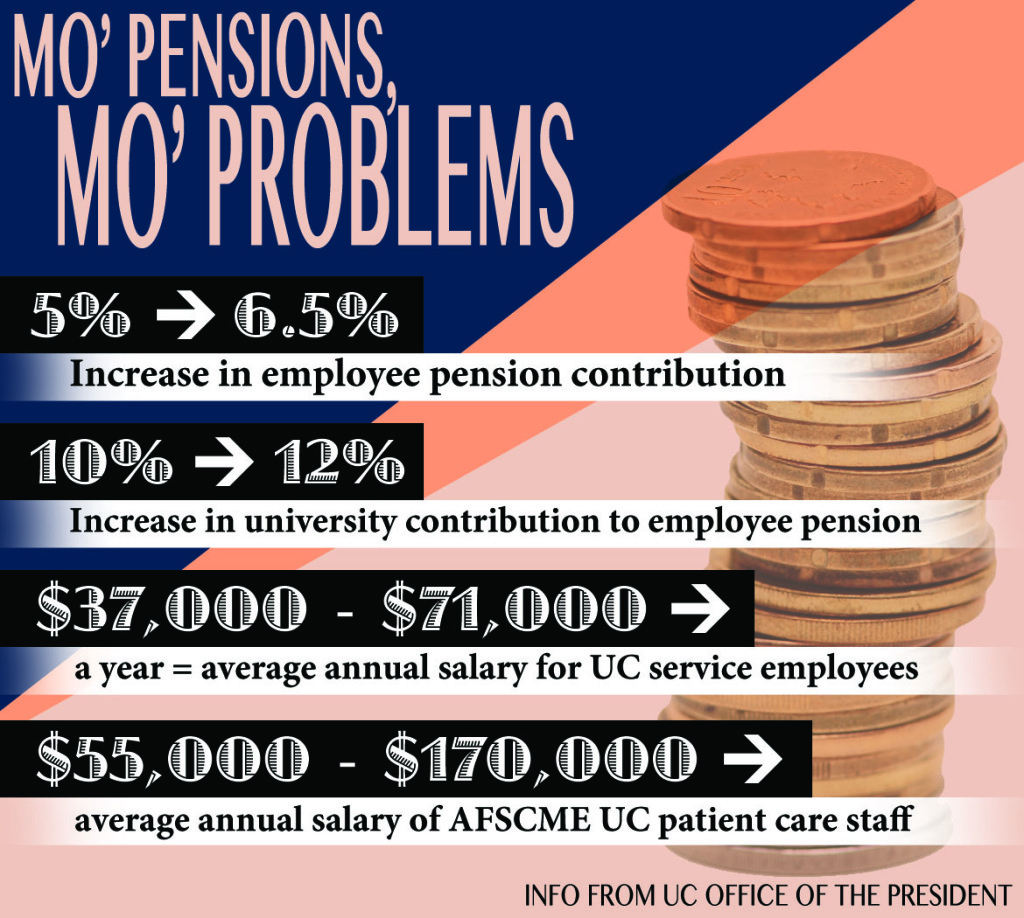 The Student-Worker Coalition for UC Statewide Action will organize a flash mob this Friday, in support of the UC employee union-led demand for better worker compensation for UC service and patient care technicians.

The flash mob, which will occur near San Miguel Hall at 6:30 p.m., aims to express student support for UC patient care technical employees and their demands for a labor contract that defers pension reform and asks for better worker compensation. The demands stem primarily from the UC employee union, American Federation of State, County and Municipal Employees 3299, or AFSCME 3299.

Since October 2012, AFSCME has been protesting the UC with demands ranging from deference to pension reform to “unsafe staffing levels, specifically in UC hospitals,” according to the union’s spokesperson Todd Stenhouse. This past May, union employees held a strike at UC Medical Centers at several UC campuses — including Davis, San Francisco, Irvine, Los Angeles and San Diego — causing the University to file a temporary restraining order against the union because its strike was actually “hurting patients,” according to Dianne Klein, spokesperson for the UC Office of the President.

“The workers — they’re the people that we see everyday,” Partida said. “And they’re not asking for too much; they’re asking for things that can be gained. It’s about a living a livable life, so it’s very important that students go and support in solidarity.”

According to Stenhouse, UC employees deserve to have their needs met, so employees in AFSCME 3299 will refuse to reach negotiations with the UC unless their demands are met.

“Our aim is to build the crown jewel university in the world,” Stenhouse said. “Condemning workers to poverty, condemning patients to dangerously understaffed hospitals, condemning students to campuses that are not as adequately staffed as they should be — obviously that’s counter to that vision.”

However, Klein said pension reform was implemented to allow all UC employees to have “a pension to retire to,” as the previous model was not sustainable in the long-run. She said the University expects AFSCME members to provide the same amount of contributions to pension funds as all other employees.

“AFSCME has said they don’t want to increase their contributions, they wanted to stay at five percent and what we say is that that’s not fair,” Klein said. “All of our employees get the same pension, and so our employees should contribute at the same rate.”

The previous model was “a big unfunded liability,” according to Klein, who said the new plan — which asks for 6.5 percent from employees and 12 percent from the University — is a more reasonable alternative to the previous plan that only asked employees for five percent. She said the UC system hopes to avoid further conflict with AFSCME, such as another strike, by negotiating with union officials.

“We want to avoid a strike,” Klein said. “It especially hurts our patients, and we’re hopeful that we can avoid a strike, if AFSCME comes to the bargaining table in good faith.”

But according to Stenhouse, the UC’s negotiation efforts have not accounted for “administrative abuses” imposed upon union workers, such as instances in which workers “were intimidated, harassed,” or “even had their jobs threatened at their worksites.”

“These workers, who stood up for safety, with four million patients served by the UC system every year, then faced illegal threats and intimidation at work for it,” Stenhouse said.

This kind of behavior has prompted AFSCME’s protests, with union employees continuing to push forth heavy demands until they are addressed and fulfilled by UC administration, Stenhouse said. He said the union is hopeful that other California residents will show support for the current grievances of UC employees.

“We believe that our vision is a vision that the majority of Californians share, as evidenced by their overwhelming support for Prop 30 last November,” Stenhouse said. “We are prepared to stand shoulder to shoulder with the taxpayers and the parents, the students, the patients and the faculty, and even administrators of good will, who want to build the kind of UC that California deserves.”

According to Klein, the success of Proposition 30 serves as a prime example of how cooperation amongst workers, students, administrators and other university members is necessary to improve the overall condition of the UC.

“AFSCME workers are among our most indispensable,” Klein said. “All of us are a part of the university and what we’re hopeful is that we can all work together, like we did with passage of Proposition 30.”

According to Partida, the Student-Worker Coalition hopes to educate students on issues facing the UC, such as pension reform, to encourage better treatment of all UC service employees and to stand in solidarity with these workers.

“If the workers end up going on the picket line, we sort of plan to stand with them,” she said.

A version of this article appeared on page 1 of October 30th’s print edition of the Daily Nexus.