The Daily Nexus
News
Contemporary Soul Music Takes the Stage at the Hub
October 17, 2013 at 5:00 am by Jackson Kerr

Designed to stage smaller contemporary, soulful acts as opposed to larger concerts such as the Borgore performance during UCSB’s Welcome Back Concert, Soulektion will feature a number of headlining artists throughout the year in the Hub for UCSB students only. Today’s first show is free of charge and requires an access card for admission.

The Internet was formed in late 2011 by members of Odd Future Wolf Gang Kill Them All, also known as Odd Future, an American hip-hop collective from Los Angeles. The band currently consists of the funk duo — illustrator and producer Matt Martians and vocalist, DJ and producer Syd Tha Kid — as well as band members Tay Walker on vocals and keyboard, Midtown Pat on bass and production and Christopher Smith on percussion.

The group’s sound ranges between genres of trip-hop, hip-hop soul, electronica, funk and neo-soul. The Internet’s debut album, “Purple Naked Ladies,” was released in December of 2011, and its second album, “Feel Good,” was released just last month. The band has also performed behind Mac Miller during the rapper’s performance in London last June.

Paymon Shariat, first-year mechanical engineering major and fan of The Internet, said he sees the free show as a good opportunity to catch the ban live, especially in light of their growing popularity.

“It’s great that we get to see them early on,” Shariat said. “Odd Future, as a whole, has really blown up recently. I think the Internet is really starting to pick up steam.”

The other performer of today’s Soulektion concert, Thundercat, is also known as Stephen Bruner — a Los Angeles bassist who fuses together jazz, R&B, psychedelic, funk and electronic genres in his music. According to the A.S. Program Board site, he has worked with many artists — from the Flying, Erykah Badu and Stanley Clarke to Wiz Khalifa and Earl Sweatshirt.

Thundercat released his first album, “The Golden Age of Apocalypse,” in 2011 and his second, “Apocalypse” in July. 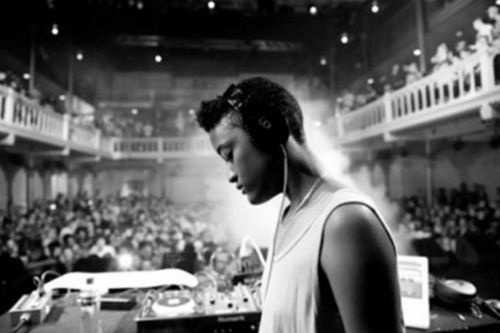 PHOTO COURTESY OF The Internet