The Daily Nexus
News
UCSB Arts & Lectures to Screen Documentary
October 7, 2013 at 1:41 am by Vicky Kohatsu

Tonight UCSB Arts & Lectures will host a screening of the documentary “56 Up” — an installment of the “Up” documentary series, which has filmed the lives of 14 British children since 1964.

The screening will take place tonight at Campbell Hall and will be followed with a discussion by world-renowned British filmmaker Michael Apted, who is the Regents’ Lecturer in the Department of Sociology for 2013. Directed by Apted, the “Up” series follows the lives of 14 British children from varying social classes through a series of documentary episodes that are filmed every seven years, with the first episode — “7 Up” — being filmed when each child was just seven years old.

For the first episodes of the “Up” series, Apted questioned the children interviewees about their thoughts, hopes and dreams for the future. All follow-up interviews were placed into separate films, with “56 Up” as the latest installment of the series.

The project was recently awarded the 2013 George Foster Peabody Award, one of the oldest honors in electronic media, but Apted said he was unaware the project would turn into a lifetime of acclaimed work.

During the pre-production portion of the series, the children featured were not chosen for their individual character but for their respective socio-economic backgrounds. Apted said those who worked on the “Up” Series hoped to uncover truths about the British class system and whether or not an individual’s social environment could really predetermine their future.

According to Victor Rios, associate professor of sociology, the series provides a compelling look at the environmental and internal factors driving personal achievement.

“Statistically, success begets success. It’s a cycle,” Rios said. “Typically, you have to be in a stable situation in order to achieve some form of success. It’s usually a result of balance of predetermination and hard work.” 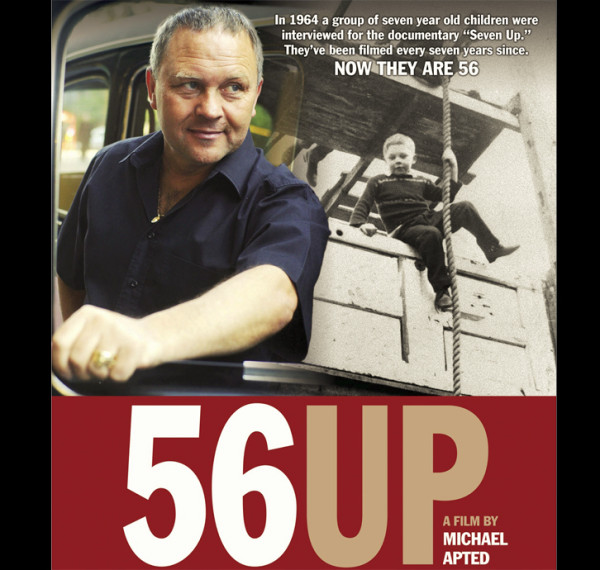 “56 Up” is a continuation of the Up Series, tracking the lives of 14 Britons of varying backgrounds.The event will be held tonight in Campbell Hall at 7 p.m.

A version of this article appeared on page 4 of October 7, 2013’s print edition of The Daily Nexus.