The Daily Nexus
Outside Opinions
The Government Shutdown : It Is Your Problem
October 3, 2013 at 5:15 am by Mckinley Krongaus 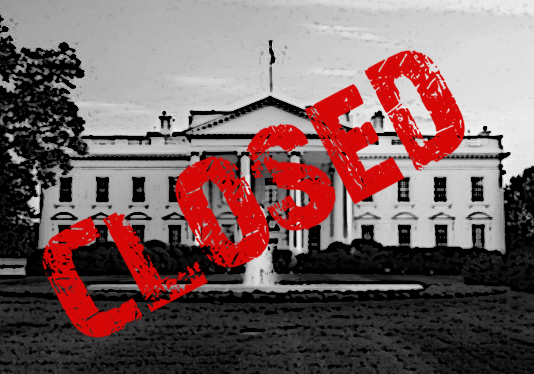 For those of you who aren’t aware (I know most of you aren’t, so don’t lie), our government is currently shut down. This hasn’t happened in 17 years. We all attend a public university, and we all are of legal voting age, so yeah, I would say it is pretty damn important that you all know how/why this is happening and just how unnecessary it is. Before I begin, let me just clarify a few things. Yes, I am a Democrat, (for those of you who are still reading, thank you). Yes, I have “Barack/Biden 2008,” “Women for Obama 2012,” “Jews love Obama,” and my personal favorite: “I’m Ready For Hillary” stickers plastered on both my laptop and guitar case. Yes, I am a political science major and therefore think that it is only common sense that every 18-22 year old undergraduate college student should be at least minimally up to date on the political goings on of our country. But, more importantly, I am an American, and the actions of our political leaders right now are laugh-worthy.

To those of you who don’t believe that healthcare is a universal right, I respect your opinion. I will never in my life understand that thought process, but I will respect it nonetheless. And to those who believe that insurance companies scam hardworking families and abandon those who are suffering, I am with you, but that is beside the point… The moral of the story is that members of the Republican Party are throwing a tantrum equivalent to those of the 5-year old boy I nanny, Benjamin. When we were playing Chutes and Ladders, one night, I told Benjamin that he actually rolled only a two, not a five, and could therefore not climb the ladder to the finish line. He proceeded to kick the board over, throw the dice in my face, and lock himself in his room. These actions, of course, earned him a scolding. The concerning part is that these same actions are, right now, earning the House Republicans their paychecks…

The Patient Protection and Affordable Care Act (or what my buddy “Almost President Mitt” lovingly coined “Obamacare”), is a 100 percent Supreme Court certified constitutional bill that was signed into effect by President Obama on March 23, 2010. I am not debating any of the details of the Act as I only have about 127 characters left, not 185,271,198. But the bill was passed. And just as Jon Stewart reminded us on “The Daily Show” with the Schoolhouse Rock clip, “I’m Just a Bill,” once a bill is introduced, voted on by both the House and the Senate, and then signed by the President of the United States, it is law. There are no “if”s, “and”s or “but”s about it — read The Constitution. Yet the Republicans have tried over 37 times in the past three years to repeal the bill and have now vowed to lock themselves in their bedrooms (continuing to be paid while doing so) until the Democrats come over, knock on the door quietly, and say “I’m sorry, you actually did roll a five. You won the game of Chutes and Ladders!”

I am not trying to say that there is one group of people to blame for our country’s situation. We definitely did not get to this point sporadically. But the facts remain that Republican Congressmen/women refuse to approve our national spending budget until the enactment of ACA is delayed a year. This collective action has left more than 800,000 federal workers furloughed, closed all of our national parks and monuments, and most importantly makes it impossible for me to live stream Mei Xiang, one of the pandas at the National Zoo, and watch her sit nearly motionless while she eats her breakfast bamboo (okay the last one was not serious, but to some it may be!).

Write to your representatives and senators and encourage them to stop taking pay while they hide behind their weak political tactics and allow their citizens to suffer (this applies to those of all political affiliation). Let them know that you, a young college student, think that their actions are embarrassing and immature. And, on Nov. 4, 2014 get out and VOTE. Our Congress has a 10 percent approval rating, so yeah, it’s fair to say “they suck.” But guess who elected them? This is when you feel guilty about your political participation or lack thereof. In our last congressional election, 90 percent of the incumbents who ran were reelected. So before you run your mouth about how stupid Congress is, or even worse, how none of this is relevant to you, learn about how we got to where we are and do something to help us all figure out how we can move past it together, as a country — not as two parties crammed onto one piece of land. Just to bring it home, 7.5 million American children are living without any form of health insurance. Does that leave a good taste in your mouth?

Views expressed on the Opinion page do not necessarily reflect those of the Daily Nexus. We welcome all submissions; please include name & major and keep columns under 550 words.

A version of this article appeared in the Thursday, October 3, 2013 print edition of the Daily Nexus.

Neatly put–hanks for laying it down so precisely!

“I know most of you aren’t, so don’t lie” <talk about condescending

We’re not here to solve the case of the missing scumbag, we’re here to comment on this article.

Maybe I don’t believe in universal healthcare as a basic human right because I elect not to be a socialist or a communist. The socialist and communist bent will ruin the best health care system in the world and simultaneously be the un-affordable care act. Do the math. We aren’t going to add 40M people to the health care system for free AND reduce costs. What a shameful lie to feed to the American people. IMHO some things are worth stopping even if it causes some inconveniences.