On Tuesday, the UC Board of Regents approved plans to renovate the Blake House — a university-owned 1920s-era mansion that housed five UC presidents until 2008 — for repairs that could cost from $3.5 million to $6 million.
Sitting on 10 acres of Mediterranean gardens in Kensington, California — located just four miles north of UC Berkeley — the palatial Blake House will finally see a series of reconstruction efforts after being deemed uninhabitable back in 2008, when the presidential term of former UC president Mark Yudof first began. The UC Regents’ buildings and grounds committee voted unanimously to spend $370,000 on planned renovations and to put another $250,000 toward exploring options on what to do with the estate after renovations — whether that be performing a full-scale repair or selling the estate.
If the Regents move forward with full-blown renovation of the mansion, the building will be used as a residence for the new UC President, as well as a potential space for a UC conference center, a study center, a residence for visiting scholars or simply “a venue to host larger events,” according to Sadia Saifuddin, UC student regent nominee for the 2014-2015 school year.
“I think the conversation is going toward possibly renovating the building so that we can have a more sustainable place to host events … and also to have a place to house university presidents,” Saifuddin, a fourth-year UC Berkeley social welfare major, said. “Right now, they rent out properties for the president … such as President Napolitano’s new [almost] $10,000 rent.”
If the Regents decide to fully repair the Blake House, UC President Janet Napolitano will get to move into the mansion from her current Oakland residence, which is also funded by the UC system, which pays a monthly rent fee of $9,950 for it. Furthermore, current expenses related to leased residences, moves, alterations and entertainment for presidential functions are costly affairs that could potentially be pricier than fixing up Blake House, according to Tuesday’s Regent agenda.
Saifuddin said that while the costs of Blake House and other large-scale UC projects may seem extravagant, the UC system sees much of its funding go toward smaller, everyday costs that may not exactly seem expensive at first glance.
“There is money being spent in these small day-to-day operations over time,” Saifuddin said. “We don’t see those numbers, and we don’t think those numbers are particularly large, and they don’t really go on the radar because they’re so small and inconsistent. But those always add up.”
But despite media backlash criticizing the Board’s decision to renovate the house in order “to accommodate essential entertainment functions of the President of the University” — as stated in the Regents meeting agenda — student regents, like Saifuddin and 2013-14 Student Regent and law student at UC Irvine Cinthia Flores, contend that the space will serve as more than just the presidential palace.
“If we decide to continue, we would also see it as a multi-purpose space, using it to host fundraisers or host events, or conferences, or maybe teach classes,” Flores said. “That’s something that was reassuring to me as a student regent — that we’re trying to maximize the value of the space by using it for nontraditional purposes.”
The last UC president to live in the abandoned mansion was UC President Robert Dynes, who was the university’s president from 2003 to 2008. When former UC President Mark Yudof took the helm at the UC after Dynes, plans to renovate the estate were put on hold due to the national economic recession.
Flores, who is on the committee that approved Blake House renovations, said the decision to restore the mansion has been long overdue.
“This is a house whose repair has been postponed for quite some time — for over about 8 years,” Flores said. “Now is an appropriate time to be considering whether or not we would like to use the space for UC purposes, or to potentially use the space as a revenue generating property.”
All funds for the renovation will come from the Edward F. Searles Fund, a $188 million endowment to the UC that is intended to pay for expenses such as chancellors’ facilities, fundraising activities and rent for UC presidents — all expenses for which the state does not provide funding.
According to Saifuddin, money spent on renovation of the 13,000 square-foot building, first built in 1924, will actually economically benefit the UC in the long-run by serving as a setting for fundraising events and other charitable activities. Such a function of the space, according to Saifuddin, would mirror the chancellors’ events that currently take place at each UC campus.
“I think a lot of events are not just entertainment, or for people to have a good time, but more so about fundraising,” Saifuddin said. “A lot of work that goes on behind the scenes to make sure that we are getting the funding we need.” 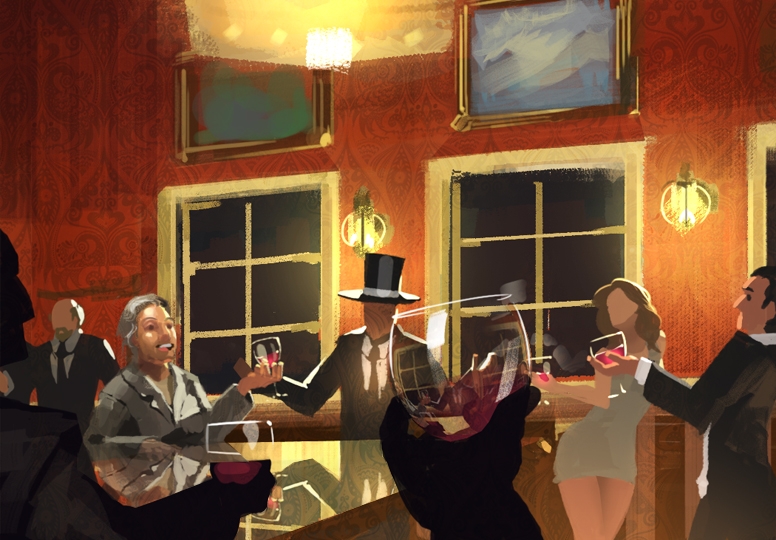 Having lived in the neighborhood for many years the Blake Gardens are very special to the community so I am very happy to hear you are in the process of renovating the Blake Mansion.

The garden is an absolute gem and the house should be fixed and used to match it. Over the years the garden has been revitalized and cared for by a very dedicated team. So it is always somewhat sad to walk through the gardens and see that the house has not been taken care of.

This is the right thing to do, finally.