The Daily Nexus
News
UCSB Student Releases Debut Single Today
May 31, 2013 at 5:00 am by Carissa Quiambao 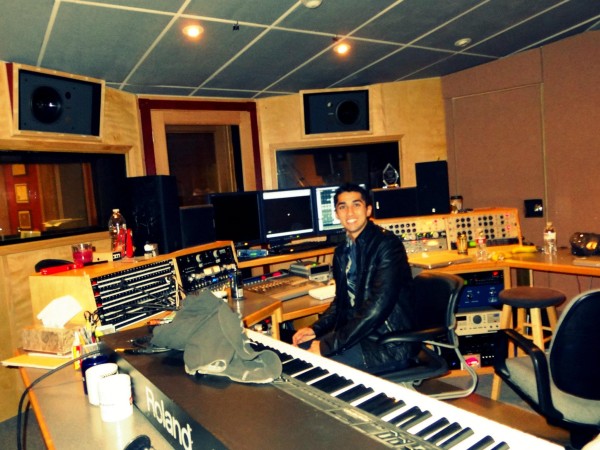 First year economics and political science major at UCSB Riju Malakar just got signed to Sony’s PMW Records for his hit single, “Skyline,” which drops on iTunes today. The Nexus held an exclusive interview with the upcoming singer-dancer about his new rise in the entertainment industry.

When did you find out you first got signed?

I was 16; it was the beginning of my senior year. I’ve been in acting and modeling since I was in fifth grade and I’d always been trying to become an entertainer. I was on SFcasting.com, and there was an advertisement by a small record label asking for new talent, so I submitted my profile to them and 2 or 3 days later I got an email back that said “Thank you so much for your submission, but we’ve got another candidate. Good luck on your future endeavors.”

Being in acting and modeling, you’re used to rejection, so I didn’t think anything of it. But the thing is, usually with record labels, if they have their address out there then everyone would send them their demos all the time. If it was that easy to send demos out to them, everyone would do it. See, what I really wanted was an email address, and that’s what I got. So I replied to their email and sent a four page letter saying: “This is my life, this is what I’ve been doing. Can you please give me 2 minutes of your time and I’ll show you that I have what it takes.” A week later I got a call from someone saying “Hey, this is Joe. Is this Riju Malakar?” — he totally butchered my name — “This is your two minutes, now show me what you’ve got.” And within a month and a half, I was in Cypress, California recording my song.

What exactly did you do in Cypress?

We recorded “Skyline,” which is my song coming out tomorrow, May 31. I’m excited. It’s going to be on iTunes, it’ll be on the radio, it’ll be on YouTube. I’m just trying to get it out right now.

The song was originally on piano, I wrote the words and everything. Over a two and half month process, I was working with Patrice Wilson — one of my managers — and with him, I was working on “Skyline” for a long time. So we went down to Cypress, went to the studio, and in one day, we recorded “Skyline.” After recording it, I flew down again, we shot a music video for it, then we shot two more videos. The latest one that was shot was actually by the same director for Chris Brown’s music video, “Tha Razor.” He also directed some of E-40’s stuff.

The day started at 5 a.m., they had wardrobe, told me what to wear, we had a green screen, then we did some on-location shoots, then we went to Laguna Canyon Road and a lot of other places just doing things over and over again. Then when we went to Oakland to shoot, we were there from 5 a.m. to after midnight, and they had someone on call because I was sweating so much. We were in this warehouse and there were 40 dancers and we had the fog machine going, and cars were on so we could have signal lights on, and I was wearing a jacket, a shirt and another shirt underneath it. It was scorching.

What will you be doing after your single is released?

This week I’ll just be trying to get the word out, ill be releasing a lot of videos in the next month, my mixtape is dropping and it’s called Rejuvenate, because my name is Riju. I was also thinking of auditioning on this season of X Factor. If we did that it would open another door, but until then I’m just hoping to build a big enough fan base. Hopefully this song gets my foot in the door.

What are some of your other plans?

I have one plan involving Isla Vista. I want to make a song called “I.V.” Next year I’m moving in the Jack Johnson house on Sabado Tarde, so we’re thinking of shooting a video there for a song called I.V.

How is a song a hit before it’s been released? Was this a song that was viral beforehand or something? What am I missing?