The Daily Nexus
News
A.S. To Swear In Next Year’s Executive Officers
May 21, 2013 at 5:00 am by Tiana Miller-Leonard and Carissa Quiambao

Associated Students Senate will swear in the elected student officials for the 2013-2014 school year at their weekly meeting on Wednesday. 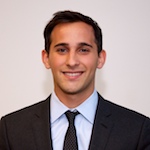 President-elect Jonathan Abboud said he plans to create an endowment fund for Associated Students and initiate renovations to the University Center, as well as seek out student input in regards to expanding A.S. staff and improving UCSB’s public image.

For the A.S. Endowment, Abboud said he is on the search for a $100,000 initial investment, looking to sources like alumni donations and capital reserves. The endowment would provide future funding for the A.S. budget through collected interest. UCen changes also rank high on Abboud’s to-do list, as he said his presidential term will mark a window of opportunity for student-led renovations to the campus building, which would be completed through revenue-generating solutions.

Additionally, Abboud said he hopes to increase the amount of control A.S. student officials have over the expansion of A.S. staff, ensuring staff salaries do not unfairly deplete student funds.

“We’re in the beginning stages of thinking about how we can do it so that any decision to hire new staff has to be approved by the Senate,” Abboud said. 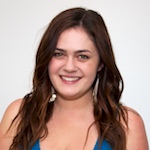 Internal Vice President-Elect Kyley Scarlet said her top priorities for her term as IVP are more effective training and guiding of Senators, as well as improving publicity relations for A.S. Scarlet said she plans to start training student senators as early as possible, acquainting them with the legal code immediately and helping them refine their agendas to ensure projects are realized.Senators will be expected to make significant progress over the summer.

“They’ve already got homework from me,” Scarlet said. “I’m going to utilize at least one summer meeting, as well as group projects. I want them to be meeting with admin over the summer.”

Scarlet also hopes to improve the exposure and outreach of A.S. through better media relations, and she has already created an A.S. Press Secretary and Communications Director, who will work on advertising events and other media concerns. Additionally, Scarlet plans to live-stream weekly Senate meetings for all of campus to see. 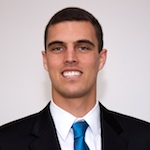 As the A.S. External Vice President of Local Affairs, Alex Moore said he will improve safety conditions in Isla Vista through a new Bluelight smart phone application that allows students to make faster emergency calls. Moore also said he will advocate “Keep It Local” campaigns for Halloween and Deltopia, and added that he will institute student lobbying efforts at the local, countywide level.

“I talked about maybe having student lobby type conference things, where students actually speak to the Board of Supervisors and students express their concerns directly to them,” Moore said.

These efforts could tackle Isla Vista’s most controversial issues and laws, such as the Social Host Ordinance. The Bluelight application being spearheaded by Moore allows users to push a button to send an emergency warning, and it automatically sends user location and personal information to a friend or to 911. The device has already proven successful, reducing police response time by as much as 44 percent at other campuses, Moore said. 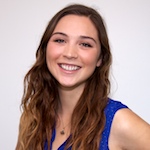 Additionally, Choate is going to reach out to specific departments and organizations in gathering up students for lobbying efforts. Since being elected into office, she attended the most recent UCSA meeting and officially launched her efforts to bring a UC Regent to campus.

“I met with them one-on-one, and he said that he would be willing to come to campus and meet with students,” Choate said. “I have his contact information and I’ll be setting that up over summer, so we’ll be ready to go in fall.” 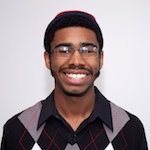 Student Advocate General-elect Kristian Whittaker plans to offer more precise definitions for the positions in his office, while striving to incorporate a wider range of perspectives to his team.Specifically, Whittaker will replace the current Housing and University divisions in the SAG Office with four new divisions: the Academic Division, Housing Division, Student Conduct Division and the Public Interest Division.

Additionally, Whittaker offered some criticisms of current Student Advocate General Yoel Haile, noting that he would act more objectively than Haile. Whittaker said Haile’s objectivity has been called into question by his decision to hold a stance on the issue of divestment.

“Just the mere fact he was there in solidarity with one side or the other, definitely doesn’t seem the right message for the office,” Whittaker said. Whittaker said he hopes to make the Office of the Student Advocate General more objective and neutral, and on the issue of diversity, he said the current office achieves “physical” diversity but lacks more “mental” diversity. A version of this article appeared on page 1 of May 21st’s print edition of the Daily Nexus.