A third-year UC Santa Barbara student was arrested on the night of Nov. 6 for three misdemeanor charges of battery, public intoxication and fighting in a public place after allegedly assaulting multiple individuals both in and around Rockfire Grill in Isla Vista while yelling a homophobic slur at people in the vicinity. 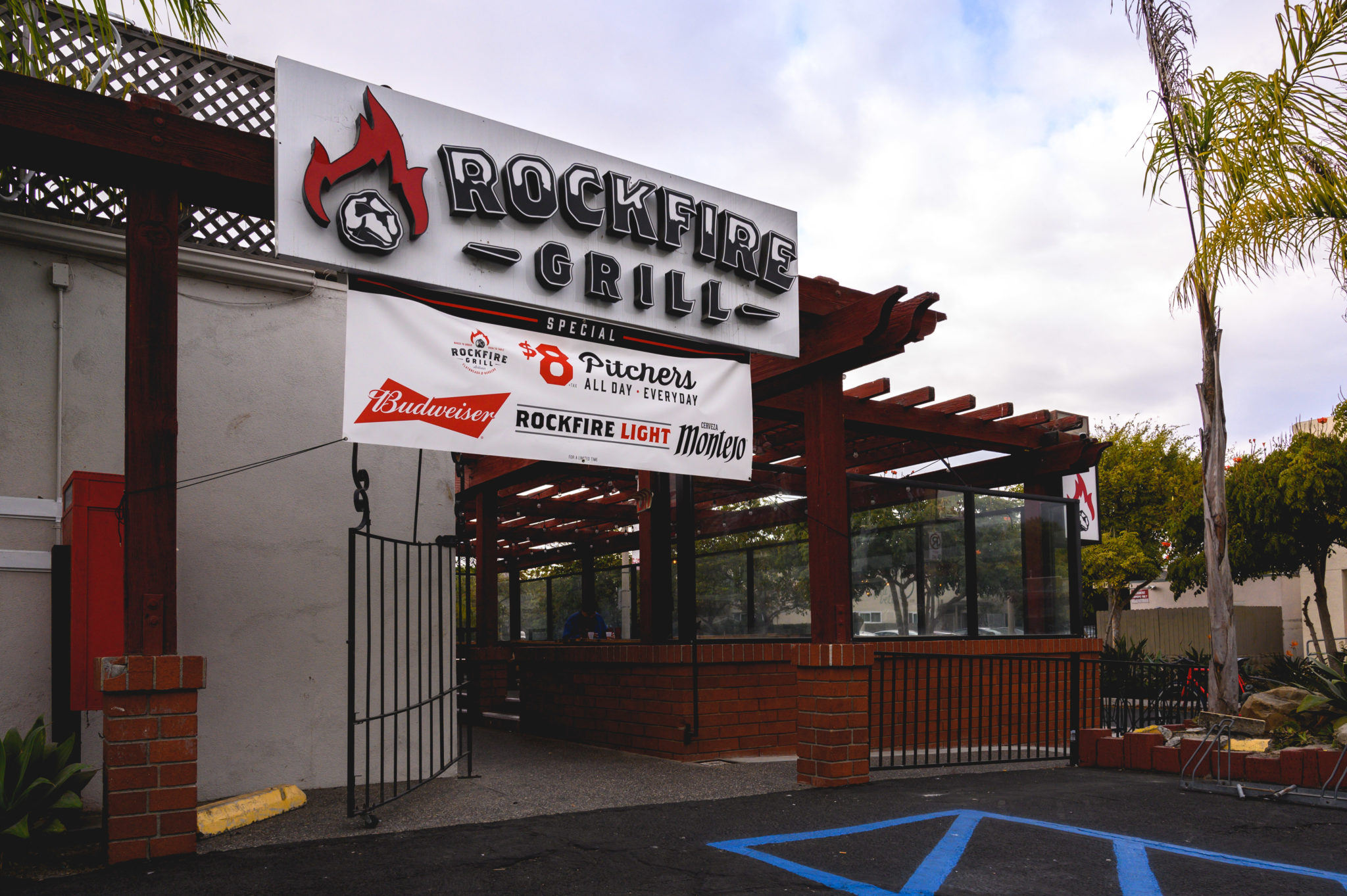 According to a booking report obtained by the Nexus, Tucker Steil, a third-year anthropology major, was arrested between 11 p.m. and midnight by the Isla Vista Foot Patrol and held on a $2,500 bail after officers responded to reports of a “fight brewing” at “6598 Pardall Rd (Rockfire Grill).”

Steil is a transfer student in his first quarter at UCSB. He did not respond to multiple requests for comment.

Steil had also been previously arrested for assault in Mississippi in 2015, when he was a freshman at the University of Mississippi.

Upon arrival, officers arrested Steil, who had “blood on his clothing.” The victim was bleeding from their lip following the altercation with Steil, according to the booking report.

According to the booking report, a witness at the scene spoke to the officers, stating that they saw the “victim and & Steil (suspect) fighting/throwing punches and that the word ‘faggot’ was being exchanged.”

According to Oscar Perez, a second-year UCSB student who spoke to the Nexus, Perez was walking to Rockfire Grill when he and his group of friends were approached by a man — who Perez later identified as Steil — with blood on his shirt, who began following them. The man also called one of Perez’s friends a homophobic slur, Perez said.

After the man left, a woman approached them “checking for blood on our hands,” Perez added. Perez pointed out the man who had been following them to the woman, who she then ran up to. She was looking for the man who was “saying all the bad stuff about homosexuals,” according to another student present at the scene who requested to remain anonymous and verified Perez’s recounting of the events.

At this point, the man punched her and began kicking her while she was on the ground; a fight then began between an unknown number of people in the middle of Pardall Road, near Six Pak Shop, according to the unnamed student.

Once detained, Steil admitted to officers that he used the word “faggot” during the altercations and that he had consumed multiple alcoholic beverages that night, according to the booking report; the report also stated that “[Steil] was determined to be the aggressor.”

A person who identified themselves as a victim of the incident posted on Twitter detailing their injuries: “The word ‘FAGGOT’ cost me a concussion, 7 stitches, a fractured nose, and 3 broken teeth,” they said, adding that one of the women assaulted also had a hand broken.

They also stated that they will be “taking all actions necessary to have [the attacker] face all possible consequences.”

“The chancellor, judicial affairs, and anywhere else. Enough is enough. There is no room for hate, only love,” one of the tweets read.

Because news of the Rockfire altercation spread quickly through social media, many students and community members had learned about the situation through unofficial channels, Isla Vista Community Services District (I.V. CSD) Board President Ethan Bertrand said at the Nov. 12 meeting.

Bertrand addressed the incident and criticized the lack of communication between the community and public safety agencies when serious situations arise.

“It’s absolutely maddening that members of this board and members of the community heard about this through Twitter and not from our public safety agencies who respond to this. And I say that it’s maddening because we’ve dealt with this before,” Bertrand said during the meeting.

“It’s unacceptable and offensive as a member of this Isla Vista LGBTQ community to have this go on and for it to not be worthy of public attention and not to be worthy of a serious community response.”

When the board discussed the availability of I.V. CSD press releases to the public, one student — who said they are friends with one of the victims in the Rockfire incident — echoed Bertrand’s thoughts regarding the critical role that widely available information plays in the public.

“The fact that multiple sexual assaults have occurred this past month and there was a hate crime against someone who’s actually very near to my heart, it is not okay that we don’t have people standing up for us,” said the student, who did not identify themselves at the meeting.

“Seeing a press release with transparency would be really helpful to the community to help us heal. Having all these incidents back to back to back has been a lot for a lot of different students and showing survivors that there are these resources that you provide as our government on a local level would be very beneficial,” the student continued.

During public forum at the Nov. 13 Associated Students Senate meeting, Off-Campus Senator Kimia Hadidi also spoke about the altercation and described the incident as a “homophobic hate crime.” She added that one of the victims sustained a concussion, seven stitches and a broken jaw.

“I want to advocate for this,” she said. “Not because this person asked me to but because hate crimes in our community aren’t something we expect, because we believe that everyone is open minded.”

“We do have to remember there are some people in our community who do hold that hate in their heart.”

Hadidi called for more transparency between law enforcement, the university and its students, telling the Senate that, “I think it’s a little bit unacceptable that some of you are looking at me like you’re hearing this for the first time and that we haven’t heard about it as a community from our administration.”

The next day, on Nov. 14, Vice Chancellor for Student Affairs Margaret Klawunn and Assistant Vice Chancellor and Dean of Student Life Katya Armistead sent an email to all students regarding a “physical assault” incited by “homophobia, racism, and/or xenophobia.”

“We find acts of violence intolerable, and those motivated by bias rooted in homophobia, racism, and other oppressive prejudices particularly despicable,” the email read.

UCSB administration is currently in contact with those involved, according to the email, and said the absence of a Timely Warning was a result of the crime occurring on a location not covered by the Clery Act.

The email included a promise from administrators to keep a clear line of communication with students regarding safety concerns. Previously, administration held a town hall where students voiced a need for active communication between public officials and the community, following multiple allegations of sexual assault.

“Still, we want to share this information with you promptly so that you are aware of the incident and know that we are responding,” Klawunn and Armistead added in the email.

IVRPD used to provide a detailed weekly list of all arrests in IV and where the lawbreaking occurred. Perhaps the CSD could look in to why that stopped.

Why did the Nexus stop doing the police blotter? And why is this being reported two weeks after the incident? Strange.

There are several reasons for a possible delay in reporting. Oftentimes police reports are not completed until days afterwards. Agencies often hold up release of reports in order to redact confidential information such as addresses, drivers license information and phone numbers of involved parties. Where injuries are involved, medical information has to remain confidential.